German authorities say they have received warnings of possible attacks on Berlin and Dresden train stations, and the weekly anti-Islamization PEGIDA rally. The information came from foreign intelligence agencies. 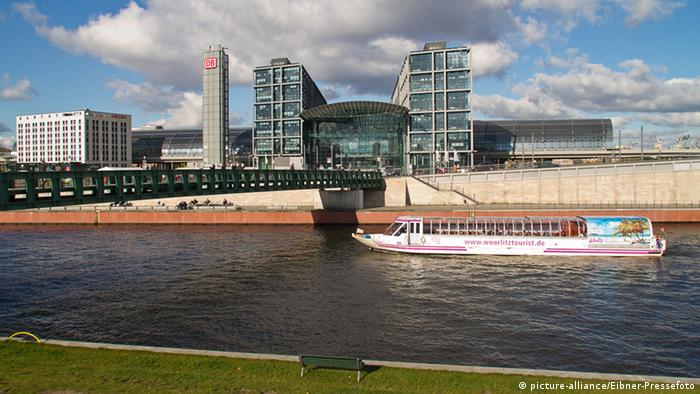 "German security authorities are doing everything they can to protect the public as effectively as possible," Interior Minister Thomas de Maiziere said in response to the news published on the website of weekly news publication "Der Spiegel" on Friday. He added that not all protective measures were visible to the public.

The warnings concerned possible attacks on the two main train stations in the capital Berlin and in Dresden, where the weekly PEGIDA (Patriotic Europeans against the Islamization of the West) demonstration was also cited as a possible target. "We've been tipped off about possible attacks on these rail stations," according to a security source quoted by Der Spiegel.

The route of the Monday PEGIDA rally goes close to Dresden railway station.

The intelligence agencies had monitored communications by "known international jihadists" according to the report. "We're taking these tips seriously," Der Spiegel quoted a high-ranking security official as saying.

German police carried out a series of raids on Friday as 250 officers raided twelve homes and a group linked to radical Islamists.

Police said the arrests followed months of investigations of five Turkish citizens aged 31 to 44 who were suspected of "preparing a serious act of violence against the state in Syria" and money laundering.

Press officer Martin Steltner at the public prosecutor's office said the raids were unrelated to the Islamist militant attacks in Paris last week. "It must be said very clearly that there is no connection to the attacks in Paris and there are no indications that the attacks were planned in Germany," Steltner said.

Police said one of the men arrested was the leader of a group of Turkish and Russian citizens of Chechen and Dagestani origin. He had radicalized the group through lessons on Islam. The other man arrested was responsible for the group's finances.

Caucasus refugees need 'a sense of orientation' in Berlin

Some men from Chechnya and Dagestan were among the suspects in a major Berlin police raid against Islamists. In Berlin, Ekkehard Maass works closely with those from the region and discusses whether they pose a danger. (16.01.2015)

In connection with the Dresden death of a young refugee from Eritrea, DW spoke to the head of a counseling service in the city in eastern Germany that is at the center of protests against Islam and immigration. (15.01.2015)