Australian towns have made headlines complaining of "bat tornadoes." But ecologists say flying foxes are vital to preserving forest and need protection from climate change and habitat loss. 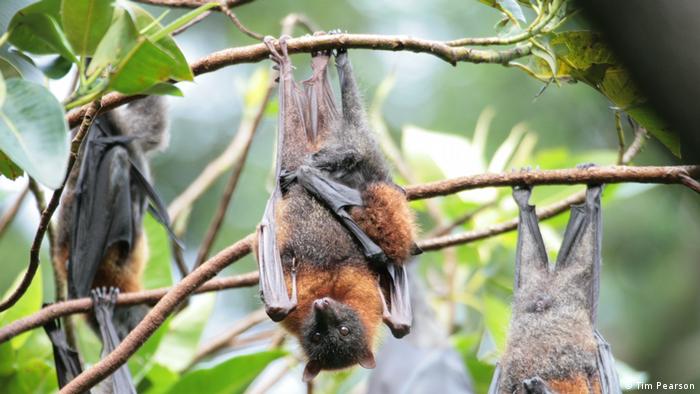 Earlier this year, the term "bat tornado" started appearing in the Australian and international media. It all started with a BBC report from the town of Ingham in the north eastern state of Queensland, where the population of flying fox bats had apparently "exploded" over the last two years, leaving residents fed up with their noise and smell.

And Ingham residents are not the only ones. Complaints are also coming from other Australian towns that have long played host to large flying fox "camps."

"It looks like a thunderstorm is coming when they fly over, thousands of these winged flying foxes arriving at dusk, just one after the other," said Justine Taylor, a retail worker who lives near the town of Grafton, New South Wales, which can host more than 100,000 flying foxes at a time.

The sound can be overwhelming. As can the stench from their urine. And flying foxes can also carry the rabies-like Australian bat lyssavirus, and Hendra virus.

The Australian Department of Health insists there is negligible health risk to humans from any bat. But the idea that they are carriers of disease hasn't helped their image.

"I used to dread them, hoping they would roost in someone else's garden," said Taylor. "They'd screech and chatter, you just couldn't sleep. Even in the day, if you were by the river, you'd hear them." 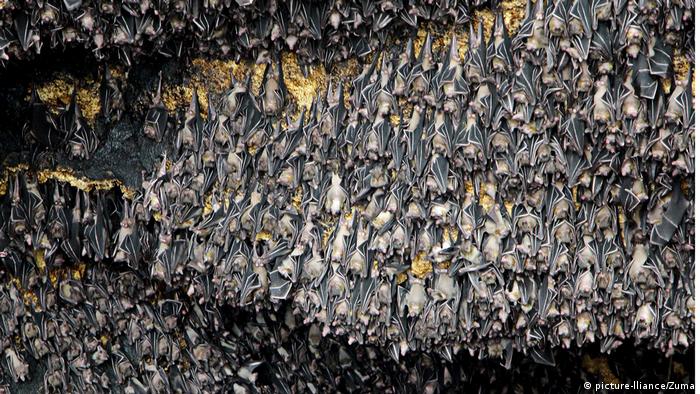 The town of Grafton can host more than 100,000 flying foxes at a time

Travelers in search of wood and water

The Australian mainland has four species of flying fox — also known as fruit bats — two of which are listed as nationally protected species. Some can reach a wingspan of 1.5 meters.

Flying fox camps have been likened to railway stations, where crowds of the animals come and go each day. They may travel up to 50 kilometers (30 miles) in a single night, and 1,000 kilometers (620 miles) seasonally, depending on food availability.

They also need a good source of water, drinking small amounts frequently to stay hydrated without weighing themselves down in flight. Susan Island, located in the middle of the Clarence River that runs through the city of Grafton, has become an ideal congregation spot.

But climate change and deforestation are making their movements less predictable. As their habitat is lost or water sources dry up, they seek refuge in urban or suburban areas. "They're being forced into areas they would not normally be," said Tim Pearson, an ecologist and chair of the NGO Sydney Bats.

And while some Australian towns may be seeing an influx of flying foxes, nationally, their numbers have dropped significantly. 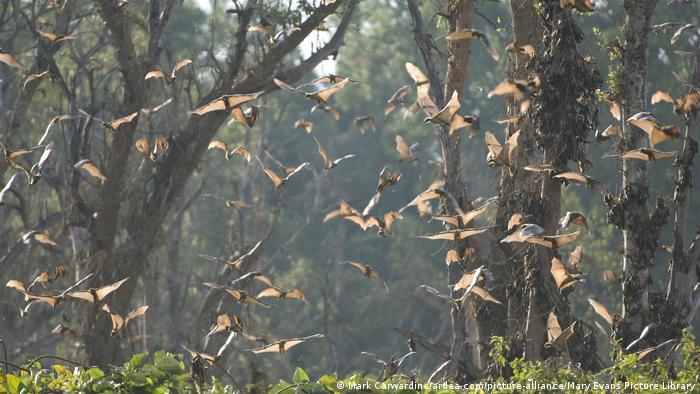 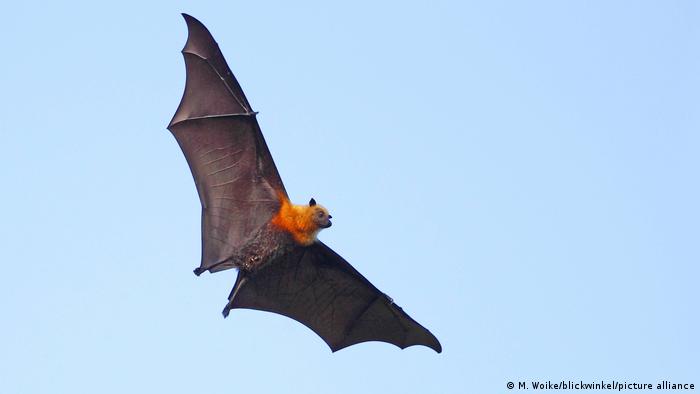 The wingspan for some flying foxes can be as much as 1.5 meters

Perishing in the heat

Extreme temperatures over recent years have wiped out thousands — sometimes even tens of thousands — of animals at a time, with media reports showing heaps of corpses where they have fallen from trees suffering extreme heat stress.

Australia experienced the hottest November on record this year, with temperatures reaching the mid-40 degrees Celsius in some regions.

And bats are more exposed to heat in towns and suburbs where they don't have the protection of thick forest.

"This latest catastrophe to befall some of Australia's largest bat species is a symptom of a much larger problem — Australia's deforestation crisis," said Matt Brennan, head of Tasmania-based Wilderness Society. "Eastern Australia is now a designated global deforestation hotspot, alongside places like the Amazon, the Congo and Borneo."

Some towns are trying to help them. Yarra City council in Melbourne has installed sprinkler systems where flying foxes come to breed in huge colonies on the Yarra River, to try and keep them cool.

And along the Parramatta River in Sydney, the New South Wales state government has helped fund a project to plant trees to provide the bats with more habitat and shade. 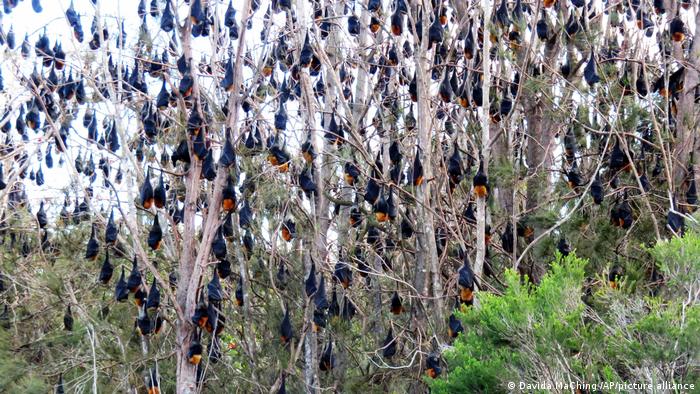 However, these well-intentioned interventions don't always hit the mark. Pearson says sprinklers can startle heat-exhausted animals, increasing their stress levels. And ultimately, making urban environments more hospitable to bats is no substitute for preserving the forests where they are naturally at home.

"You can plant trees to give the flying foxes more habitat, but the real problem is climate change and ongoing deforestation," said Pearson.

While flying foxes suffer from loss of trees, loss of fruit bats is, in turn, bad news for trees. As flying foxes pop their heads into flowers to feed on nectar, or consume fruit and excrete the seeds, they help eucalypts, melaleucas, banksias and many species of rainforest trees and vines, to reproduce.

Pearson warns that if we don't address climate change and halt deforestation, Australia's flying fox numbers will fall so low within the next few decades, they will no longer be able perform this vital role.

"I think they will survive in some pockets along the coast where there is food and water," he said, "but they will not be acting as the pollinators and seed dispersers that are so necessary for our forests to survive."

Learning to love our winged neighbors

Pearson is among the flying fox's fiercest defenders. He's studying their vocalisations and says the din their human neighbors complain about is actually the highly developed communication of an intelligent and intensely social species.

He wants the public to stop seeing them as disease-carrying invaders and start appreciating fruit bats for the extraordinary animals they are: "It's through educating people, raising awareness about how important these flying foxes are for ecosystem health that we may be able to save them."

In Grafton, spectators now sometimes gather to watch them on their nightly search for food.

"When I realised people were coming from around Australia just to see the bats here out of curiosity, I started to find out more about them, appreciate them," said Taylor. "People actually row out to the island to see them!"

"I guess the bats are kind of funky," she admits.