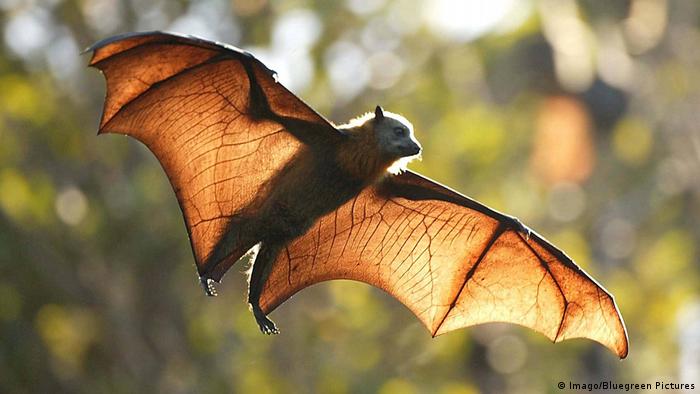 Australia's flying-fox bat weighs up to one kilogram (2.2 lb)

Animal rescuers in Sydney's outlying suburbs described "heartbreaking” scenes of Australia's largest but vulnerable-listed bat species dying by the hundreds, if not thousands.

Volunteers had used fluids to save 80 juvenile "flying foxes” but at least 500 youngsters had succumbed to the heatwave, said Cate Ryan of the WIRES wildlife group from Campelltown, west of Sydney.

"They have less heat tolerance,” she said. "Their brain just fries and they become incoherent,” often falling to the ground while adults managed better in seeking out precious shade.

The grey-headed bat, Pteropus poliocephalus, lives in wooded and swamp regions along the continents eastern coast, from southern Queensland, through New South Wales of which Sydney is the capital, to Melbourne, Victoria.

They are regarded as "keystone pollinators and seed dispersers” for over 100 species of Australian native trees and plants but are sometimes hunted or netted as nuisance foragers by fruit-growing orchardists.

On Sunday, temperatures topping 45 degrees (113 Fahrenheit) were recorded around Sydney - making it the metropolis' hottest day since 1939.

Already in 2008, researchers in a Royal Society Biological Science Proceedings article attributed climate warming to a series of bat deaths in New South Wales, saying it contributed to species decline.

"Temperature extremes are important additional threats to Australian flying-foxes and the ecosystem services they provide, and we recommend close monitoring of colonies where temperatures exceeding 42.0°C are predicted," they wrote.

The Australian federal government in an "action plan" launched in 1999 said loss of native habitat and destruction of roosting and foraging spots had left the species "vulnerable."

New South Wales' state government says it has a policy of encouraging orchardists to net foraging bats and not shoot them.

Its program of subsidising nets was, however, closed down on in June, 2017.