The first privately-operated high-speed passenger rail service in the US now boasts a new connection to Miami. Daniel Hicks reports from Florida. 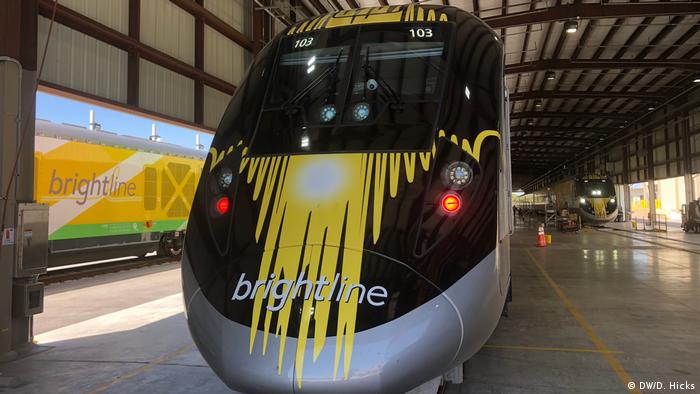 As a German-American and small business owner, he wondered for a long time why the Sunshine State lacked a sleek, high-speed train system similar to the one he used to ride in Germany or that exist in other European nations and East Asian countries like Japan. Well, not anymore.

Since January 13, the first privately-operated, high-speed passenger rail service in the US has been carrying hundreds of daily South Florida commuters between West Palm Beach and the city of Fort Lauderdale, its neighbor some 60-80 kilometers (37-49 miles) to the south along the Atlantic coast.

And beginning May 19, Brightline will be able to carry riders further south via a new connection to Miami, the bustling metropolis and gateway to Latin America.

Later this year, All Aboard Florida, the company that owns Brightline, plans to launch a second phase of the rail project and to extend the service to the central part of the state. Eventually, a new station will break ground in the growing metropolis of Orlando, which has witnessed a huge influx of American citizens from Puerto Rico after Hurricane Irma devastated the Caribbean island last year.

Once the 240-kilometer leg of the service route from West Palm Beach to Orlando is complete, up to 20 million people a year are expected to travel between Orlando and Miami, two of Florida's most popular tourist destinations.

Profiting from own assets

"All Aboard Florida capitalized on assets they already had," said Andy Kunz, president of the US High-Speed Association in Washington, D.C. "They owned the tracks, unlike California and Texas that face the challenge of acquiring land that covers hundreds of miles."

So while it will be another 15 years before California completes its high-speed rail system, Brightline in the meantime promises to improve mass transit throughout Florida, reduce passenger car traffic between Orlando and Miami as well as provide a more sustainable alternative to road travel.

And with the private sector backing it, Kunz said that Brightline shows that high-speed, passenger rail systems do not have to become a money pit for the public sector. As a backdrop, the US Congress is currently debating a significant boost to infrastructure spending. 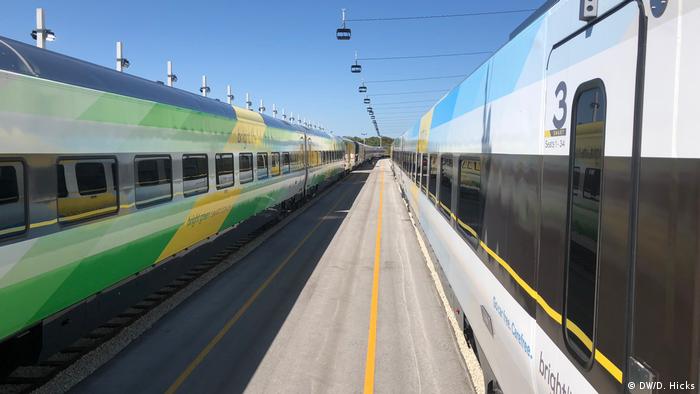 Brightline partnered with Florida Power & Light to fuel its trains with clean biodiesel. The local utility giant will supply 2 million gallons of the blended mix annually from production facilities in Palm Beach County

With Brightline, the history of rail transportation and urban development in Florida come full circle.

The economic benefits that will flow to local municipalities and Florida East Coast Industries are an example of transit-oriented development or TOD, a set of urban planning and land-use principles embraced by a new generation of real estate developers.

TOD focuses on meeting an increasing demand from both US millennials and their baby-boomer parents for a high quality of life within mixed-use, urban places served by efficient transportation systems like Brightline.

A well-designed TOD empowers people with a choice to walk, cycle, or use public transportation to meet their daily needs. In other words, TOD is an urbandevelopment response to the congestion, carbon emissions, and inefficiency of suburban sprawl.

"The car promise didn't deliver," said Kunz. "The history of urban development is compact, walkable and clustered around transit stations. Even the early suburbs were walkable. But in the 1950s, we started to orient everything around cars. Cars disperse people. Everything becomes separated. We have hit the limits of traffic congestion through commuting and highway expansion."

As an example for Miami, Kunz pointed to the Japanese, who perfected a network of high-speed trains that drop off thousands of people at a time at local stops across the country. This has led to high-density, urban development and tremendous value creation around each station.

Kunz added that the heart and soul of TOD is sustainability. By combining compact, walkable communities with high quality rail systems, urban centers create low-carbon lifestyles by enabling people to live, work, and play without depending on cars for mobility.

This type of lifestyle reduces energy consumption and carbon emissions by up to 85 percent. Through a higher quality of life, TOD offers a triple-bottom line solution to economic, social, and environmental sustainability, he said. Sustainability extends to the physical trains as well.

Siemens AG, the 160-year-old German engineering conglomerate, was chosen as a partner by All Aboard Florida in 2014. The two worked together on the development, design and delivery of the initial five trainsets, which consist of two diesel-electric locomotives and four passenger coaches.

"Brightline is the most modern intercity train in the US," said Raymond Ginnell, head of passenger coaches for Siemens Mobility in the US. "It is the first in the next generation of mainline passenger trains, which feature the most energy-efficient, lightweight diesel-electric locomotives in North America." 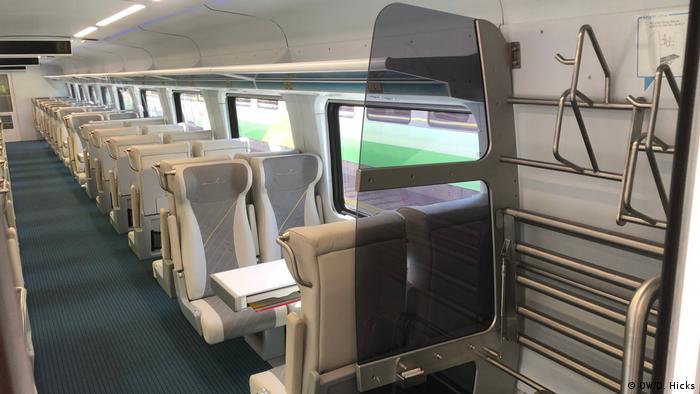 Siemens is working with transportation agencies in multiple states and has developed an extensive US-based supply chain to support Brightline and its other US projects. Dozens of suppliers are scattered across more than 20 states, including California, Georgia and Ohio.

For Rose in West Palm Beach, there is an added bonus to the development and modernization of sustainable infrastructure that he claims will be a boon for his business and his quality of life.

Quiet zones, which were part of an original agreement between All Aboard Florida and the municipalities lining the train route, are finally coming into effect this month, starting in West Palm Beach. The zones are a welcome relief for Rose, his guests and many other residents who have prayed for silence since the beginning of the year, when the zones were supposed to coincide with the start of the Brightline service.

All Aboard Florida paid for the zone upgrades at close to 200 intersections along its route. They have extra gates, lights, bells as well as raised medians and curbs.

"It's a world of difference," said Rose, joking about what locals commonly refer to as the "Palm Beach Pause," that brief moment of silence between constant jet noise or train blast.

"Fifty trains a day times 26 crossings, times four train-horn blasts per crossing… that's more than 5,000 blasts a day of up to 100 decibels per blast. Today we had none. I can finally sleep at night."

Europe's rail giants have joined forces with a Malaysian firm to bid for a train project connecting Malaysia and Singapore. Together, they want to take on Asian rivals like China's state-owned CRRC. (14.02.2018)