First nest of 'murder hornets' found in the US

US scientists discovered a basketball-sized nest of Asian giant hornets some 10 months after the insects were first spotted in the country. The officials are "actively hunting" for more nests. 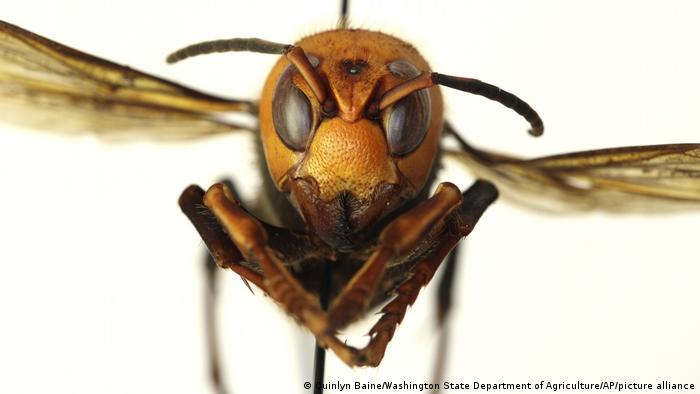 Scientists in the US state of Washington have discovered the first nest of so-called murder hornets in the country after several weeks of searching.

"Ladies and gentlemen, we did it," said Washington State Department of Agriculture (WSDA) spokeswoman Karla Salp.

The nest was found on Thursday by WSDA entomologists on a property in Blaine, near the border with Canada.

State employees trapped several of the insects and then used dental floss to "attach radio trackers to three hornets," said WSDA officials. This allowed entomologists to track the insects in flight, and one of them led them to its home.

The basketball-size nest was about 300 yards (274 meters) from the traps in a cavity in a tree, about 8 feet (2.4 meters) above the ground. The property owner is allowing the state to eradicate the nest and remove the tree.

Despite the massive attention surrounding their arrival in the US, the world's largest hornets kill only 30 to 50 people per year in Japan, one of the native habitats of the insect. Hornets, wasps and bees kill an average of 62 people per year in the US, according to the Centers for Disease Control and Prevention (CDC). It is not yet clear how they arrived in North America.

'We will kill them'

The insect, properly known as the Asian giant hornet, was first detected in the US in December 2019. It is devastating to honeybees. A small group of the 2 inch-long (5 centimeter) hornets can destroy an entire honeybee hive in a few hours. Officials said hornets have already destroyed at least six hives in Washington state since arriving last year.

WSDA entomologist Sven-Erik Spichiger said workers plan to destroy the nest on Saturday by filling the cavity with foam and covering it with plastic wrap to prevent hornets from escaping. The hornets will be vacuumed into a collection chamber after the nest is properly taken care of. Researchers believe there are between 100 and 200 hornets in the nest.

Workers will wear protective suits to prevent stings from the hornets, and will wear face shields to block the venom that the hornets can spit. 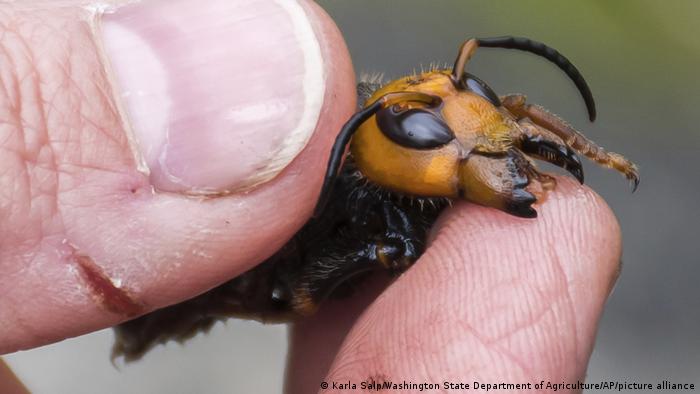 "We extract them alive," said Spichiger. "We will kill them."

The tree will then be cut down to extract newborn hornets and determine if queens have left the hive. Officials believe there could be more nests in the area.

"It's still a very small population, and we are actively hunting them," said Spichiger.