She played with her voice like an instrument. Ella Fitzgerald added her own personal touch and defined a range of jazz music styles. She would have turned 100 on April 25.

It all began with her voice. Everyone who heard it was immediately entranced. Her soft, crystal-clear tones would swing through dance halls, gliding up and down the scale.

As a performer, Ella Fitzgerald combined a certain childish naiveté and playfulness with feminine charm. With her unique talent, she first conquered audiences in New York, and later the whole world. One of the greatest jazz singers ever, she remains immortal.

It all began quite modestly, in the town of Newport News, Virginia, where Ella Jane Fitzgerald was born on April 25, 1917. Her father left the family shortly after her birth, so Ella's mother Tempie bought her up alone.

At the time, millions of African-Americans were moving from rural areas to big cities as part of the Great Migration movement. The small Fitzgerald family also moved to New York in the early 1920s, where they settled in the suburb of Yonkers, near Tempie's sister.

The house was apparently always filled with music. Little Ella soon discovered a passion for pop music, especially by Arthur "The Street Singer" Tracy and the Boswell Sisters. 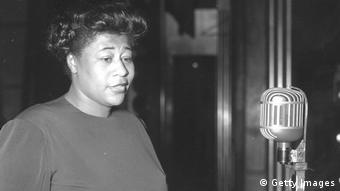 She suffered from stage fright throughout her career

Tempie encouraged Ella's musical talent with a few piano lessons, despite not having much money available to afford them. However, Ella Fitzgerald never had any formal music education.

The girl next door

The young Ella actually wanted to become a dancer.

In the early 1930s, she and her friends would watch street performers in Harlem. The girls also discovered the most popular Black musicians playing in larger clubs during the weekend. On weekdays, these concert halls, such as the Apollo Theater and the Harlem Opera House, invited amateurs to take the stage. During those amateur nights, musicians, singers and dancers could compete for the favor of the audience and win prize money, along with the hope of being discovered one day.

Ella dreamed of this, too, when she signed up to take part in one of those amateur nights as a dancer. It was quite a risk for the shy girl, as audiences wouldn't hesitate to boo a performance they didn't like.

When the curtain rose for her number, she was paralyzed by stage fright. She couldn't dance, and her knees were like pudding. The audience was growing restless and Ella spontaneously decided to sing a song by the Boswell Sisters. As the orchestra started accompanying her, she became more and more confident and completed the song to the enthusiastic applause of the crowd.

The 16-year-old Ella Fitzgerald had found her destiny.

From then on, she regularly participated in such amateur nights and began attracting the attention of people in the music industry.

One evening she was offered the chance to sing for the drummer Chick Webb. He needed some convincing at first, because he didn't want a singer in his band. Yet Webb was so impressed by Ella's voice that he hired her. He quickly became her mentor; when Ella's mother suddenly died, he took over the guardianship for the still minor singer.

Webb only progressively introduced his protégé to the music world, as he knew that sudden success could be just as quickly forgotten. At first, he restricted her repertoire to pop songs. In March 1936, Ella demonstrated she was capable of more when she replaced the already successful Billie Holiday to record a ballad with Teddy Wilson. From then on, her mentor agreed to let her sing ballads as well.

When Chick Webb died in 1939, Ella Fitzgerald took over the direction of his orchestra for a while. She then started her solo career in 1941. During World War II, she recorded with several musicians, among which the Ink Spots.

Her career only really took off after the war. In 1951, she had the opportunity to record with her great idol Louis Armstrong, and her collaboration with one of the initiators of bebop, Dizzie Gillespie, was extremely successful.

In the 1950s, she found a new mentor and supporter: Norman Granz, the founder of the famous Jazz at the Philharmonic concert series. He became her manager and founded the record label Verve especially for Ella. 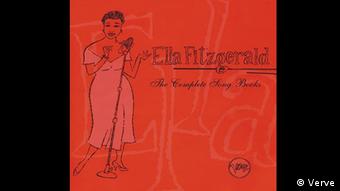 That's where Fitzgerald finally wrote music history by recording through the mid-1960s her Great American Song Books, a series of eight studio albums in which she interpreted the classics of the American musical canon, with songs by Cole Porter, Irving Berlin and the Gershwin brothers, among others. Ella Fitzgerald thereby contributed to intercultural exchange during the Civil Rights era.

In the 1970s and 80s, the aging diva's popularity was a strong as ever and she was showered with awards and honors. Fans also rediscovered her early works through new re-releases.

Health problems, however, imposed longer recovery phases in her otherwise tightly scheduled tours. Still, even a heart bypass surgery in 1986 couldn't keep her away from the stage for too long: Her fans' love was like medicine, she once said.

How Miles Davis remade jazz over and over again

He revolutionized jazz several times and dabbled in many other musical genres. In honor of the 25th anniversary of trumpet legend Miles Davis' death, here is a look back at the mark he left on music. (28.09.2016)

Singer Ella Fitzgerald made different jazz styles her own. Her voice captivated millions of fans. Here are a few milestones that led her to write music history. (25.04.2017)

Muhammad Salwa Aristotel was born without hands, but he didn't let this get in the way of learning how to play trumpet. His unique skill is now attracting attention.