Fires to floods: Extreme weather is occurring worldwide | World | Breaking news and perspectives from around the globe | DW | 10.08.2021 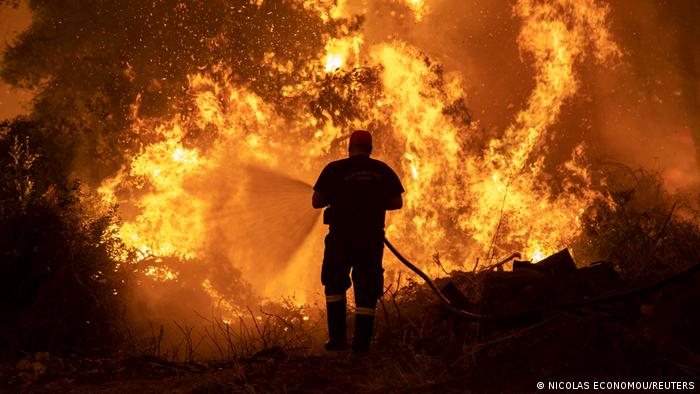 In many parts of Greece on Monday, the fierce winds weakened, so the fires were not fanned further. The breather for emergency workers is likely to be short-lived, however, as another heat wave with temperatures of over 40 degrees is on its way — with the potential to worsen the situation.

Forest fires have been raging in Greece for weeks, to the north of Athens and on the island of Euboea in particular. While firefighters are slowly getting a grip on the flames on the mainland, the fires are still blazing on the island of Euboea and also on the Peleponnese Peninsula. But, even in areas where the situation seems to have calmed down, individual embers can quickly reignite. Many people have lost everything. "This was a paradise, with rare trees, peacocks and game," a resident smudged with ashes told a DW correspondent. "Look at it now, a moonscape, everything burned."

Fires in Greece are not unusual during hot summers, but the scale of the 2021 fires is. According to the European Forest Fire Information System (EFFIS), almost twice as many forests had gone up in flames in Greece by August 5 as the average for the years 2008 to 2020. In addition to climate change, the reasons for the destructive flames are complex and often man-made: a carelessly tossed cigarette that smolders on the dry ground, glass shards from a broken bottle that work like magnifying glasses.

Some of the fires are said to have been started deliberately to make room for new houses. Severe heat additionally fuels the flames in the truest sense of the word.

Droughts, fires and floods are making life increasingly difficult in many regions of the world. Firefighters in Mediterranean nations including Italy, Turkey, North Macedonia, Bulgaria and the Balkans have also been trying to contain the fires for weeks. Turkish President Recep Tayyip Erdogan called the fires the worst in his country's history.

Fires are raging on the US West Coast, in Canada and in Russia, where the forestry protection agency has recorded about 240 fires on about 3.5 million hectares (8.65 million acres) on Monday — an area as large as the German state of Baden-Württemberg. The Yakutia region is particularly affected. Smoke is drifting south, to the border with Mongolia. The wildfire smoke has meanwhile reached the North Pole, a first in recorded history, according to the US space agency, NASA.

In Northern California emergency services are battling the Dixie Fire. With over 80,000 hectares burned, it is the second-largest fire in California history, authorities say. "It was like driving out of a war zone that you see in a movie," Tami Kugler, who fled Greenville and now lives in a tent at an evacuation station, told the AFP news agency. The historic Gold Rush-era town of Greenville was completely destroyed. Fires are not uncommon on the US West Coast either, but the unrelenting heat has made the region particularly vulnerable to fire.

According to the latest Intergovernmental Panel on Climate Change report, extreme weather events such as droughts will become more frequent in the future. Climate researchers have long agreed that advancing global warming significantly increases the likelihood of extreme weather. Warmer air in the Mediterranean region, for instance, can cause the air to absorb more water vapor, which in turn falls to the ground in the form of heavy rains that can lead to severe flooding — which happened just recently in the German states of North Rhine-Westphalia and Rhineland-Palatinate, as well as in Belgium. "Extreme weather is now part of our future," Levke Caesar, a climate researcher at Maynooth University in Ireland, told DW. 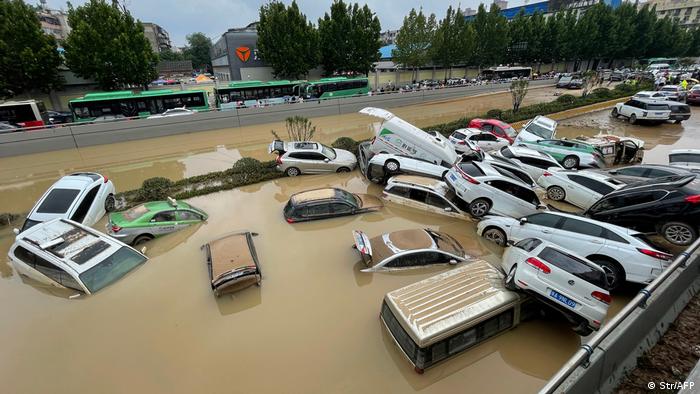 China, India and Myanmar are also struggling with severe flooding.

Days of rainfall led to severe flooding in the central Chinese province of Henan, many people died, and hundreds of thousands lost their homes.

The monsoon in India was more severe than it had been for decades. More than 40 people were killed in a landslide alone. In Myanmar, too, people are fighting the murky floods. In Bangladesh, villages housing Rohingya refugees were flooded. 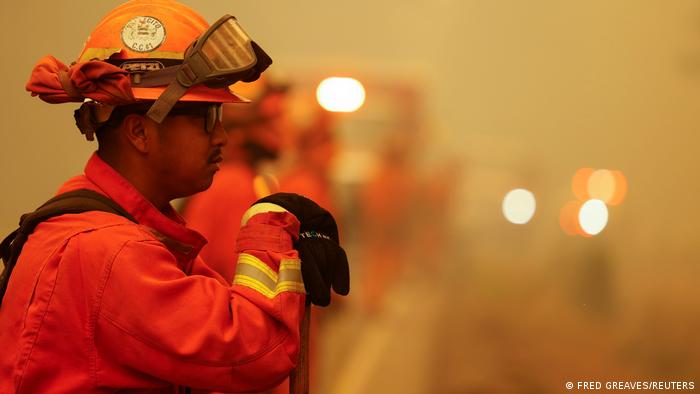 In California, the Dixie fire has overrun entire towns

African countries are also battling floods. Lagos, Nigeria's economic hub, was flooded in July. The growing city's sewage system is inadequate. In South Sudan, about 90,000 people have been affected by flooding following heavy rains, the UN Office for the Coordination of Humanitarian Affairs (OCHA) announced a few days ago, prompting thousands of people to flee.

A district chief in the Ahrweiler region is under investigation on suspicion of "negligent homicide" after devastating floods.

More than 33 million people in Pakistan have been hit by floods. But they are not an isolated event. South Asia has seen periods of extreme heat, followed by heavy rains. And most of these events are occurring more regularly and with greater intensity.