Three days of storms have unleashed devastating fires across South Africa's Western Cape. Nine people have been killed and some 10,000 displaced. 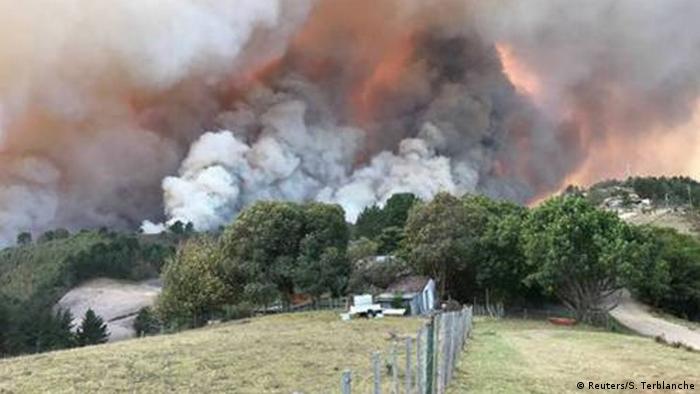 Africa's third-biggest economy contracted in the first quarter of this year, entering recession for the first time in eight years amid weak manufacturing output and slumping trade. (06.06.2017)

In the mountains, trees are racing uphill to escape the heat - and in Canada, invasive insects have already killed massive swaths of forest. Such changes will have significant consequences for communities and ecosystems. (04.05.2017)

South Africa declared a scenic coastal town a disaster area on Thursday as firefighters battled to put out a runaway blaze that destroyed homes and forced up to 10,000 people to evacuate.

Hundreds of homes in Knysna, a town of 77,000 people located on the tourist Garden Route 500 kilometers (310 miles) east of Cape Town, have been destroyed by multiple fires triggered by the worst storm to hit the area in 30 years.

A 3-year-old toddler died on his birthday alongside his parents as they tried to escape fire and smoke, local media reported on Thursday. His death brought the death toll from the storm to nine.

Other deaths occurred in Cape Town and parts of Western Cape Province. 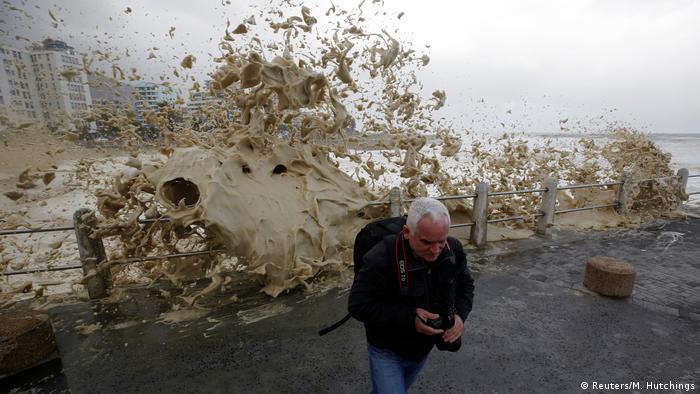 Nearly 50,000 people have been left without electricity.

In Knysna, many of the areas hit were in upmarket neighborhoods.

The military said it would send troops to patrol Knysna to prevent any looting.

Authorities also deployed helicopters to help put out the fires, but eNCA news reported that they have had trouble operating because of heavy winds and black plumes of smoke.

Western Cape Province has been suffering from a severe drought, which is not expected to be eased by the storm.