Around 4,000 people have been driven out of their homes in a village in the southern Netherlands due to a fire burning in a nearby nature reserve. 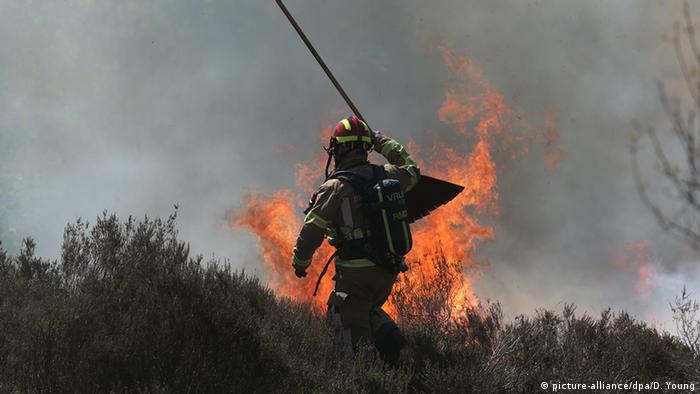 Some 4,000 people were forced to leave their homes in the village of Herkenbosch in the southern Netherlands early Wednesday morning as smoke from a large wildfire in a nearby nature reserve wafted over the town.

In a statement, Mayor Monique de Boer said she had decided to evacuate residents as a precaution to protect them from inhaling toxic fumes created by the flames.

"In the times we're living through — the corona era — we don't take the decision lightly to move people from home to evacuation centers,'' De Boer said.

People began evacuating the town just before midnight on Tuesday local time. Since Wednesday at 6 a.m., the whole town has been sealed off, a local television station reported.

No injuries have been reported. 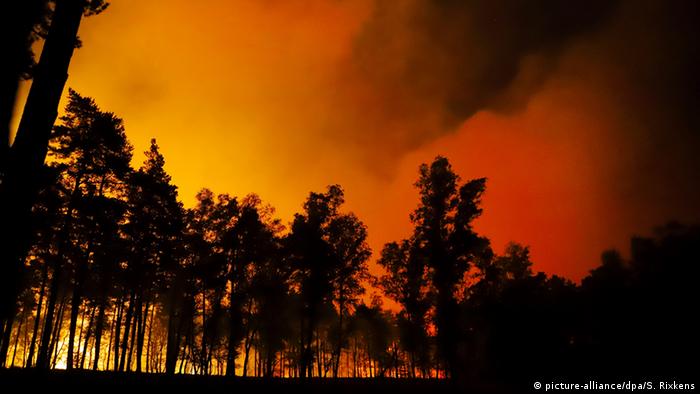 The fire burning in the De Meinweg national park, which can be found on the Dutch-German border around 200 kilometers (125 miles) southeast of Amsterdam, broke out on Monday. Two army tanks have arrived to help firefighters cut containment lines to contain the blaze.

Residents could evacuate in their own vehicles or use transportation organized by authorities, who were also concerned about potential coronavirus infections.

Those with confirmed cases of coronavirus were sent to a "corona hotel" in the nearby town of Roerbund, local authorities said.

Several fires have broken out in the past few days in parks in the Netherlands, brought on by dry, sunny weather. Earlier this week, a nursing home known to have several cases of coronavirus among its residents had to be evacuated because of another wildfire.

It is not yet clear when resident will be allowed to return to their homes.

Germany's firefighters on the decline as aging strikes

Fire departments are struggling to find new recruits — crucial for a country where 95% of the firefighters are volunteers. Without them, Germany could see more out-of-control wildfires, like elsewhere in Europe. (25.08.2019)

Donald Trump's recent attack on California over forest management was the latest in a series of potshots he and other Republicans have taken against the Golden State. Why do Republicans love to hate California? (23.11.2018)