Russian authorities have denied entry to prominent businessman Seppo Remes and accused him of espionage, the Finnish investor claims. Remes is a board member in several Russian energy companies. 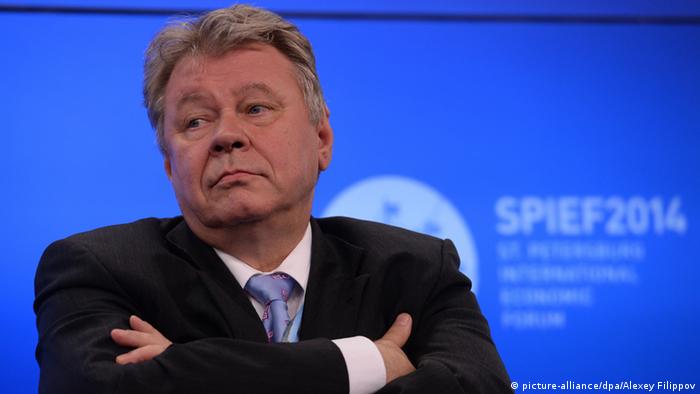 Remes has lived in Russia for over 20 years, and had a valid working visa until November, Russian media reported Wednesday.

"Upon entering (Russia) on March 22, I was officially notified that I have been declared persona non-grata under broad laws like being a security threats for the country," he said in an interview to Russian newspaper Vedomosti.

Remes who is a board member of Russian power provider Rosseti, energy company Sibur and the state corporation Rosnano, would not be able to enter the country for the next five years.

Russia's security service FSB had allegedly started investigating the Scandinavian investor on suspicion he was gathering information on top managers, as well as on plans for companies' development, Vedomosti said.

The FSB, a successor of the Soviet-era KGB security police, had handed him an official warning earlier in March before he left the country on vacation.

Remes denied doing anything illegal, saying the real reason for the entry ban could be his criticism of Rosseti's management.

"I didn't gather information though I don't understand why that would be forbidden," he told the paper.

Remes is also a co-founder of investment company EOS Russia, which specializes in Russian electricity assets, and involved with several other commercial organizations in the country.

"I believe that I will most likely not keep on working in any directorial boards," he said, adding he has not yet discussed the issue with the Russian companies.

Remes also told Finnish publication Helsingin Sanomat that the incident showed how the situation in Russia was changing in a wake of the Ukraine crisis.

"I guess this says something about the current atmosphere," he said, adding that he had not had any problems with the Russian authorities in the past.

The EU has extended sanctions imposed on Russian individuals, organizations and businesses over the conflict in Ukraine. EU foreign ministers have also agreed on proposals to impose tougher sanctions on Russia. (26.07.2014)