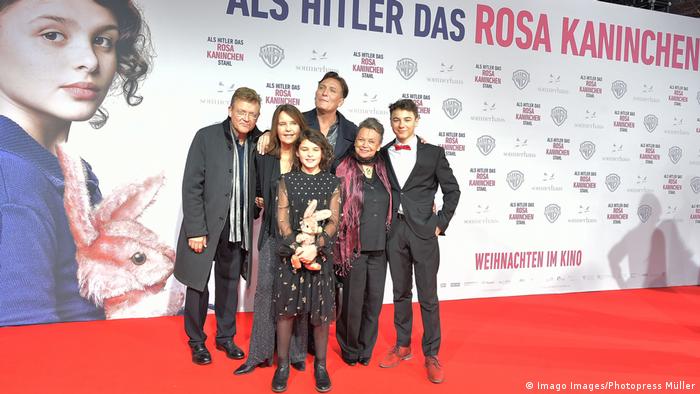 Link's new film is an adaptation of Judith Kerr's novel 'When Hitler Stole Pink Rabbit.' Here, the cast celebrates its premiere in Berlin

Caroline Link is one of Germany's most successful film directors and is known for great storytelling. Her debut film, Beyond Silence (1996), about the daughter of a deaf couple who falls in love with music, received an Oscar nomination for Best Foreign Film. In 2001, she took home the same Oscar for her emigration drama, Nowhere in Africa.

Family, childhood, and coming of age are central themes that run throughout Link's work. Now, her film adaptation of the young adult novel When Hitler Stole Pink Rabbit, by Judith Kerr, is being released in theaters. The book, which deals with Nazi Germany and the refugee experience, has long been standard reading in school classrooms. The main protagonist is 9-year-old Anna, a German Jew who lives in Berlin. As the Nazis consolidate their power, she and her family are forced to flee via Switzerland to Paris, then London.

DW spoke with Link in Munich.

DW: What was it about Judith Kerr's book that made you want to adapt it into a movie?

Caroline Link: I thought long and hard about whether I wanted to make another film after Nowhere in Africa that was about a Jewish family that survives the World War II in exile and sees what happens at home from a foreign place. What finally convinced me was that the story is told entirely from the perspective of 9-year-old Anna, who finds life as a refugee as not just terrible, but as a great adventure. Like the book, the film is an attempt to bring children and young adults closer to the Nazi era without shocking them with too much of the horrors. Nevertheless, we speak of the pain a person feels when they have to leave their homeland overnight.

Did you meet the author and was she able to see the film?

Unfortunately I did not. I only spoke over the phone to Judith Kerr, and she gave her opinion on the script. Around the time of her 95th birthday [June 2018], there was so much to read and see related to her views on the era, her flight, and what it meant to have a family that had gone through such difficult times. It's a shame and very sad that she died in May 2019, so shortly before we finished putting together When Hitler Stole Pink Rabbit. I really would have liked to have shown it to her. 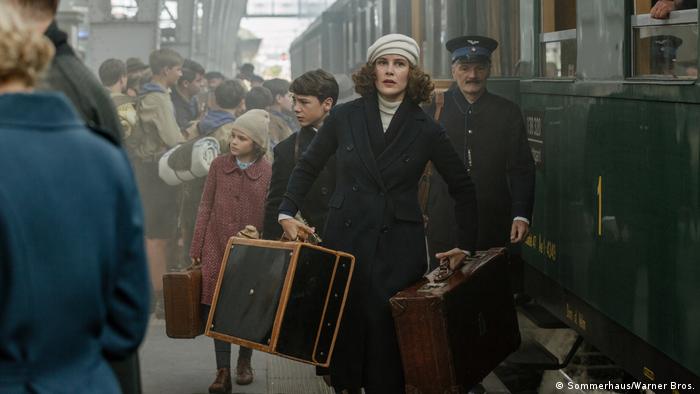 The character Anna flees Nazi Germany with her family

The viewer doesn't really get a strong feel in the film for the real danger the Nazis pose and the real threats the family faces. Did you purposefully decide not to visually portray terror?

It doesn't appear in the novel, either. There is no scene that actually deals with the threat of the Nazis. The Kerr family left early, in 1933. They were warned by a police officer they were friends with. The father, Alfred Kerr, [a well-known theater critic], was blacklisted and would have had his passport taken away, if Hitler won a majority in the elections [that took place the day they left]. That's why Judith Kerr avoided the typical Nazi scenes in her novel that we have so often seen in movies.

I think it's nice that both the film and the novel try to point out the horror through a completely different perspective. By showing what is felt in exile and how difficult it is when people have to leave their homes behind and lose their roots. Still today, many people are displaced or on the run. We don't make comparisons with the refugees from Syria or from Africa whose situation today is even more existential and terrible than that of the Kerr family in 1933, who at least had a roof over their heads and enough to eat. But what they all have in common, of course, is the feeling of being in a country where you don't know the rules of the game, don't understand the language and have to start all over again. Perhaps the film will succeed in sensitizing people to this; what its like to gain a foothold as people who live in a completely foreign country. 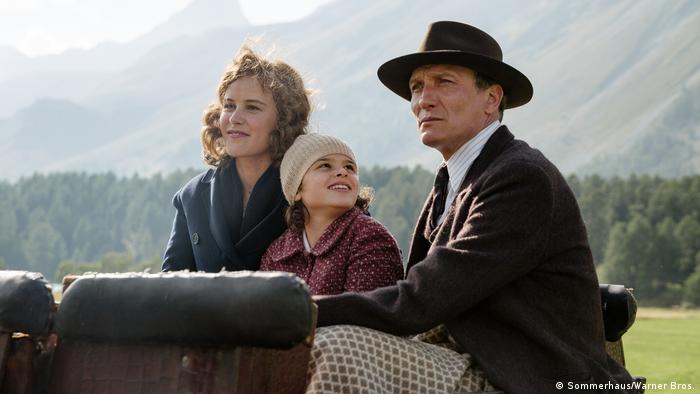 The first stop of their journey is Switzerland

Your generation did not experience the war for itself. Was the war a topic in your family? How did you deal with it?

Through my last film Der Junge muss an die frische Luft (The Boy Needs Some Fresh Air, or All About Me), which takes place in the 70s, I actually understood as an adult once again how close the Second World War was, how much my parents and grandparents were affected by the war. My two grandmas were typical war women who saw their families through under difficult conditions. The men were always absent and didn't want to talk about the war anymore. I still remember signs in buses and trains saying "Make room for pregnant women and war-disabled!" As a child, I frequently saw men on the streets or in day-to-day life who had obviously been wounded in the war. The trauma had already entered my childhood.

Family, children, and growing up are themes that run through all of your films. And you seem to be good at choosing your young actors. When is the moment where you say "Yes, this child is the one!"?

It's not really down to the exact child, it's more the idea of "I can do it with him or her." Children are not great actors on their own. They need someone to tell them exactly what is required of them in a scene and to work it out with them. It's not like a child comes and is brilliant. But you can work with children when they have talent and that naturalness. That's why I always like to work with children who have never shot anything before because they don't think about the impact they will have. Like now, Riva Krymalowski, who plays Anna in Pink Rabbit. The first time they work, children are still very open and when I say "go through the room," they go through the room and think nothing of it. Actors usually try to portray or convey something. Children can be so wonderfully simple.

How do you illustrate the idea of Europe? A book project initiated by Gruffalo-creator Axel Scheffler collects 45 works of artists who feel the UK should not leave the EU. (18.02.2019)