The woman at the center of the "Penelopegate" affair has said she performed "a lot of different tasks" for her husband. Center-right Francois Fillon's campaign for the French presidency is on the rocks over the scandal. 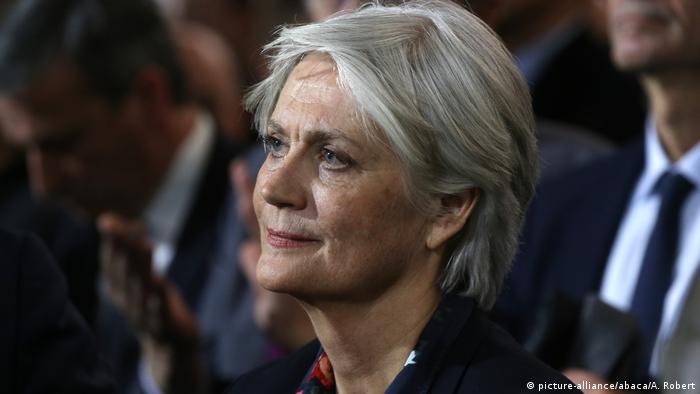 Francois Fillon can't get rid of "Penelopegate." Condemning his "political assassination," he'll be summoned by investigating magistrates. However, Fillon is not a victim of the judiciary, writes Barbara Wesel. (01.03.2017)

A campaign aide has confirmed the raid took place, saying police "finished" the operation linked to a corruption probe. The ex-premier has vowed to continue his campaign for the French presidency amid calls to step down. (02.03.2017)

In an exclusive interview with the newspaper "Le Journal de Dimanche," (JDD) Penelope Fillon, the wife of embattled French presidential candidate Francois Fillon, insisted she had carried out a number of official duties during his political career.

Denying allegations that she was paid 900,000 euros ($950,000) for work that she didn't carry out for the center-right Republicans politician, Penelope said she would often prepared Fillon's speech notes and drafted fact sheets for his appearances at rallies.

"He needed someone to do a lot of different tasks, and if it wasn't for me, he would have paid someone to do it, so we decided it would be me," she told the paper.

Penelope Fillon said she would often accompany her husband on his political trips, and he relied on her advice on political matters.

"I told him the truth, which is not always the case with all co-workers," JDD cited her as saying.

Sunday's interview was the first time Fillon's wife has spoken about the so-called "fake jobs" scandal, which has engulfed her husband's bid for the French presidency.

Hanging on by a thread

Once seen as the leading candidate to replace current President Francois Hollande, the affair has seen Fillon's public support nosedive.

Fillon is hoping that 45,000 of his supporters turn out for a rally later Sunday in front of Paris' Eiffel Tower, which some pundits believe is his last chance to revive his campaign.

Last week, investigators placed the 63-year-old politician under formal investigation, and further revelations have implicated two of the couple's five children in the scandal, who are alleged to have worked for him while trainee lawyers.

French lawmakers are allowed to employ family members, but investigators are looking into what work Penelope did after it emerged she did not even have a pass for the National Assembly building.

Penelope Fillon told JDD she'd also urged her husband to "keep going to the end" but said only he could make the decision to stay in the race.

Fillon is now polling third behind the far-right National Front's Marine Le Pen and 39-year-old centrist Emmanuel Macron, amid calls for him to drop out of the race with just two weeks until parties must officially declare their candidate. 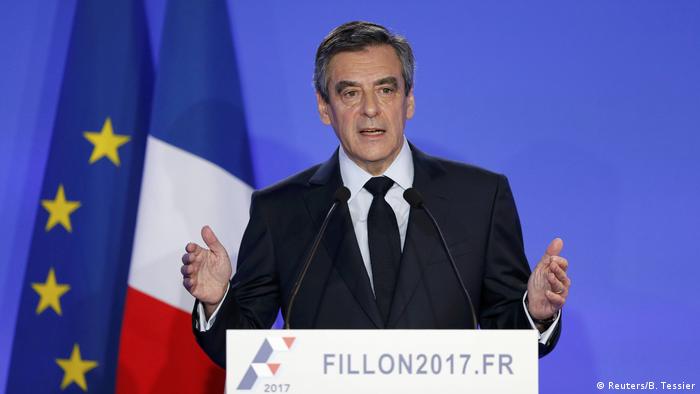 Francois Fillon insisted on Wednesday he would continue to run for the presidency, calling the "fake jobs" probe "political assassination"

Despite a defiant speech last week, supporters of another former prime minister, 71-year-old former premier Alain Juppe, have said he is prepared to take over. A poll on Friday showed Juppe would vault into the lead if he stood as the Republicans' candidate.