Ex-PM Francois Fillon says France must sell stakes in nonstrategic firms. His Thatcherite approach is not popular on the right, center or left, but he remains the pollsters' favorite to win May's presidential election. 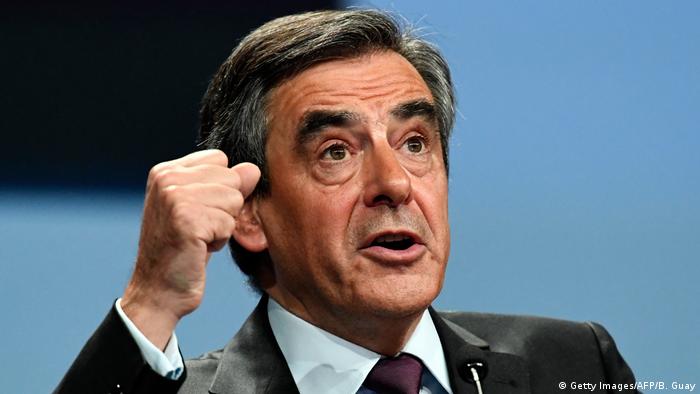 Republican presidential candidate Francois Fillon can triumph over the right-wing National Front. He is also likely to become a difficult partner for the German government, writes DW's Barbara Wesel. (28.11.2016)

Conservative French politician Francois Fillon is rumored to have close ties to Russian President Vladimir Putin. DW talked to experts to find out if that might be true. (29.11.2016)

"The state should only be a shareholder in strategic companies," Fillon said in an interview with the French magazine "Capital."

The 62-year-old - who won the nomination of the center-right Republicans in November's primary in a last-minute upset - is leading most polls to win the first round of presidential voting.

Fillon's qualities are seen by his supporters as a combination of Gaullist (for those yearning for the nationalist qualities of Charles de Gaulle), Catholic (for those seeking a return to Catholic roots as national identity is seen as coming under siege) and, at the same time Thatcherite, an appeal that has little connection with either.

Fillon plans to cut unemployment - stuck at around 10 percent, but falling in recent months - and reduce public debt, at almost 100 percent of GDP. He wants to raise the retirement age, cut taxes and red tape for companies and abolish the 35-hour working week.

In December, Fillon said France should sell out of "unnecessary investments" in private sector companies, citing the carmaker Renault as an example.

The French government holds just under 20 percent of Renault and has significant stakes in several other large companies, including Air France, Airbus, Peugeot, Orange and Engie.

In the 1990s, Fillon oversaw the privatization of France Telecom, now known as Orange, and he has twice led overhauls of France's heavily indebted pension system, once in 2003 and again as prime minister in 2010.

Fillon "is one of the few French politicians who is comfortable with the ‘Thatcherite' label," Steve Davies, head of education at the Institute of Economic Affairs wrote for the British website ConservativeHome.

Fillon wants to strengthen French security forces and pledges to uphold conservative social values. He is also more openly sympathetic to Vladimir Putin than others both in France and Europe more widely.

"His platform combines cultural conservatism and traditionalism with free market radicalism and promises to shake up the French economy," Davies wrote.

"The change Fillon is advocating is not the kind most of them want. France ... is seeing the emergence of a new electoral coalition that combines economic interventionism with social conservatism. The kind of conservatism that Fillon represents, combining cultural conservatism with economic liberalism, is declining because culturally conservative voters are increasingly deserting free market economics and globalization." 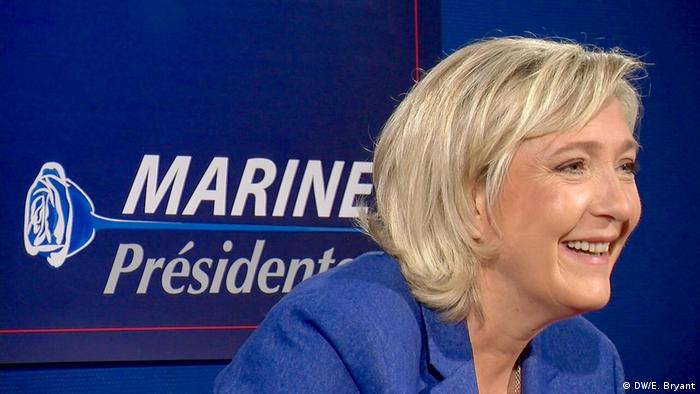 Fillon would beat far-right leader Marine Le Pen by 63 percent to 37 percent if they met head-to-head in a presidential election runoff in May, a poll showed on Thursday.

The POP 2017 poll was in line with the findings of other surveys showing Fillon losing momentum with his share of the vote in the first round, falling to 24 percent from as much as 27.5 percent a month ago.

The poll showed him trailing National Front (FN) leader Le Pen by one or two percentage points in the first-round vote on April 23, but picking up enough votes from other defeated candidates, including from centrists among the Socialists, to defeat her comfortably in the May 7 knockout.

The poll also confirmed that Emmanuel Macron, a former economy minister under Socialist President Francois Hollande who is running as an independent, might still be in a position to pull off a surprise.

Over 50 percent of French citizens believe Macron would be a better president than Fillon, a new Odoxa survey revealed. According to the survey, Fillon has lost 12 percent in the popularity rankings since November, while 57 percent of the respondents have a negative opinion of him.

Fillon has suggested that France should introduce a quota system for immigration, in a move which will be seen as backing British claims over Brexit.

Fillon's manifesto says: "The French, like all Europeans, are attached to their free movement in Europe. But who says free movement does not mean anarchy and danger to our security." If Fillon wins the French presidency, his immigration policy will play a crucial role in Britain's negotiations over its future relationship with the EU, which centers on London's bid to remain part of the European single market while also retaining control over immigration.