Fighting to save Cambodia′s Prey Lang forest | Environment | All topics from climate change to conservation | DW | 21.03.2013

Developers and loggers are threatening to permanently destroy Cambodia's Prey Lang forest, one of Southeast Asia’s last remaining lowland evergreen woodlands. One rural woman is leading the fight to save the region. 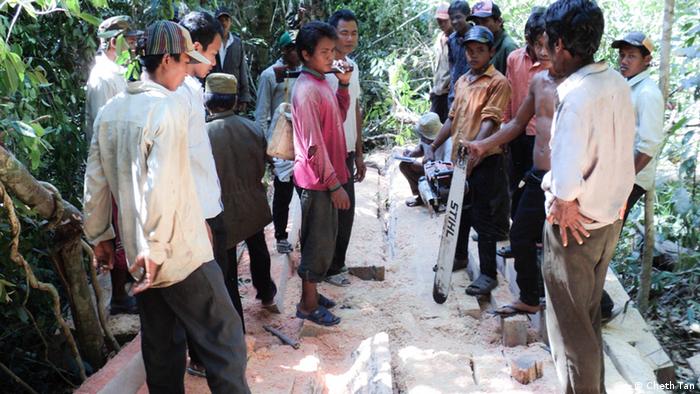 When people first meet Mao Chanthoeun, they might not associate this small, slight woman with the dangerous fight to save Cambodia's Prey Lang forest.

But appearances can be deceiving.

The 32-year-old has gone from being a traditional farmer in rural Cambodia to a highly visible and committed advocate for the forest, although her work toward preserving this natural resource has come with a good deal of personal sacrifice. 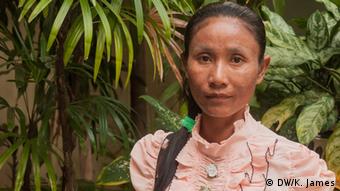 Chanthoeun's fight for Prey Lang is personal; she grew up along the forest's edges. And her activism comes not just from a desire to protect the wilderness, it's a matter of maintaining her and her community's way of life.

"If Prey Lang disappears, my community and my family will lose everything," she told DW, at a protest in Phnom Penh. "We absolutely depend on the forest and if it's gone, we will have no way to earn a living."

Prey Lang, which means 'our forest' in the indigenous Kuy language, used to cover some 3,600 square kilometers across four provinces in Cambodia's north. But the largest remaining lowland evergreen forest on the Indochinese peninsula is succumbing to developers' bulldozers and loggers' saws, which for Chanthoeun and her community spells catastrophe.

"They get food like vegetables, mushrooms, and honey there but also traditional herbs for medicine and construction materials," said Seng Sokheng of the Community Peace-Building Network, a Cambodian NGO that works on natural resource issues. "It is like the bank for the local community."

At the moment, weak existing regulations on forest protection are rarely enforced and international observers have estimated that if the current rate of deforestation continues, Prey Lang could vanish in two to five years. That would deprive the nation of a crucial watershed, an important fish breeding ground and a huge carbon dioxide absorber.

"The Kuy people also won't be able to make their living collecting non-timber materials from forest," said Svay Phoeun, a member of this ethnic minority which makes its home in and near the forest in interview with DW. "More of us will have to migrate to look for work elsewhere." 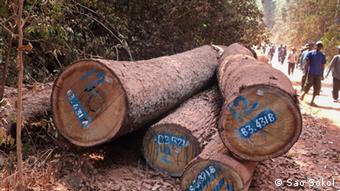 Logs line the side of the road in Prey Lang forest

Activist Mao Chanthoeun, who’s one-half Kuy herself, says she saw several years ago what was happening and decided to take action.

She began working the local NGOs on environmental issues, learning about forest issues and the players involved. Slowly, an activist network began to emerge, which became the Prey Lang Community Network. Chanthoeun built up a women’s group within the larger organization, and started playing a more active role. It was unusual in rural Cambodian society, which is still largely patriarchal.

In 2011, she began participating in forest patrols to stop illegal loggers. Despite the fact that she was six months pregnant, she joined others in confronting powerful companies, who often don't look kindly on activists. Sometimes those involved in the illegal logging are even armed.

"Of course, I am afraid of being shot sometimes," she said. "But I simply can't think like that. I'm trying to take care of the forest for my child’s generation, not just my generation."

Her son was born in the forest in January 2012, and she named him Ros Prey Lang, which means 'Prey Lang lives.' Just weeks after the birth, Chanthoeun was back on patrol duty, her son on her hip.

While she has served as an inspiration to many, especially other women, her activism has taken its toll. Her husband didn't approve of her activity in support of the forest, asking her repeatedly not to join the patrols. She didn't listen, and he left her while she was pregnant. Her activism also takes her away from her small plot of farmland, cutting into an already modest income. 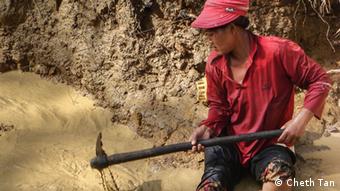 Mining is gaining popularity in Prey Lang too, as the area is rich in minerals

While the Cambodian government did draft legislation in November 2011 that would provide some protection to the forest, Chanthoeun and others have real concerns about enforcement and some of the draft law's provisions. They're lobbying the government to allow the community to co-manage the forest with the authorities.

Despite the uncertainty, Chanthoeun says she remains optimistic that her son's generation and successive ones will know at least part of Prey Lang. She says she will continue to farm when she can, but when the forest calls, she'll put down her tools, and head back into the forest she loves and needs.

"If this movement stays alive, the forest will stay alive, too," she said.

Asia Pulp and Paper, one of the largest paper companies in the world, has promised to end its practice of destroying Indonesian forests to make products for Westerners. Is this a wave of change or greenwash? (05.02.2013)

Rainforest degradation in Brazil is slowing

Never before has so little rainforest been destroyed in Brazil's Amazon basin. The government has claimed this success as its own, but critics say that is not the case. (10.06.2012)

In the Congo, new oil and gas permits are being offered up in endangered gorilla habitats and giant tropical peatlands to finance forest protection and reduce poverty. Meanwhile in Zambia, mining for EV batteries has citizens concerned about the price they'll pay for the world's renewable revolution. And, underwater, the secret race to buy the ocean floor.