World football's governing body FIFA is viewed by many as a multibillion-dollar company. However, the body is officially a non-profit association, a legal status that has helped it to accumulate huge sums of money. 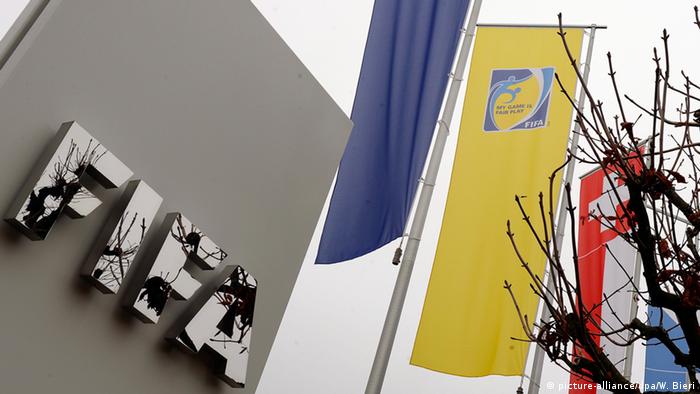 FIFA, based in Zurich, is registered as a non-profit association governed by Swiss law. The body is therefore committed to the constant improvement of football by investing the money it earns back in the sport. It includes, for instance, spending on youth and development programs. The association is obligated to run a balanced budget, and it doesn't pay any dividends, as mentioned also in FIFA's latest annual report.

FIFA's legal status confers it certain tax benefits. The sports body is taxed at a far lower rate - just 4 percent - than businesses which pay about twice as much in taxes. FIFA, however, is actually a multibillion-dollar entity that earns most of its income from the football World Cup tournament, held every four years. But, as noted earlier, FIFA's non-profit organization status bars it from undertaking business activities. How, then, is it earning hundreds of millions every year?

The business model is relatively simple: Impose the costs of organizing the World Cup on the host nation. A country that wants to win the World Cup bid is required to grant FIFA tax exemptions. For instance, when Germany hosted the event in 2006, the tax authorities had to offer an exemption for about 250 million euros ($272 million), according to estimates.

It was the same case four years later when South Africa organized the tournament, and also during last year's event in Brazil. These countries could have used the much-needed tax money for other productive purposes. Instead, tax-free zones are established around the World Cup venues every time, and FIFA partners are exempted from paying local income and sales taxes.

The largest chunk of FIFA's income is earned by awarding hugely expensive television rights, whose compliance is meticulously monitored. In 2014, this revenue amounted to about $742 million. At the same time, granting marketing rights boosted FIFA's coffers by a further $465 million.

The sports body's annual report for 2014 recorded total revenues of around $1.9 billion, with net "positive result" of some $141 million. This added up to FIFA's liquid reserves which currently stand at $1.52 billion.

A timeline of FIFA scandals under Blatter

For the past 17 years, Joseph Blatter has headed the world football organization FIFA. The arrest of seven high-ranking officials is one scandal among many during his tenure as president. (27.05.2015)

Senior members of the German Football League organization and the German FA have spoken up about the FIFA controversy on Wednesday. Even sports manufacturer Adidas has made a statement. (27.05.2015)

Opinion: FIFA is a hopeless case

Seven FIFA officials are now detained and there are investigations underway by the Swiss Justice Department about the awarding of the 2018 and 2022 World Cups. Enough is enough, says DW's sports editor Stefan Nestler. (27.05.2015)

At least nine top-ranking officials from soccer's governing body have been indicted in the US, with several taken into police custody in Switzerland. They are suspected of having accepted bribes over a 20-year period. (27.05.2015)

FIFA's transformation into a "money machine" began in 1974, when Germany hosted the World Cup. At the time, Joao Havelange, a Brazilian national, was "elected" as head of the body.

Horst Dassler, who was then leading sportswear company Adidas, saw the business potential FIFA offered and started roping in major sponsors. Dassler's plan was to draw in global firms that were ready to shell out millions of dollars in exchange for exclusive promotional space.

In return, the companies dominate the advertising boards, receive free tickets, and can invite guests at special rates. Furthermore, they are allowed to use the World Cup logo exclusively. The current partners of FIFA include a diverse set of companies such as Adidas, Coca-Cola, carmaker Hyundai/Kia and credit card firm Visa.

FIFA also spends a lot of money on numerous development activities, in compliance with the Swiss law of associations. Last year, the body spent about $509 millions on the projects. The participating teams in the 2014 World Cup in Brazil received a total of $358 million, with Germany - which won the cup last year – alone receiving $35 million.