India's teams will not be able to play and the country can't host the upcoming under-17 World Cup after the All India Football Federation was suspended. FIFA took the decision "due to undue influence from third parties." 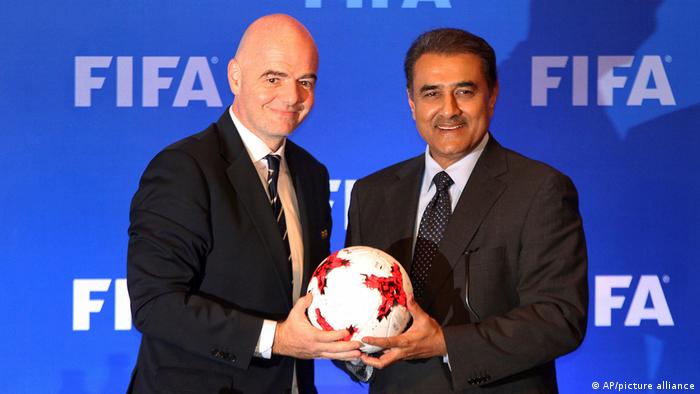 FIFA president Gianni Infantino (left) with Praful Patel, who is at the center of the disarray in Indian football

Global football body FIFA announced on Monday that it would be suspending the All India Football Federation (AIFF) with immediate effect.

The decision was "due to undue influence from third parties," constituting a serious violation of the FIFA statutes, the organization's governing body said.

The AIFF is in a state of some chaos and being run by administrators after long-serving former chief Praful Patel stayed in office beyond the maximum term of 12 years without fresh elections, which courts ruled invalid.

Patel, who has held a number of high-profile government positions alongside his AIFF post, ran Indian football from 2009. Government ministers combining their political work with running major sports federations is the norm in India.

"Indian sport is full of these politicians," sports journalist Norris Pritam, who has covered Indian sports for a variety of publications across 40 years, told DW.

For now, it's football in the spotlight. Fresh AIFF elections are to be held on August 28 and the poll process began last week, after India's Supreme Court approved a timeline prepared by the administrators.

The suspension means that the FIFA U-17 Women's World Cup 2022, scheduled to take place in India on 11-30 October, cannot currently be held in the country as planned. Patel had a significant role in the tournament being awarded to India.

Pritam says there is still a strong belief in the country, at governmental and social levels, that the tournament can go ahead and a resolution can be found. But he added that: "This is a big blow to Indian football, especially to those girls who have taken to football in a big way. And also internationally, you get seen in a bad light."

FIFA is assessing the next steps with regard to the tournament. The organization, headed by Gianni Infantino, said it is in constant contact with the Ministry of Youth Affairs and Sports in India and that it was hopeful that a positive outcome could still be achieved.

India's highest court disbanded the AIFF in May and appointed a three-member committee to govern the sport, amend the AIFF's constitution and conduct elections that have been pending for 18 months. 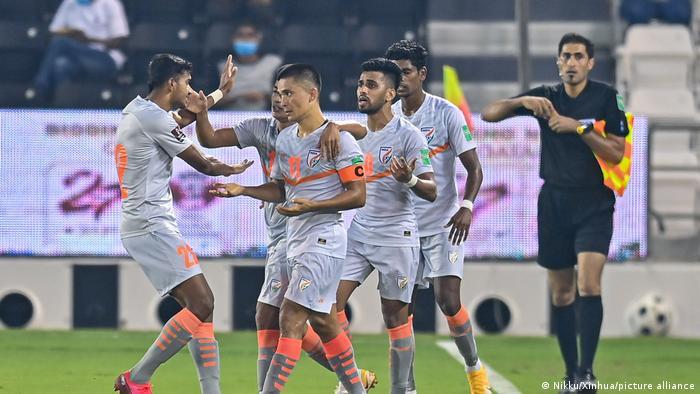 In response, FIFA and the Asian Football Confederation sent a team led by AFC General Secretary Windsor John to meet Indian football stakeholders and lay down a roadmap for the AIFF to amend its statutes by the end of July and conclude elections at the latest by September 15.

"The suspension will be lifted once an order to set up a committee of administrators to assume the powers of the AIFF Executive Committee has been repealed and the AIFF administration regains full control of the AIFF's daily affairs," FIFA said in a statement.

No games for India's men or women

"At the same time I think it's a great opportunity to get our system right," he told Indian sports news outlet Sportstar. And [it's] very important that all the stakeholders, the federations, state associations, sport ministry, come together to get the system right and everybody work for the betterment of the sport."

Pritam echoed those sentiments, but said he thinks India's status as a "moneyspinner" in FIFA's Asian Football Confederation (AFC) and political will would resolve this soon. "Prime Minister Narendra Modi had pledged and promised that everything will be fine. So I think national prestige is also at stake. So I think both sides will understand this."

According to FIFA statutes, member federations must be free from legal and political interference in their respective countries to remain part of the organization. FIFA has previously suspended other national associations over similar concerns. Pakistan, Kenya and Zimbabwe have been suspended this year alone.

How football — and 'sportswashing' — helped Putin start a war