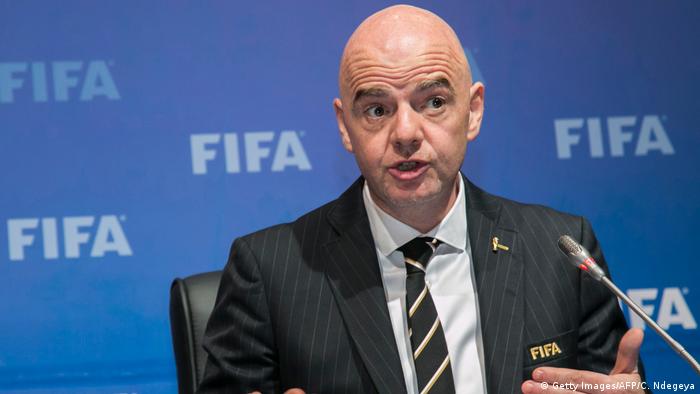 FIFA, world soccer's governing body, announced on Wednesday that its current president, Gianni Infantino, will run unopposed for reelection in Paris on June 5. Infantino took on the post in February 2016 after FIFA's former president, Sepp Blatter, was forced to leave his post in disgrace.

A statement released by FIFA read: "Following the call for election issued by the FIFA Council on June 10, 2018, FIFA's member associations have proposed, in due time and form, the following candidate for the presidential election to take place at the sixty-ninth FIFA Congress in Paris on June 5, 2019: Mr. Gianni Infantino."

Infantino will be required to pass eligibility and integrity checks before he stands for a new four-year term. He was originally elected to his current position after the favored European candidate, UEFA President Michel Platini, was banned from soccer along with Blatter. Infantino was general secretary of UEFA, the governing body of European soccer, at the time.

Although Infantino enjoys backing from a majority of FIFA's 211 members, he has faced criticism from many in Europe for his proposed changes at the governing body. The nub of that criticism is based on plans to accept some $25 billion (€22 billion) from unnamed international investors to expand the Club World Cup and create a global Nations League.

The changes would supposedly include the sale of major FIFA rights.

One major opponent of the plan is UEFA President Aleksander Ceferin. In that role, Ceferin is also the vice-president of FIFA. The Slovenian lawyer is scheduled to be reelected on Thursday in Rome.

Ceferin previously voiced harsh criticism of Infantino's plans, saying, "I cannot accept that some people, who are blinded by the pursuit of profit, are considering selling the soul of football tournaments to nebulous private funds."

Under Infantino, FIFA has already greatly expanded the number of teams participating in the World Cup tournament the body organizes every four years. The two new formats he is proposing would expand the season by a greater number of games still.

Saudi Arabia is rumored to be one of the big, behind-the-scenes investors.