Often rumored, now confirmed: Cuba's longtime ruler Fidel Castro has died. The revolutionary died at the age of 90. He leaves behind a questionable legacy.

Fidel Castro could talk for hours. The charismatic revolutionary was known for delivering speeches lasting five to seven hours. His column "Reflections by Comrade Fidel" published by his party newspaper, "Granma," never tired of criticizing his archenemy, the United States.

"The Yankees will never end their control of the earth, the water, the mines and our lands' natural resources," wrote Cuba's former head of state, government and the armed forces, and chief of Cuba's only political party, the Communist Party of Cuba, in 2012.

Fidel, as many Cubans called him, was an early subscriber to socialism and fought his entire life for his understanding of justice and Cuban independence. He found the industrial and capitalist world order abhorrent.

From lawyer to rebel

Born Fidel Alejandro Castro Ruz in 1926 in Biran, a village in eastern Cuba, Castro and his six siblings enjoyed a childhood of prosperity. He worked as a lawyer in Havana after his studies, often serving poorer clients. He was already politically active as a student, and his 1952 run for parliament came to nothing when US-backed Fulgencio Batista took power in a coup. Castro made it his mission to overthrow Batista and rallied like-minded rebels around him, among them Ernesto "Che" Guevara. However, coup attempts in 1953 and 1955 failed, and "El Jefe," as he was known, was forced to flee to the mountains.

"Castro wasn't thought to be right in the head when he announced he was pursuing Batista," said German journalist and Castro biographer, Volker Skierka. However, Batista fled on January 1, 1959, and Castro took power of the Caribbean island. Many Cubans and his followers saw him as a liberator, and Castro went on to consolidate his authority over the country. 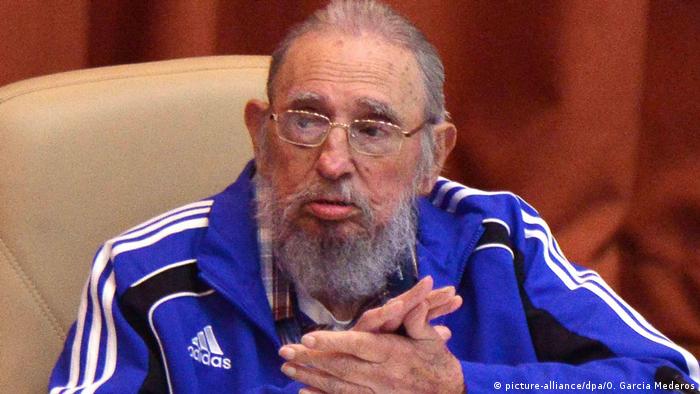 Castro was seldom seen in public after resigning in 2008

Cuba belonged to him

Castro's socialist plans put him increasingly at odds with the United States and pushed him closer to the Soviet sphere of influence, which included East Germany. Of the approximately 30,000 Cubans who studied in Germany, most went to the former East, according to the Federal Foreign Office. The USSR supported Cuba financially and in 1962, stationed medium-range nuclear weapons on the island. This prompted a sharp reaction from the US and the Cuban Missile Crisis ensued, bringing the world the closest it had ever been to nuclear world war. A US embargo followed, that cut almost all political and financial ties between the two countries. Cuba's economic situation deteriorated with the collapse of the Soviet Union.

Cuba is known for having the best education and health systems in the region due to Castro's continuous state investment in these sectors. However, Cubans lack freedom of speech and access to information, and political opponents have ended up in prison. Castro was "relentless in his dealings with his enemies," said Bernd Wulffen, a former German ambassador to Cuba.

"Castro will be remembered as the man who imprisoned hundreds simply for their peaceful political activities," Maja Liebing of Amnesty International's Cuba desk said ahead of the leader's death. Hundreds of thousands of Cubans fled the island over the years because of Castro's hardline policies.

German politician and businessman Hans-Olaf Henkel, in an interview before Castro's death, said he envied the Cuban's fearlessness in the 1960s. "He'd have memorials around the world dedicated to him if he were a democrat," Henkel said.

Nearly a half-century in power

Castro stepped down as Cuba's leader in July 2006 due to his declining health. His brother, Raul, officially took over in 2008. After 49 years in power, Castro was the 20th century's longest-governing non-monarch leader. 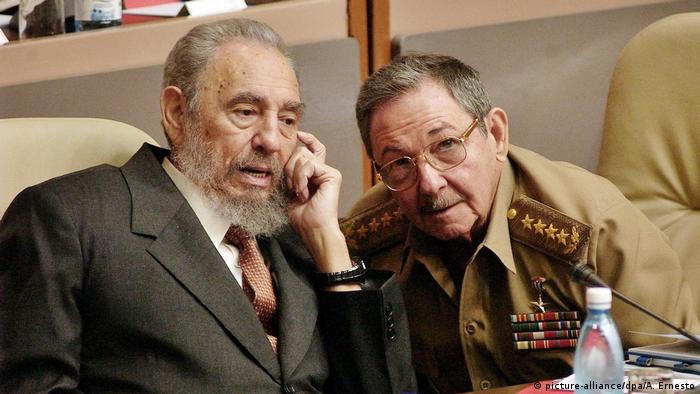 Raul officially took over as Cuba's president in 2008, the brothers are seen here in 2004

Appointed by parliament to serve as both head of state and government, as well as Communist Party chief, Raul began to open the country, and US-Cuban relations, frozen for nearly five decades, began to thaw. The Cuban government released 30 political prisoners in January 2015 as the US government announced an easing of travel and trade restrictions.

Having proclaimed "socialism or death" earlier in his life, the elder Castro said little about these steps towards normalization between the two countries.

"I'll be 90 years old soon," Castro said at an April 2016 Communist party congress. "Soon I'll be like all the others. The time will come for all of us, but the ideas of the Cuban Communists will remain as proof that on this planet, if one works with fervor and dignity, they can produce the material and cultural goods that human beings need and that need to be fought for without ever giving up."