Fears over German sausages as safety checks ′to be reduced′ | Germany| News and in-depth reporting from Berlin and beyond | DW | 14.12.2019 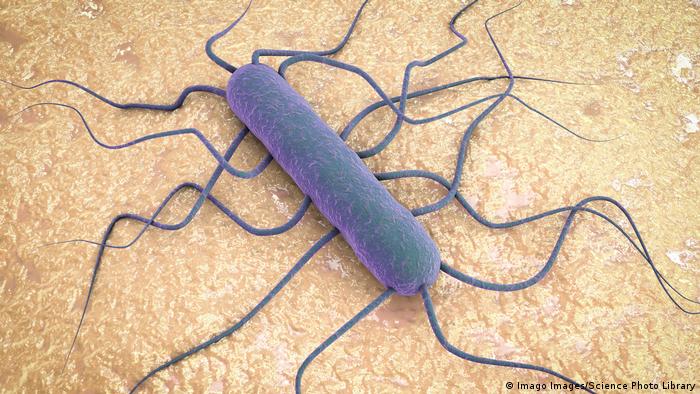 German consumer organization Foodwatch has expressed astonishment after the emergence of government plans that it says will cut the number of food safety tests in Germany's food factories.

The changes to the inspection regime come at a time when meat scandals are shaking confidence.

According to a leaked internal paper from Germany's Food and Agriculture Ministry, published by the organization last month, obligatory inspections in "high-risk" facilities like sausage factories could be carried out only once a quarter, rather than once a month. Foodwatch also alleges other high-risk places would have controls reduced from daily to weekly.

This, according to Foodwatch, represents a "massive weakening of food safety in Germany."

"The plans are completely insane," Foodwatch head Martin Rücker said in a statement. "Food safety checks can't be dependent on the budget situation or political caprice." The Wilke scandal has been linked to three deaths

The frequency of food safety inspections are determined by a risk assessment of the type of stores in question: butchers' shops are assessed more often than stores that sell only packaged food.

In her justification for the new proposal, Food, Agriculture, and Consumer Protection Minister Julia Klöckner said the assessments needed to be modernized and regulated across Germany, with "the resources of official food safety checks being focussed more effectively on 'problem businesses'." In other words, businesses that had a clean record so far might be checked less often, others more.

In response to Foodwatch, the ministry has insisted that the reforms would lead to more frequent inspections, not fewer. But the NGO argues that the new plans achieve the opposite, with food checks across the country already massively below targets. The organization conducted a survey of 394 German health authorities and found that, in 2018, some 250,000 planned checks — or one in three — were not carried out. Only 41 authorities told the organization they were able to carry out all the planned checks.

In October this year, reports emerged that three deaths and 37 cases of sickness between 2014 and 2019 were linked to the Hesse-based company Wilke, where sausages were found tainted with the bacteria listeria. Worldwide recalls of exported meat had to be carried out in the ensuing health scare. 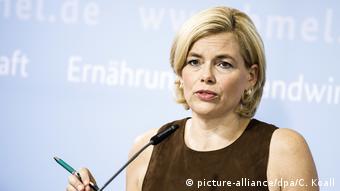 The local Waldeckische Landeszeitung newspaper reported on Saturday that between 2015 and 2017, only nine safety inspections were carried out, even though 22 had been planned. At the time, the Wilke factory was in the third-highest risk category, which meant the factory should have had a mandatory inspection once a month.

In 2017, the factory was dropped down to a category requiring only quarterly checks, which the Hesse Consumer Affairs Ministry says was a mistake, "given current information." The ministry blamed the local authority for the oversight, and said it should have called in the help of a ministry task-force specifically set up to deal with such oversights.

On Friday, as a direct consequence of the Wilke scandal, the Hesse parliament passed a legal amendment allowing the Consumer Ministry more power to intervene in local authority affairs when it comes to food safety.

Personnel shortages have been blamed for the apparent cutting of corners, with Klöckner, in turn, blaming the state governments for failing to deal with the problem. "It's not acceptable that the states don't remedy the obvious personnel shortages," she said, before insisting that the federal government had no power to intervene in state affairs.

Germany's association of health inspectors says that the country is some 1,500 inspectors short.

There have been other food safety scandals in Germany in recent years: hundreds of cases of illness at least one death were linked to salmonella-tainted eggs in Bavaria in 2015.

France has warned that batches of fipronil-contaminated eggs have been found at two French food-processing factories. The UK's food regulator has said it is "urgently investigating the distribution of these eggs." (07.08.2017)

The German government has recalled thousands of eggs contaminated with the chemical fipronil. The news comes less than a year after the insecticide found its way into millions of eggs in the Netherlands. (12.06.2018)

Meat is relatively cheap for consumers in Germany. But that could all be about to change as lawmakers from across the political spectrum back proposals aimed at climate protection and animal welfare. (07.08.2019)