'FDP's success is not secured'

State polls in Lower Saxony saw Social Democrats and Greens win by a slim margin, and a surprise boost for the liberal FDP - not a trend for national polls, says political scientist Oskar Niedermayer. 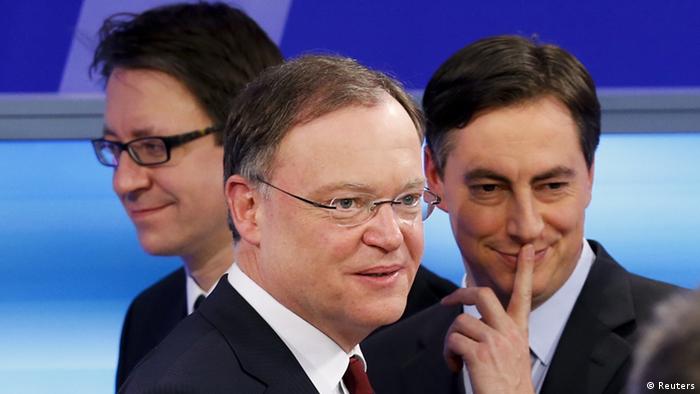 DW: Lower Saxony state elections ended with more than one surprise. Which do you think most significant?

Prof. Oskar Niedermayer: The biggest surprise for me was the extent to which supporters of the Christian Democrats (CDU) voted for the Free Democrats (FDP) to enable the party to enter parliament and keep the incumbent premier [David] McAllister in power.

It was a sensational outcome for the FDP - thanks to "loaned" votes. The so-called "second vote" is a very German election phenomenon. Could you explain the procedure and why it was so remarkable?

German voters cast two votes - the first vote for their constituency candidate, the second vote for the party - and that allows them to essentially vote for different parties. A CDU supporter could use his first vote to vote for the CDU candidate, while giving his second vote to the possible coalition partner to keep a certain government in power. For tactical reasons, it can make sense to use the second vote for a smaller party that might otherwise not manage to win the five percent of the vote needed to enter parliament - even if it is contrary to one's political leanings.

A majority of citizens, about 42 percent, say they want to see Philipp Rösler step down as head of the FDP whatever the outcome of the Lower Saxony polls. Does the party's success in Lower Saxony secure his position?

It is up to him whether he wants to remain in office or not. It would be difficult for his opponents to topple him now, they now lack their main argument. But this result and Rösler continuing as leader would not necessarily help in a national election campaign. An better result in a state election does not mean that there has been a nationwide revision of Rösler's image - in this respect, a national election campaign led by Rösler could harm the FDP more than benefit the party.

Now the FDP plans to bring forward its annual party convention and Rösler has even offered his resignation as party leader. 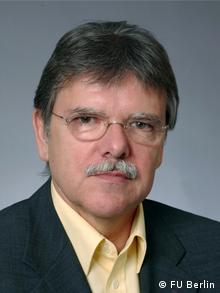 Political scientist Niedermayer is wary about the FDP's election victory

At least the FDP's good showing will still be fresh in people's minds if the party congress is heald earlier. The move is necessary anyway - even if Rösler is to remain in office, he might want a team that will play a major role lined up beside him: Rainer Brüderle, Christian Lindner and others. The team should be presented to voters as soon as possible to end the debate about the leadership.

At present, Angela Merkel has excellent ratings in opinion polls - support for her Christian Democrats (CDU) and their Bavarian sister party, the Christian Social Union ( CSU), has reached 42 percent. That is the best figure in six years. How do you rate the CDU's 36 percent of the vote in Lower Saxony in comparison?

That is due most of all to the CDU's "second vote"-campaign. About a week before election day, the CDU in Lower Saxony polled at 42 percent of the vote, with the FDP at five percent. People shifted their vote, and thus shifted the two parties' relative strength. For the national election campaign that means the CDU will probably be very firm in speaking out in favor of keeping its own voters - and not passing them on to the FDP.

On a national level, opinion polls show support for the Social Democrats (SPD) at its lowest since July 2011 - but the party did well in Lower Saxony with 32.6 percent of the vote. What does that mean for parliamentary elections?

The SPD will try to ride with this tailwind - even though the Lower Saxony SPD actually faced a blowback from the national party. One should not forget that their victory was clearly "planned" for months and it was still a nail-biter in the end. [The SPD's candidate for chancellor Peer] Steinbrück and the SPD were lucky. There was no surge, but they only just scraped through and that was because of the mistakes Steinbrück has made these past weeks. One should also not forget that at a national level, the SPD lags far behind the CDU and that makes it much more difficult for the SPD and the Greens, and that the Left Party will certainly be in the Bundestag thanks to its likely successes in the east of the country.

The Pirate Party and the Left Party both failed to pass the five-percent hurdle needed to enter parliament. Why do you think the Pirates crashed?

For about half a year, the Pirates have been doing increasingly badly in the polls at a national level. Media coverage has not been favorable, either - and that is their own fault: they made a splash not with content but with infighting; in the Lower Saxony campaign, they did not succeed in getting their issues on the agenda. The feeling now is: that was that; from now on, things will be difficult on a national level. It will be very hard to counter that successfully.

The narrow victory by the Social Democrats (SPD) and the Greens in the regional elections in Lower Saxony has given the center-left opposition momentum for the national election in September. (21.01.2013)

Sunday's (20.01.2013) regional polls in the state of Lower Saxony have been billed as a crucial test prior to Germany's national elections. The outcome could predict who will control the chancellery come September. (20.01.2013)

Germany moves into election campaign mode as national polls are scheduled for late 2013. The euro crisis, the crisis on the financial markets, unrest in the Arab world - these issues are bound to remain. (30.12.2012)