France is dispatching a naval vessel, equipped with sonar, to the site to try and locate the black box data recorders. An aviation expert told DW that equipment registered fires on board prior to the crash. 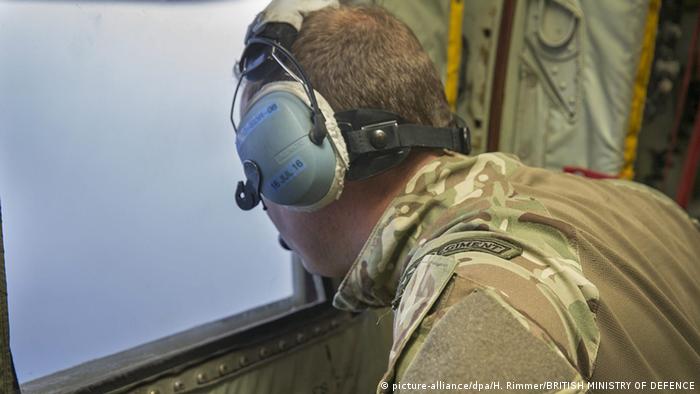 Smoke and fire broke out on board EgyptAir flight MS804 minutes before the plane plunged off radar screens during the early hours of Thursday morning.

There were media reports late Friday that automated warning messages had indicated smoke in the nose of the aircraft, and an apparent problem with the flight control system.

The warnings were reportedly sent automatically by the Airbus A320's computer systems in the early hours of Thursday, local time. "We are looking into this report," an Egyptian civil aviation ministry official said. "At this point I can't deny or confirm it."

Unconfirmed reports about the flight data pointed to several problems that the pilot may have had to deal with just minutes before the crash.

The French BEA investigation agency confirmed on Saturday that the plane sent signals indicating that smoke had been detected before it crashed, but said the signals did not explain the cause of the smoke.

Meanwhile, human remains have been identified at the site of the crash, about 180 miles (290 km) north of Alexandria. The discovery comes roughly 36 hours after the A320 flying from Paris to Cairo abruptly disappeared from radar.

"The Egyptian navy was able to retrieve more debris from the plane, some of the passengers' belongings, human remains, and plane seats," the Civil Aviation Ministry said in a statement.

Confirmation of the crash site has prompted the French Navy to dispatch a patrol boat from its Mediterranean home port at Toulon. The vessel will assist in the search for more debris but is especially eager to find the plane's so-called "black boxes" - the flight and data recorders that could be key to determining whether the plane went down because of mechanical failure, accident, or attack.

The 260-foot (80-meter) ship is equipped with sonar that can identify the sound of the underwater location beacons fitted to the crashed plane's cockpit voice and flight data recorders.

The French Navy says it will take two or three days for the ship and its 90 crew members to reach the search area, which is approximately halfway between the Egyptian coast and the Greek island of Crete.

Finding the flight recorders will also likely take some time as the water is 8,000 to 10,000 feet deep where the jet crashed during the early hours of Thursday. There were 66 people on board, including 30 Egyptians, 15 French and people from more than 10 other countries.

Three French investigators and a technical expert from Airbus arrived in Cairo on Friday morning to help investigate the fate of the missing plane.

Both countries have been victimized by terror attacks in the past year.

Without the flight recorders no one can say definitively what caused the crash, but given the good weather conditions and two experienced pilots, some have speculated terrorism is the more likely cause.

If the plane was brought down by a bomb, this could suggest a security lapse at Charles De Gaulle Airport (CDG), six months after November's Paris attacks killed 130 people.

Given the heightened concerns, France's junior minister for transport, Alain Vidalies, defended security at CDG, saying staff security badges are revoked if there is the slightest doubt.

Airport ground staff who worked on the plane or dealt with goods going into its hold include baggage handlers, maintenance workers, gate agents, security guards, airline boarding employees and others. They all carry "red badges" that give them access to restricted areas of the airport.

After last year's attacks in Paris, dozens of red badges were withdrawn "for the phenomenon of radicalization."

Shares in European airlines and tour operators have come under selling pressure, underperforming in a weaker market after EgyptAir said a plane carrying more than 60 passengers and crew had gone missing. (19.05.2016)