A German court has charged a lawyer over €200,000 in expenses after it emerged that his client, a neo-Nazi terrorist bomb victim, never existed. But the lawyer claims he himself was duped. How could he not know? 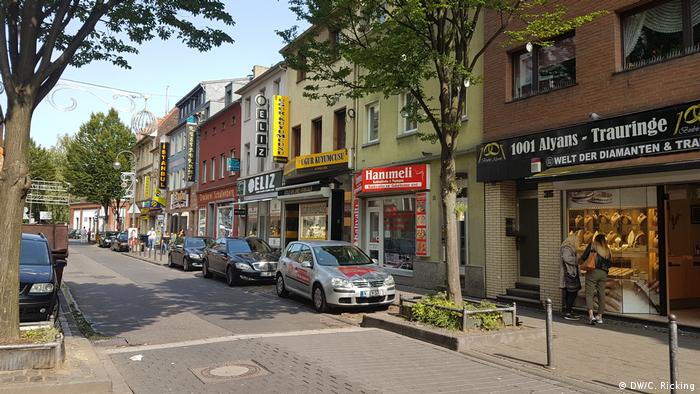 Cologne's Keupstrasse, where a nail bomb injured 22 people in June 2004

A German court is demanding that a lawyer under investigation for fraud pay back over €200,000 ($235,000) in fees and expenses after it emerged that his client — a victim of a National Socialist Underground (NSU) bombing — never actually existed.

Ralph W. represented a woman called Meral Keskin for 230 court days between the opening of the trial in May 2013 and October 2015, when the court learned that Keskin — supposedly injured in the NSU's 2004 nail bombing on Cologne's Keupstrasse — was fabricated.

The Bavarian state justice treasury has now sent him a bill for €211,252.54 to repay his travel expenses and advances on court fees.

Ralph W. withdrew from the trial in 2015 when his client failed to appear in court for questioning after several requests. After initially claiming that she had missed a flight from Turkey, Ralph W. said that he had been tricked into representing the woman by a real victim of the bombing — Attila Ö. who suffered several injuries in the attack.

Ralph W. filed a criminal complaint against Attila Ö, and Cologne state prosecutors brought a fraud case against the man, but he died of a long-term illness in September this year before the investigation could be completed.

But in the meantime prosecutors in Aachen are pursuing their own fraud case against Ralph W. — accusing him of colluding with Attila Ö. to fabricate Meral Keskin. Through his own lawyer, Peter Nickel, Ralph W. has denied this, maintaining that he didn't know that Keskin didn't exist and that the client had been brought to him by Attila Ö. "My client is willing to exhaust all legal means and legal remedies," Nickel said. 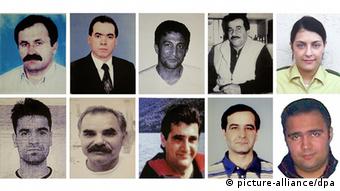 According to sources in "legal circles" cited by the Süddeutsche Zeitung, Attila Ö. claimed until his death that Ralph W. knew of the deception from the beginning and that the lawyer had offered him money — though he only ever received €1,000. Ralph W. denies that he knew of the deception too, though in 2015 he did pay Attila Ö. a fee for bringing the supposed client to him.

How did he not know?

By Ralph W.'s account, Attila Ö. staged an elaborate deception to fabricate Keskin and to claim compensation on her behalf. Attila Ö. had allegedly told him that the woman was now living in Turkey for health reasons, which was why no direct contact was possible.

Later, the lawyer claimed that Attila Ö. had once introduced him to a woman who he said was Keskin, but who only spoke Turkish, so that communication was only possible through Attila Ö. Only later did he find out that the woman was actually Attila Ö's mother.

However, Ralph W.'s own 2013 application to the Munich court to represent his client in the NSU trial raises questions about the lawyer's claims that he had no idea his client didn't exist — or at least about his competence.

For instance, the document — shown to DW by Attila Ö's lawyer Eberhard Reinecke — claims that his client was treated in Cologne's Eduardus hospital, and provides a doctor's certificate of the treatment — however, the hospital records show that no Meral Keskin was treated there. Research by Der Spiegelmagazine showed that Attila's Ö's lawyers later submitted the identical doctor's certificate for their own client.

Not only that, Ralph W. claimed in the application that Keskin was questioned by police and interviewed by public broadcaster NDR even though there was no record of either interview — and that she was even invited to visit the German president, though there was no evidence of this, either. 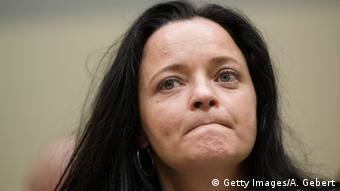 Zschäpe has been on trial since 2013

'No one could be that stupid'

"If he had not known from the start that his client didn't exist, it means that in two-and-a-half years he didn't even read the first 100 pages of the files on Keupstrasse. To put it bluntly, no one can be that stupid," Reinecke told DW. "That means that from the start he was only interested in generating fees and not truly representing victims."

There is also the question of the €5,000 that Ralph W. received on behalf of his fabricated client as victims' compensation from the German state. He claims he passed the money to Attila Ö. to give to her, but this, as far as Reinecke is concerned, makes no sense, since Attila Ö. never had a legal right to take that money for her, and he says that his former client swore up until his death that he never received the money.

"The accusation of fraud against [Ralph] W. is justified in any case, completely regardless of who invented this woman or who didn't invent this woman," Reinecke said. Nevertheless, as Reinecke admitted, it remains unclear who came up with the idea of fabricating the victim.

The NSU trial in Munich is currently examining a series of murders, bombings, and bank robberies carried out by a neo-Nazi terrorist cell across Germany between 2000 and 2007. The cell was only discovered in 2011 (even though several police informants were apparently aware of its existence before), after a botched investigation that is the subject of several parliamentary inquiries. The supposed last surviving member of the cell, Beate Zschäpe,has been on trial in Munich along with other alleged accomplices, since 2013.

Germany's federal prosecutor says two alleged accomplices to NSU member Beate Zschäpe provided the murder weapon that was used in a string of racial killings. The neo-Nazi trial is expected to wrap up in a few months. (01.08.2017)

In their closing arguments, federal prosecutors drove home a description of Zschäpe as directly involved in the NSU's murders and bombings. They rejected Zschäpe's defense that she was dependent on her co-conspirators. (26.07.2017)