In a recent interview with broadcaster Sky Sport, Germany's star footballer and FC Bayern midfielder Joshua Kimmich said he still had reservations about COVID-19 vaccines because of a lack of long-term studies about their effects. It's an argument that is often heard from those who haven't yet signed up to take the shots — in Germany, that's one in four people. Some people justify their hesitation by saying they fear the possible long-term effects of the vaccines. On Twitter, some vaccine skeptics have pointed to examples of other vaccines, for example against swine flu, where there were allegedly long-term complications. But is that really true? Here are answers to the most important questions.

Reactions, side effects and long-term effects. What are the differences?

Reactions to a vaccine usually occur shortly after the vaccination and can last for several days. In the case of the COVID-19 vaccines, these can involve pain or tenderness at the injection site — in other words, a sore arm — or headaches. These symptoms show that the body's immune system is dealing with the vaccine.

What can be called "side effects" are stronger reactions to a vaccine. They are "an undesirable reaction of the body to the vaccine that occurs in addition to the completely normal vaccination reaction," said Christine Falk, president of the German Society for Immunology and professor at the Institute for Transplantation Immunology in Hannover, in an interview with DW.

They are more serious than usual reactions and, in the most extreme cases, can lead to damage that has a longer-term impact on health. Very rare side effects such as cerebral venous sinus thrombosis or heart muscle inflammation have already been reported with COVID-19 vaccines.

The commonly used term "long-term effects" cannot be separated from side effects in relation to vaccines. They are just side effects whose connection with the vaccine becomes apparent only after some time has passed. For example, if a side effect occurs in only one in a million people, the connection is only apparent when several million people have been inoculated.

The good thing about COVID-19 vaccines is that more than 7.2 billion doses have been administered worldwide so far, allowing rare side effects to be identified quickly.

"Because so many people have already been vaccinated and because many months have already passed since a lot of people received the vaccination, we can now be very certain about possible side effects," immunologist Förster explained.

What about the thrombosis cases linked to AstraZeneca?

This is a rare side effect that was discovered by health officials only after the AstraZeneca vaccine was rolled out, Förster confirmed. There were some severe cases with blood clots in different or unusual locations (for example, in the brain as cerebral venous sinus thrombosis).

Thrombosis, which is a rare side effect of the COVID-19 vaccine, can be treated effectively

"The clinical trials can show the more common reactions to the vaccine, but unfortunately not the rare ones because of the relatively small number of cases," immunologist Falk explained. That's why this side effect didn't come to light until after the vaccine was approved, she said.

According to Australian health authorities, thrombosis occurs only in a maximum of four to six people out of 1 million who are vaccinated with AstraZeneca.

According to Germany's Federal Center for Health Education, the majority of thrombosis cases usually occurred two to three weeks after vaccination, predominantly in people under 60 years of age. That's why, as of April 1, Germany now only recommends vaccinating people 60 and older with AstraZeneca. If the side effect is detected early enough, it can be treated.

How long does it take for the vaccine to clear from the body?

There are two different types of vaccines approved in the EU:mRNA vaccines from BioNTech-Pfizer or Moderna, and vector vaccines such as those from AstraZeneca or Johnson & Johnson.

For both types of vaccines, "we're talking about a matter of days and weeks before the vaccines are completely broken down and no longer present in our bodies," immunologist Christine Falk said.

The mRNA vaccines contain the blueprint, so to speak, for a specific component of the virus — after they are injected, the immune system is stimulated and antibodies are produced against this small part. Afterward, the mRNA is completely broken down again, according to BioNTech-Pfizer — and thus cannot trigger any late-onset long-term effects. "There is no evidence that reactions can occur at a later stage," Reinhold Förster said.

Vector vaccines also contain a genetic template for the spike protein and stimulate the immune system to produce antibodies. According to the Federal Center for Health Education, the vaccine vectors are broken down after a short time — and thus cannot cause a reaction to the body even after a long period of time.

Were side effects linked to other vaccines discovered years later?

With the Pandemrix vaccine against swine flu, a very rare side effect — narcolepsy, a sleep disorder — was not noticed until long after the vaccine was introduced. Initially, comparatively few people were vaccinated, so the side effect was not attributed to the vaccine until months later, after many people had been vaccinated. 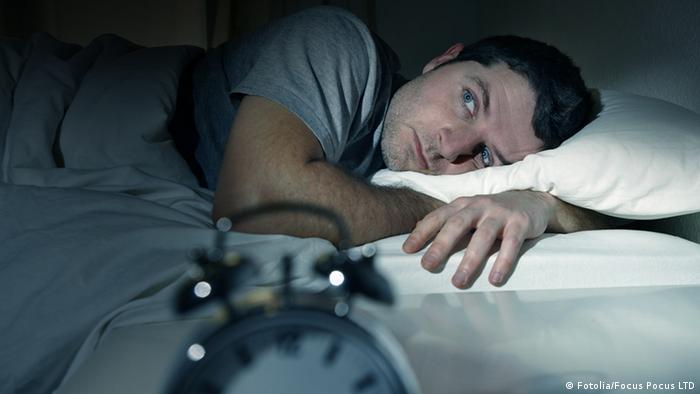 "The fact that it could be detected at all had nothing to do with the fact that those vaccinated had to be observed for a particularly long time until this side effect occurred, but rather that many people were vaccinated," explained immunologist Förster. Very rare side effects can be seen only when there is a large group of vaccinated people.

This side effect of the Pandemrix vaccine occurred sporadically within a few weeks in children between the ages of four and 19. Based on epidemiological studies, two to six additional cases of narcolepsy are expected per 100,000 doses administered to children and adolescents. Currently, the vaccine is no longer used in the EU.

What side effects have been reported after COVID-19 vaccines?

In its safety report, the Paul Ehrlich Institute, a German federal health agency that regulates and researches vaccines and biomedicines, lists known, yet very rare, side effects of the COVID-19 vaccines. They include, for example, myocarditis, an inflammation of the heart muscle, and pericarditis, an inflammation of the pericardium, whereby the causal relationship has not yet been conclusively clarified in the cases reported to date.

Nonetheless, the Standing Committee on Vaccination (STIKO) recommended on November 10 that people under 30 should no longer be vaccinated with the Moderna vaccine — as pericarditis had been reported more frequently than with the BioNTech vaccine.

Furthermore, anaphylactic reactions, cerebral venous sinus thromboses, Guillain-Barré syndrome and thrombocytopenia or immune thrombocytopenia have been reported. The institute also issues vaccine reports, which are updated monthly and include information on the frequency of side effects

Leading immunology experts in Germany largely rule out the possibility of people becoming ill years later as a result of COVID-19 vaccinations. The human body reacts to the vaccine immediately after receiving the shot or a few weeks later — and can then develop vaccine reactions or more severe symptoms.

In the worst cases — which are, however, very rare — these can be cerebral venous sinus thrombosis or heart muscle inflammation, for example, which can also have a longer-term effect on a person's health. Since more than 7 billion doses of vaccine have already been administered worldwide, even very rare side effects have been discovered. Scientific studies on possible long-term effects are not yet available. But long-term or late effects that do not show up for the first time until years after inoculation, as some vaccine skeptics fear, are not possible, according to the immunologists we interviewed, and are also not known from other vaccines.

This is because vaccines are rapidly broken down in the body and thus cannot trigger any lasting reactions.

Editor's note: This article was originally published on October 29, 2021, and was updated on November 10 with recent figures.