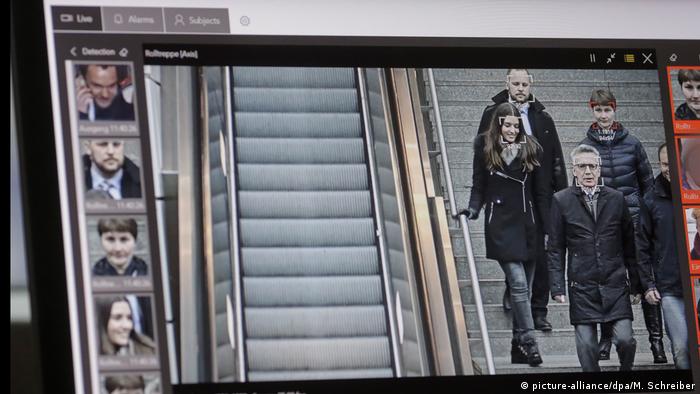 In an unspectacular room with a glass window above the western hall of Berlin Südkreuz train station, three laptops have been working round the clock for the past six months scanning the faces of those descending the escalator and stairs. The scans are then compared with a database of photos to identify crime "suspects."

For the time being this is just a test. The German Interior Ministry and the Federal Police want to find out how effective three video identification systems might be at recognizing terrorists and other major criminals. German Interior Minister Thomas de Maiziere visited the station on Friday and said he was satisfied with the preliminary results of the examination.

"In more than 70 percent of cases, we have positive identification of people we're looking for," de Maiziere said. "That's a very good number — much better than in a similar test 10 years ago. This test was also criticized because of fears of false identifications. The percentage of this sort of mistake is less than 1 percent."

In this test, 300 volunteers who frequently pass through the station provided "wanted photos" and agreed to wear transponders to see how accurately the facial recognition software registered their comings and goings. Volunteers were promised modest prizes in return for their cooperation.

The experiment has been going on since the late summer, and although de Maizere said he was satisfied, the results have been anything but perfect. 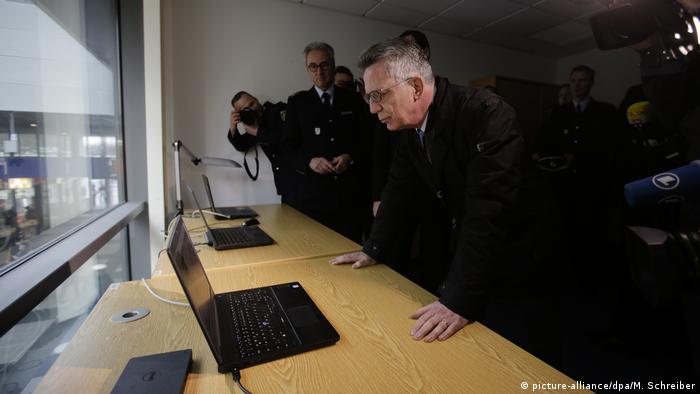 De Maiziere said that the pilot project would be extended by six months to the end of July 2018.

"The pictures provided by the volunteers are very good quality," the interior minister said. "But in everyday police work, we often have to find people for whom there are only poor-quality photos. The second phase will test whether the results are comparably good with photos of worse quality."

De Maiziere added that he wanted to find out if the systems worked as well in winter, when people wear more potentially identity-obscuring clothing than in summer. Critics have claimed that even wearing a pair of sunglasses can be enough to fool the identification systems.

In the computer room, the three systems were indeed able to spit out matches of test subjects within seconds, even though some of those pictured wore winter hats and scarves. But the computer programs and cameras aren't perfect — some volunteers escaped detection, while 0.3 percent of matches proved false. De Maiziere believes that this was a more than acceptable level of accuracy.

"This promises a considerable advance for tracking down serious criminals," he said.

De Maiziere added that if the final test results were positive, his ministry would move to implement facial recognition surveillance in German train stations and airports and would seek changes to German law to that effect, if deemed necessary.

Two interpretations of one figure 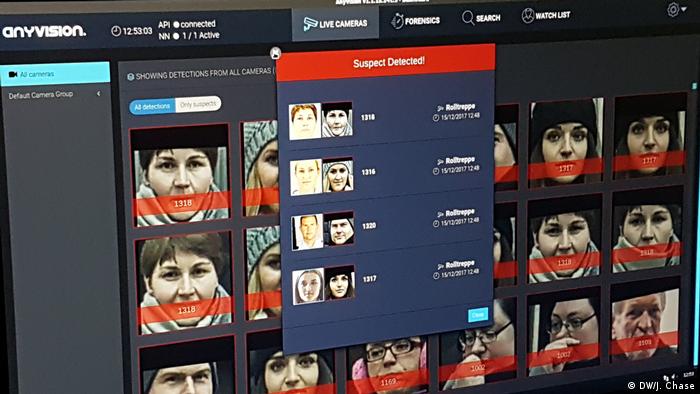 For those who worry about state encroachment on individual rights, the preliminary test results — and particularly the 0.3 percent false identifications — were no cause for celebration.

"Personally I think that's a catastrophic result," Kerstin Demuth, spokeswoman for the data-protection activist group Digitalcourage, told DW. "If you add up how many people pass through a train station like that every day, then 0.3 percent mistaken identifications mean a large number of false alarms.

De Maiziere countered such reasoning by arguing that conventional police work, too, is fallible.

"It's been criticized that people are wrongly identified, but that happens every day in normal police work," he told reporters. "Normally an officer receives a picture on a wanted poster and then looks with his own eyes for people who resemble this picture. The percentage of mistakes made is a lot higher."

De Maiziere promised that the technology would only be used to combat serious crimes, but Demuth pointed out that identification software is dramatically on the rise where less serious crimes are concerned and where it is commercially useful. She said that people in Germany are increasingly fed up with being scanned and identified in public places.

"It is scientifically proven that people behave different when they're being observed," Demuth said. "People are bothered by it. A few years ago, we would have thought we couldn't win with a campaign against facial recognition software. But we see that more and more people are outraged. I think we can achieve victories and put pressure on the interior minister not to pursue this option."

But for the next six months at least, while the discussion continues, the three laptops in the small room above the western hall of Südkreuz train station will continue their relentless search for their fake suspects.