German Chancellor Angela Merkel has received assurances from Facebook founder Mark Zuckerberg that the company will combat racist comments on the Internet. They met on the sidelines of a UN development summit. 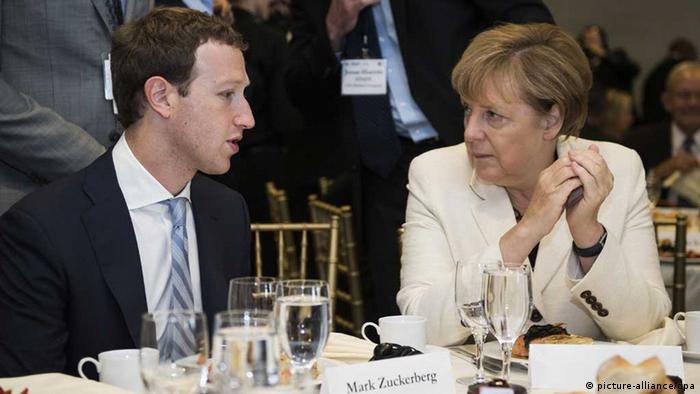 Facebook founder Mark Zuckerberg on Saturday promised German Chancellor Angela Merkel that his company would work on measures to combat racist and hateful comments on the social media platform.

In comments heard over an inadvertently live microphone on the United Nations live stream at a global summit in New York, Merkel asked whether Zuckerberg intended to improve the situation, to which he answered: "Yes."

This comes after German Justice Minister Heiko Maas met with Facebook representatives in Berlin in mid-September following the posting of a number of right-wing extremist and racist comments about refugees.

Maas had expressed bewilderment that photos considered to be indecent were quickly deleted, while hate speech postings were often left on Facebook pages even after users had complained. Merkel had also called on the company to take measures to fight mass incitement.

Among other things, it was agreed at the meeting to form a task force to tackle the problem of hate speech on the Internet.

Also at the UN special summit, which aims to formulate steps toward eradicating extreme poverty by 2030, Zuckerberg and Microsoft founder Bill Gates pledged to attempt to bring Internet access to everyone in the world by 2020.

"When people have access to the tools and knowledge of the Internet, they have access to opportunities that make life better for all of us," said a declaration signed by Zuckerberg and Bill and Melinda Gates. 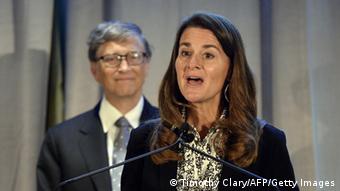 "The Internet belongs to everyone. It should be accessible by anyone," the statement added.

Zuckerberg said for every 10 people connected to the Internet, one is lifted out of poverty, adding that broader Internet access could allow 600 million children who currently have no opportunity for schooling to be educated.

He also described the Internet as "the key driver of social and economic progress in our time," saying that it provided "the chance to build a common global community with a shared understanding."

The current UN summit, which ends Sunday, is aimed at fixing some of the world's greatest problems by means of a 15-year road map, which was endorsed on Friday by the 193 members of the world body. The plan includes measures to combat climate change and eradicate the worst cases of poverty.

Chancellor Angela Merkel and other politicians have called on Facebook to do more against racist comments on the site. Now an opposition politician has gone public with the abuse she has taken on her Facebook page. (11.09.2015)