Photographing glacier melt over a century and more

Fabiano Ventura is exploring the rooftops of the world to recreate 19th-century photographs of Alpine glaciers. The juxtaposition of then and now makes for a dramatic view of our warming planet. 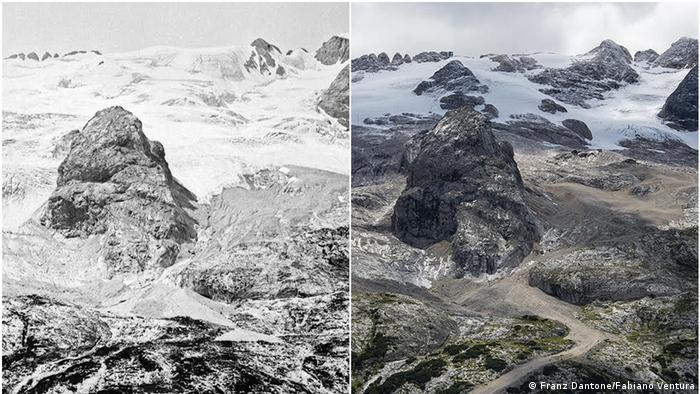 A team of mountaineers climbs a grassy slope facing the majestic Marmolada, in the heart of the UNESCO World Heritage Site of the Dolomites in the Italian Alps.

They lug heavy backpacks, but the equipment they contain isn't mountaineering gear. Instead, they have brought large-format cameras designed to replicate the characteristics of those used by pioneers of photography more than a century ago.

The team is searching for the precise spot where, in 1880, photographer Franz Dantone took a panoramic shot of the Marmolada Glacier.

In those days, this ancient mass of ice must have seemed as immutable as any other geological feature of the landscape. But, today, it's listed as one of the first iconic glaciers of the Alps expected to disappear, probably within the next 30 years.

The team is headed by photographer and explorer Fabiano Ventura. Over the past decade, he has visited the planet's most important mountain glaciers, from Alaska to Patagonia, from the Caucasus to the Himalayas.

The goal is to build an archive of juxtapositions between some of the oldest existing photographs of glaciers and their present appearance after decades of climate change.

Expeditions to the Alps this year and next are to complete Ventura's project.

Beautiful images with a stark message

Ventura has in his hands a copy of Dantone's photo, which he constantly compares to his surroundings, checking angles and daylight so that the shadows of landforms will be perfectly — or almost perfectly — stackable.

"Sometimes we spend hours on a peak waiting for the perfect light," Ventura says. "Sometimes we need to come back if the weather isn't good." 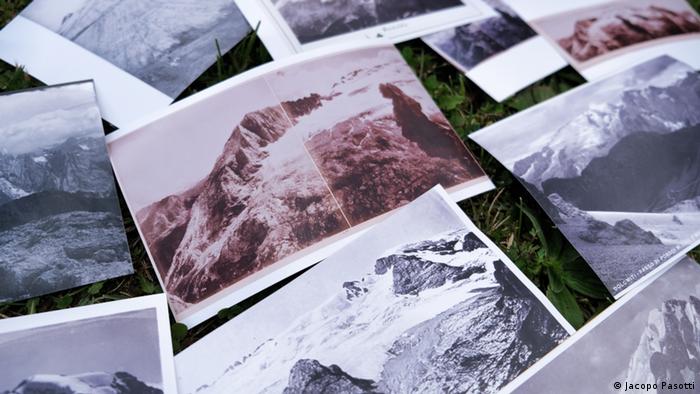 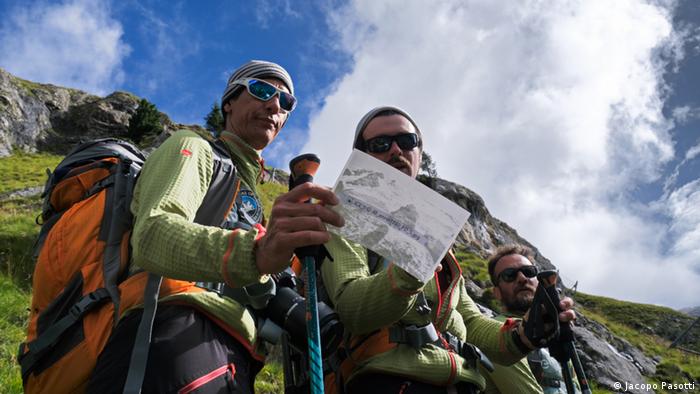 Even an untrained eye can immediately pick out dramatic contrasts between the 140-year-old image and today's view, not least in the cable cars, ski runs and power lines that crisscross this once-pristine landscape.

But there is a far more profound trace of human activity on display, too. Where once rocky outcrops protruded from a sea of hard white, scraps of pale ice are now scattered across an otherwise dark expanse of rock.

Ventura's images are a dramatic and compelling visual representation of the realities of climate change — powerful evidence of how quickly the planet is heating up.

At the same time, his work also functions as valuable data to assist the work of climate scientists trying to quantify ice loss.

"It allows a better quantitative analysis ... and is much more precise than the usual comparisons done by many people," says Christoph Mayer, a glaciologist at the Bavarian Academy of Sciences and Humanities.

Unlike satellite imagery, which only dates to the late 1970s, Ventura's project allows comparisons with glacial formations as old as the mid-19th century, and his high-resolution images reveal far more detail.

"More and more scientists are asking to use my photos to have an unambiguous view of the effects of climate change associated with their scientific data," Ventura says.

Mayer is particularly interested in Ventura's pictures of the Baltoro Glacier in Pakistan, which he hopes will allow him to estimate just how much ice has been lost since Vittorio Sella photographed it in 1909. 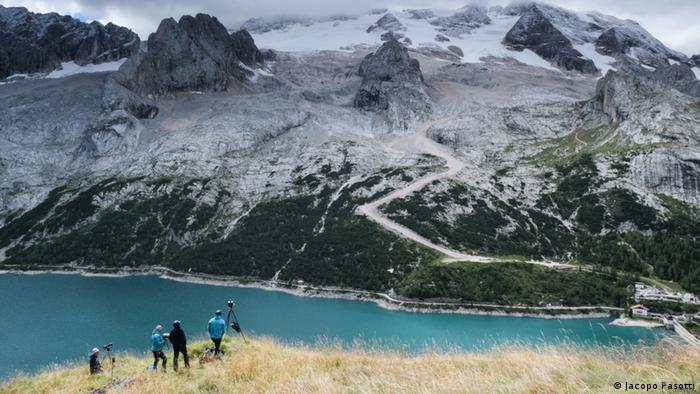 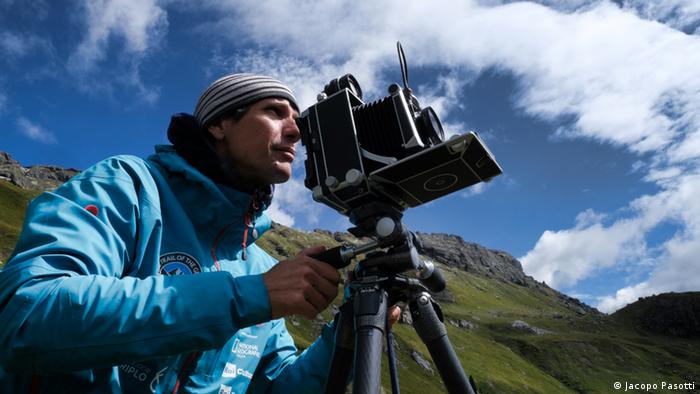 Ventura's process is in itself a form of scientific inquiry.

For the Alps alone, he and his team examined thousands of photos from 70 archives around Europe, selecting those with the best light, resolution and perspective, which were then carefully restored for exhibition.

Then there's the painstaking process of locating the exact position from which they were taken. These shooting points are georeferenced so future generations of photographers and researchers can return to monitor ongoing change.

Because, soon, Ventura's work will be a piece of history, too.

The global volume of Alpine glaciers is estimated to be only about a third what it was in 1850, but most of this loss has happened since the melt really began to accelerate in the 1980s. In the hot summer of 2019, the Alps lost 800 million metric tons of ice in just two weeks, according to Matthias Huss, glaciologist at the ETH Zürich.

By the end of this century, there may be no better vantage point to take in the spectacle of an Alpine glacier than in front of a print on a gallery wall.