The 2021 Formula One season promised a battle between Mercedes and Red Bull and it delivered just that in Portugal. Lewis Hamilton won a race he led for 34 of 66 laps. 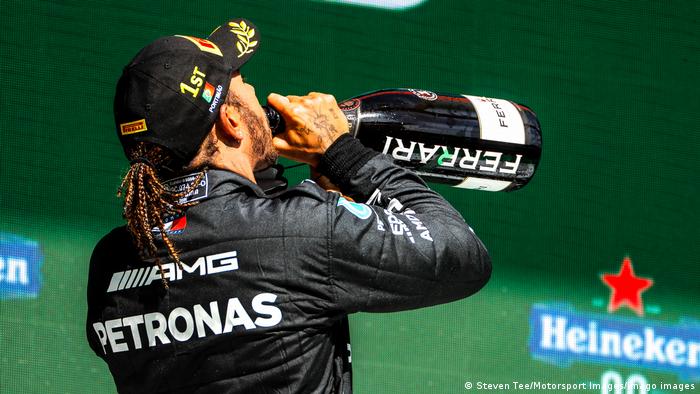 In a thrilling team battle that is likely a sign of things to come for the rest of the season, Mercedes and Red Bull split the top four spots in a tight and tactical race.

After an exciting back and forth with Max Verstappen, Lewis Hamilton ended up top of the podium. The Briton, who dropped to third at one point, sealed a win thanks in part to Valtteri Bottas' ability to hold off Verstappen for long periods of the race.

Red Bull kept Sergio Perez out for most of the race before pitting their No. 2 driver but Verstappen wasn't able to take advantage and catch Hamilton. Verstappen and Bottas pitted for soft tires as both raced for the bonus point that comes with sealing the fastest lap, and although the Dutchman was faster he exceeded track limits and so the Finn claimed the extra point.

Driver of the day at the Portuguese GP

Daniel Ricciardo (McLaren) — Having started in 16th, the Australian fought his way to 10th and then having not stopped when others did found himself in fifth at the halfway stage. A slow stop after 43 laps cost him two seconds, but the Aussie still managed to finish 10th.

Alpine — Esteban Ocon finished seventh, making the most of a great qualifying run that saw him start sixth. Combined with a brilliant veteran drive from Fernando Alonso who climbed from 13th to claim points and finish behind his teammate in eighth, it was a fantastic weekend for Renault's team.

Fastest Lap at the Portuguese GP

Quote of the day at the Portuguese GP

"A lot to download from today, today wasn't all perfect." — Lewis Hamilton 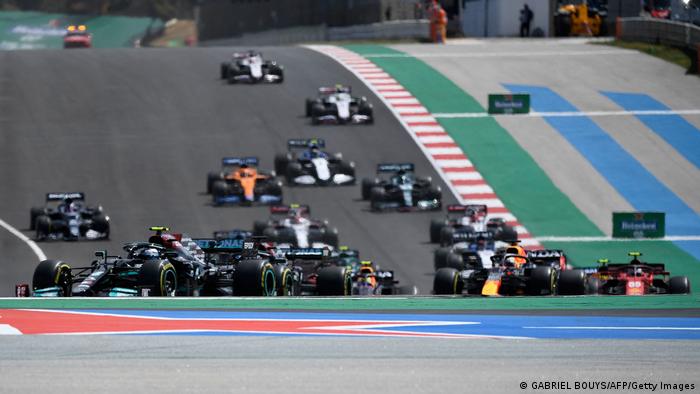 It was a busy start in Portugal

The circuit: Autodromo Internacional do Algarve

Casually known as Portimao, the 4.6 kilometer (2.85 mile) course has plenty of elevation changes, sending drivers up and down across the circuit. There are 66 laps on a circuit that has only been on the schedule since last season when it was added at the last minute due to the pandemic.