Bernie Eccelstone, Sebastian Vettel and Nico Rosberg, title-holders Mercedes, the Nürburgring race track - everybody involved "hopes" that this year's German Grand Prix will take place. So why is it in such danger? 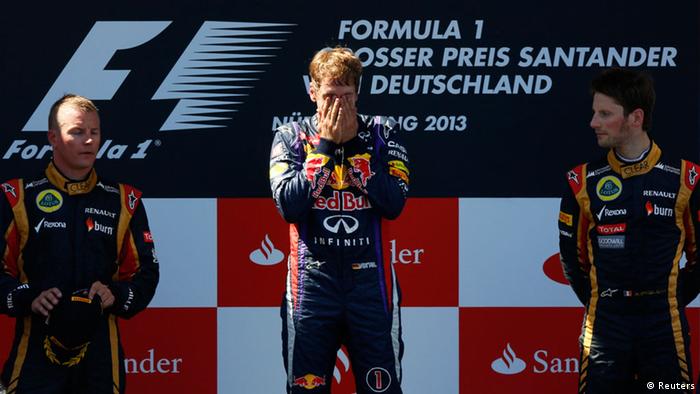 Sebastian Vettel won in 2013 at the Nürburgring, his first F1 win in Germany; Nico Rosberg won last season at Hockenheim

Officially, this year's German Grand Prix weekend is set: July 17-19. But perhaps it's best to hold fire on booking vacation days or flights from abroad. The venue for the race - once officially designated as the Nürburgring - is now described by F1's website as "to be announced," unlike the other 19 entries on the 2015 calendar. Unusually with just a month before the new season starts, race tickets cannot yet be purchased.

"I really hope our Grand Prix will be held this year," Nico Rosberg said at pre-season testing in Spain this week, while Sebastian Vettel said it would be "regrettable" if he could not compete in front of home fans.

F1's commercial supremo Bernie Ecclestone, with whom the final decision shall rest, said this week that there was still hope. But he also said that, if a deal were to be struck, then perhaps with the Hockenheimring - Germany's other established F1 circuit. 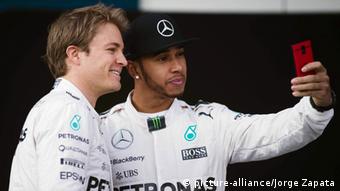 Mercedes, with reigning champion Lewis Hamilton and Nico Rosberg, have an interest in a race on home soil

Observers agree. Asked whether he expected a German Grand Prix to take place this July, Wilhelm Hahne told DW: "I could well imagine that, but I can't imagine it would take place at the Nürburgring."

"I could picture Mercedes perhaps being prepared to support Hockenheim in some way, for instance by buying tickets for staff in Stuttgart, who don't work that far from the circuit," Hahne, a local resident and renowned Nürburgring critic, said. "Another aspect there, from late January, is the Bitburger brewery's new 'premium contract' as official partner of the Hockenheimring. And so fans now drink Bitburger at Hockenheim, just as they do at the Nürburgring. I very much doubt that they did that to hurt the Nürburgring, but perhaps because they realized that they won't be able to sell much beer up here on the Formula One weekend."

Christian Sylt, a prominent journalist covering the financial side of F1, also believes Hockenheim to be the likely candidate. He also said that Ecclestone and F1 would be very keen to keep Germany in a series which has begun to vacate its historical European heartland in recent years. Losing the German market - with the Mercedes team, four-time champion Vettel and last season's runner-up Rosberg, to name a few - would be "a damning indictment of the state of affairs, particularly with France not being on the calendar." 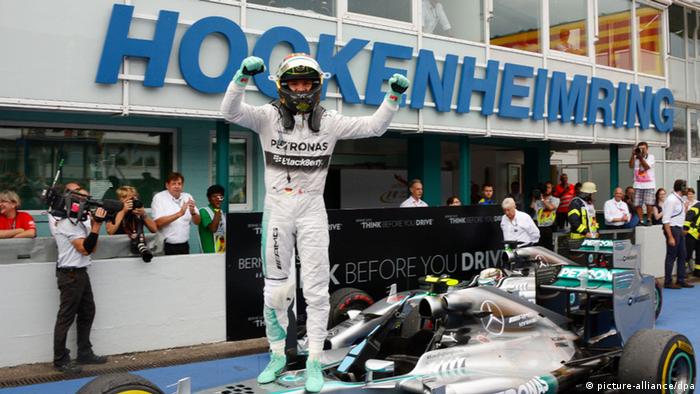 Going by the form book, 2014 race winner Nico Rosberg might welcome an early return to Hockenheim

For several years, the Nürburgring and Hockenheimring have shared the annual German Grand Prix. Both circuits complain that they cannot afford the losses incurred hosting the race every year.

Losses? On an event that sells roughly 50,000 race-day tickets starting at over 150 euros ($170)? That's right - a spot on the F1 calendar doesn't come cheap, except for special case Monaco.

"Unlike many other sports, the race organizers don't get a share of the television revenues from broadcasters, or the corporate hospitality run by Formula One itself, they tend to survive simply on ticket sales revenue - and that just about covers the hosting fee for the race," Sylt explains. "So the actual running costs of the race itself often push the tracks into a loss."

In several countries, national or regional governments foot this outstanding bill - on the understanding that the Grand Prix will bring tourists, revenue, and international attention to the area. European governments have long proven more reluctant to buy into this model, while races have sprung up in countries including Bahrain, Abu Dhabi, China, Russia and Singapore since the turn of the century. Mexico is the fresh face on the 2015 calendar, Azerbaijan's set to join in 2016. 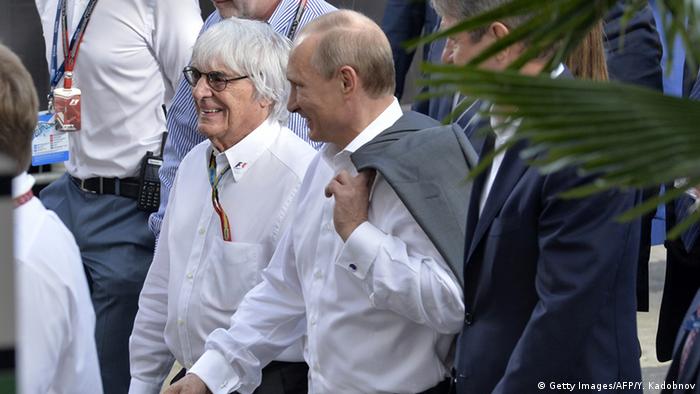 Austria is one notable recent exception to this European exodus, returning to the calendar with Red Bull support in 2014. Yet that race puts more stress on ticket sales in neighboring Germany. Roughly 30,000 more people attended the Austrian race-day than Hockenheim's. When first announcing in public that Germany's race was in real danger, Ecclestone even quipped: "We've got one [a German GP], it's called Austria."

Negotiators from both German tracks are in talks with Ecclestone, likely seeking a reduction to the fee they would pay to host the race this year. But for F1, the sanctioning fees paid by circuits in order to host a Grand Prix make up the largest single component - more even than selling television and media rights - of the sport's revenue.

"I've known Bernie Ecclestone very closely for more than a decade, and he's very open about the fact that if a country or a race organizer is prepared to sign a big enough check, they'll get a race," Sylt says. 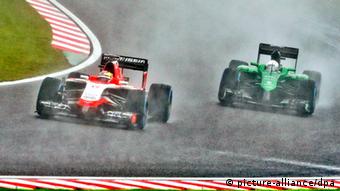 He draws a parallel with the smaller F1 teams like Marussia and Caterham - both of which went bankrupt in the course of the previous season, and are now scrambling to make the 2015 grid - saying that their problem was regularly missing out on the perfomance-based prize money the teams recoup from F1: "I think it's scarcely any different with the circuits that don't have government funding; they can only last so long. And every year - to make matters worse - the hosting fee for Formula 1 tends to go up by circa 10 percent. So every year it's getting harder."

The Nürburgring referred DW's enquiry to a PR company based in Cologne, where Pietro Nuvoloni could only confirm that talks were ongoing, without results, and that he personally was not party to them. He referred us to recent comments from the Nürburgring's managing director Carsten Schumacher (no relation to Michael and Ralf), saying that the circuit was only willing to accept a "proportionate loss" on the F1 race. 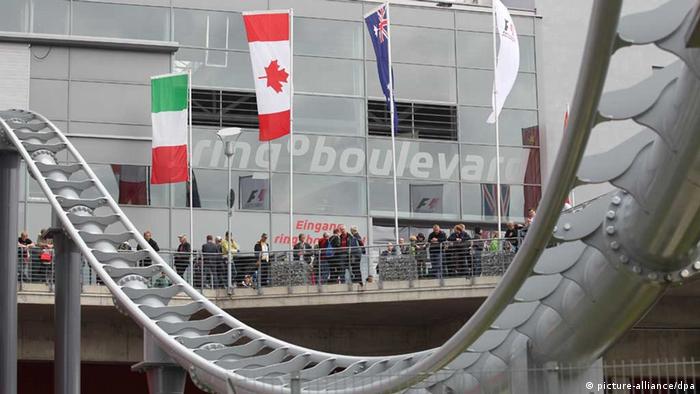 A special case in the Eifel

The Nürburgring's specific financial woes stretch far beyond a seven- or eight-figure loss hosting an F1 race every other year.

Two years after declaring insolvency, and less than a year after the formerly state-owned circuit passed into private hands, the future of the circuit remains uncertain.

Ultimately, a bold but catastrophic renovation plan pulled the track towards insolvency. The changes made prompted the EU to forbid the state government from supporting the private leaseholders operating the circuit. Brussels ruled that the new privately-run complex - now complete with hotels, shops, a promenade and rollercoaster - was no longer eligible for state subsidies, because it had begun directly competing with other businesses in the region. 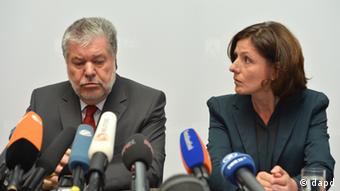 The Nürburgring crashed on Beck's political watch, but now Malu Dreyer is struggling to limit the fallout

This makes the mere mention of subsidies for an F1 race something of a taboo in the regional parliament in Mainz. State premier Malu Dreyer effectively inherited the problems, as longstanding regional leader Kurt Beck stepped down citing health reasons less than six months after the Nürburgring's insolvency.

But it was Dreyer's government which plumped for an unlikely Nürburgring buyer: auto racing parts company Capricorn with a head office not far north of the circuit in Düsseldorf. Her transport minister, Roger Lewentz, said at the time that it was important to keep the track within the industry, rather than sell to "a wealthy foreign investor." Six months after the sale, Russian entrepreneur Viktor Charitonin took a key stake in Capricorn.

"Yesterday, this Nürburgring belonged to us and the taxpayers, now it belongs to Russia," top regional Christian Democrat Julia Klöckner said in parliament in response, adding that this coincided with the EU imposing sanctions against Russia over the conflict in Ukraine.

Transport Minister Lewentz said in response that he hoped the friend of Roman Abramovich would not prove to be a "corporate raider," but urged parliament to give him a chance: "We hear that he's a real motorsport afficionado."

Dreyer, or potentially her successor, faces a re-election battle next year. Polls suggest it's likely to be the toughest electoral test for the Social Democrats since they claimed control of Rhineland-Palatinate from the Christian Democrats in 1991.

The EU Comission has ordered the German state of Rhineland-Palatinate to pay back what it deems illegal financial assistance to the Nürburgring racetrack. But current owner Capricorn is not liable, Brussels says. (01.10.2014)

Ingolf Deubel has received a three-and-a-half-year jail sentence for his role in the failed plan to expand and partly privatize the Nürburgring. The circuit is now in private hands, after an insolvency-driven firesale. (16.04.2014)