The planned deployment of advanced F-22 fighter jets to Europe sends a clear signal to Russia and Eastern Europe of Washington's concern about the situation in Ukraine. But the move is also significant militarily. 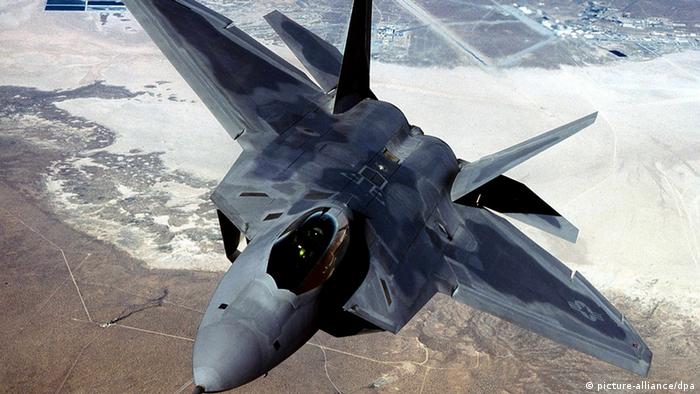 In June at the Paris Air Show, US air force chief Deborah James first publicly floated the idea of deploying the F-22, America's most sophisticated fighter plane, to Europe to counter Moscow's actions in the Ukraine.

"I don't see why that couldn't happen in the future," she said.

Two months later, the Pentagon turned what was a possibility into reality when James announced that Washington would send F-22 fighters to Europe "very soon."

While the Pentagon's decision thus is no huge surprise it shows that the US is worried enough about the security situation in Ukraine - which has deteriorated again recently - that it felt it needed to make good on its plan.

"The United States would not be deploying F-22s if it did not consider it necessary," said Konrad Muzyka, a military analyst on Eastern Europe for defense publisher IHS Jane's.

But it's likely that Washington is not only concerned by the once again increased level of fighting in Ukraine. The constant confrontations between NATO members and Russia in the skies above Europe will also not have gone unnoticed by the Pentagon. 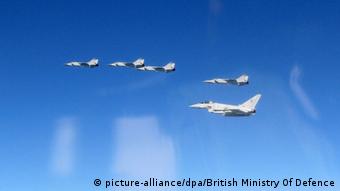 "The trend of air incursions or air incidents has been trending upwards quite significantly," said Alexander Mattelaer, a defense scholar at Brussels Vrije Universiteit. "And in a way the NATO alliance has been reacting to that trend in quite a reactive manner."

Its air command especially had "remained very stuck in a responsive mode always meeting Russian aircraft when they were closing in on NATO airspace," he said.

In fact, NATO just recently announced that it would halve its Baltic Air Patrol missions from 16 aircraft to eight as of September. The Pentagon's move to now send F-22 jets may thus also be viewed as a way to make up for the scaled-back patrolling operation. It can also be interpreted as a sign for NATO's Eastern European members that Washington stands by its commitment to the common defense of allies as stated in Article 5 of the NATO treaty. 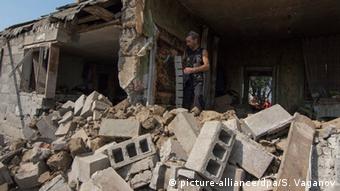 "Eastern Europe will certainly welcome the move," said Muzyka. "Eastern Europeans have been concerned about the perceived buildup of Russian forces in western parts of Russia and additional deployments of Russian assets to the Kaliningrad region since the beginning of this crisis."

The inaugural deployment of America's most sophisticated fighter jet to Europe is rich in symbolism as a show of solidarity with Eastern Europe. But the move also has a very practical military aspect to it - and that may cause some headaches in Moscow.

"It is going to be a massive boost in capabilities because there is no other aircraft in the world with the capabilities of the F-22," said Muzyka. "It is the only operational fifth-generation aircraft presently in service in the world."

In other words: "Russia does not possess any aircraft to match up against the F-22," added Muzyka.

And because F-22 jets are also extremely difficult or impossible to detect for air defense systems, their deployment is a clear message for Moscow "that there is a potential adversary in the air that cannot be detected and that could potentially hold Russian air assets at risk," said Mattelaer.

"That can play an important part in the sort of deterrent dialogue that is going between the alliance and Russia."

Trying to cope with a steadily growing battlefield as the "Islamic State" increases its sphere of influence, the US plans to drastically up its use of drones. Though the move makes sense militarily, it raises questions. (19.08.2015)