Experts support Westerwelle′s quest to rid Germany of US nuclear arms | News and current affairs from Germany and around the world | DW | 04.10.2009

The man widely tipped to be Germany's new foreign minister has renewed his call for the last remaining US nuclear weapons to be removed from the country. Could this signal a shake-up in German foreign policy? 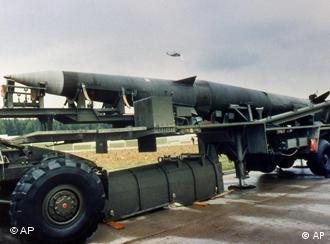 Nuclear weapons in Germany soon a thing of the past?

At the beginning of this week, the new man at the side of Chancellor Angela Merkel, urged the rapid launch of negotiations for the withdrawal of US nuclear weapons from German soil.

Guido Westerwelle's call is not new, but both domestic and international circumstances have changed considerably since the FDP leader first advocated this policy five years ago.

His party, the FDP, has just returned to power after 11 years in opposition and its leader is expected to become foreign minister in the new coalition with the conservatives. And if he does become foreign minister, Westerwelle could get a sympathetic hearing from President Barack Obama who has called for a worldwide reduction of nuclear weapons.

Last week, Westerwelle welcomed the UN Security Council’s unanimous resolution in favor of global disarmament and non-proliferation and pledged to rid Germany of nuclear weapons within the next four years. "Germany has to set a good example when it comes to disarmament by getting the atomic weapons stationed in this country removed," said the FDP leader.

"They are a relic of the Cold War and do not increase our security. President Obama and now the United Nations have pushed the door to a new era of disarmament wide open. Germany, in particular, has to make the most of this opportunity and set an example to the wannabe nuclear states."

The FDP leader wants to make his mark

Westerwelle's initiative is not likely to encounter any resistance from the ranks of the opposition. The Social Democrats, the Greens and the Left party have all previously expressed their support for the move. But how the FDP's coalition partners, the Christian Democrats, will react remains to be seen. Traditionally, the party has seen nuclear weaponry as an essential part of German security policy.

Earlier this year, Ruprecht Polenz (CDU) warned, in an interview with the Tagespiegel newspaper, against "laying down the law or pressurizing the Americans in this matter." The chairman of the Bundestag's foreign relations committee said the continued presence of US troops in Europe was in Germany's interest, and that it was up to the Americans to decide how they wanted to protect their troops.

Exactly how many US nuclear devices remain on German soil and where they are sited remains a matter for speculation. The German government will not comment upon either the deployment or the number of weapons.

Experts estimate that there are currently some 20 warheads stored at Germany's only remaining weapon base in Buechel, near the border with Luxemburg. Another US base in Ramstein was emptied of its arsenal of 130 or so atomic weapons by 2007, according to the Federation of American Scientists.

Last year, a study commissioned by the US Air Force criticized the security and safety standards at most sites for nuclear weapons in Europe, including Germany.

Hans-Joachim Giessmann, Director of Berghof Conflict Research, welcomed the initiative. "The military value of these weapons is zero, but their psychological effect is enormous. It's time that they were reduced."

The real end of the Cold War 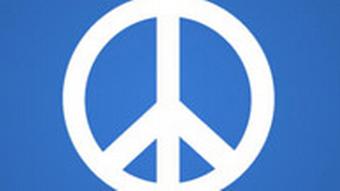 Germany has always had a strong peace movement

The move would represent the end of an era. The Americans first brought nuclear weapons to West Germany in March 1955. By the late-1980s, more than 2,570 nuclear weapons were deployed at dozens of locations across the country.

Their withdrawal could make an important contribution to the non-proliferation debate, according to Giessmann, and help improve relations with other parts of the world. "Whoever wants to credibly call for countries to forego atomic weapons must also be prepared to get rid of unnecessary systems," the peace studies expert said.

Security policy expert Joachim Krause, of Kiel University, also stressed that the weapons lacked military significance, while remaining a political symbol. "They are a leftover from the Cold War. We no longer have to fear a Russian attack. We no longer need nuclear weapons on our territory."

But the removal of the warheads raises a safety issue, according to Krause. He stressed that it was important to determine what would happen to the warheads. "They currently do not represent a threat. They are stored safely. The most important question is where they will end up and if they are secure," said Krause.

The political scientist was also critical of the tactics of the foreign minister in waiting. "I am always against conducting diplomacy in the public sphere. If we want to get rid of them, the US would agree. But it would be better to first clear this up with the Americans and then clarify it in public." 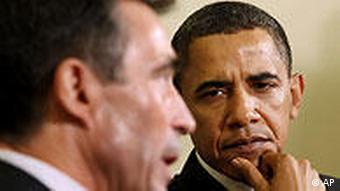 Obama's initiative could cause problems in NATO

And whether Germany's Eastern European neighbors see eye-to-eye with Guido Westerwelle on this matter is questionable. Political scientist Christian Tuschhoff, of the Free University, warned that there had been a paradigm shift within some, but not all NATO members' thinking when it comes to global security.

"The United States, Germany and other western European countries no longer see Russia as the challenge. They see NATO's most important functions in such things as the fight against terrorism and piracy off the coast of Somalia," said Tuschhoff. But he stressed that NATO members with a border with Russia still saw NATO's chief function as guaranteeing the defence of their territory.

"I don't think there will be much debate with the United States on this issue. They have called for a massive reduction in nuclear weapons. The problem will be with the other NATO partners," said Tuschhoff.

German Foreign Minister Frank-Walter Steinmeier has welcomed a landmark UN Security Council resolution aimed at ridding the planet of nuclear weapons. He called global disarmament "one of the most urgent challenges.” (24.09.2009)

The UN Security Council has unanimously adopted a landmark resolution pushed forward by the United States calling for an end to the proliferation of atomic weapons. (24.09.2009)

The intended goal of Gordon Brown's plan to reduce Britain's nuclear submarine fleet is to support Barack Obama's vision of a world free of nuclear arms. But the Brown plan also has unintended consequences. (24.09.2009)