The intended goal of Gordon Brown's plan to reduce Britain's nuclear submarine fleet is to support Barack Obama's vision of a world free of nuclear arms. But the Brown plan also has unintended consequences. 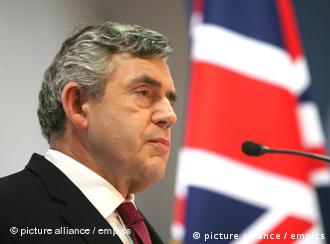 With his announcement that Britain is ready to cut its fleet of four nuclear armed submarines to three, Gordon Brown is trying to add some momentum to the ongoing global debate about nuclear disarmament. He was speaking at the United Nations Security Council meeting, which is being chaired for the first time by a sitting US President.

"If we are serious about the ambition of a nuclear-free world we will need statesmanship, not brinkmanship," Britain's Prime Minister Brown is expected to say explaining his initiative which has been made public ahead of the Security Council session.

"I think this is a very important gesture and definitely a move in the right direction for a number of reasons", says Oliver Meier, the international representative of the Arms Control Association. "First of all Gordon Brown has put this in the context of strengthening the nuclear non-proliferation treaty (NPT), so he is acknowledging that there is a link between non-proliferation and disarmament again. It's also important because he is redefining a minimal deterrence posture."

Until now, Britain has argued it needs four submarines to maintain its policy of always having one submarine at sea while the others are on training missions or maintenance. Under Brown's plan three submarines will suffice to fulfill that mission.

Can Britain deliver with fewer submarines?

But critics say that this is unrealistic, explains Tomas Valasek, director of foreign policy and defense at the Center for European Reform: "One of the concerns about the decisions - highlighted by none other than John Hutton, until recently Defense Secretary - is that with only three submarines in place the United Kingdom may not be able to maintain the uninterrupted patrols at sea that have again been the hallmark of the UK defense policy."

Others criticize Brown's motives, saying he is trying to spin slashing the nuclear fleet - essentially a cost-cutting measure - into a bold security initiative. "I think it's probably not driven so much by the costs issue, because cost savings are likely not to be proportional", argues Meier, and explains that by cutting a quarter of the fleet Brown will not be able to save a quarter of its budget.

Valasek is more skeptical and points out that it would be unthinkable for the prime minister of a country that is in as dire a fiscal situation as Britain not to think about savings. "But the reality is he has been handed an opportunity to combine virtue with necessity, and he is also using the decision to axe the submarine to help his position as a country leading the nuclear disarmament movement and fully supporting President Obama's goal of a nuclear free world." 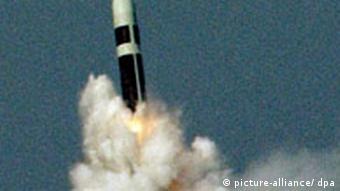 Both experts agree that a main goal of Brown's initiative is to try to build credibility with the international community in order to get closer to the ultimate vision that the British prime minister and the US president share. "What Gordon Brown and Barack Obama are doing is nothing less than building a global consensus for an improved non-proliferation regime under which the countries that aspire to use nuclear energy for peaceful purposes are allowed to do that, but will find it a lot more difficult to break out of the civilian mode and develop weapons using the same technology," says Valasek.

To have any chance of achieving the goal of a new non-proliferation regime, argue the experts, the Western nuclear powers have to show first that they themselves adhere to the rules they want others to follow as well. "It's simply not credible to ask for strong measures against nuclear proliferators while at the same time maintaining unnecessarily high numbers of nuclear weapons," says Meier.

His colleague Valasek adds: "The US, UK and French policy is being viewed in large parts of the world as hypocritical, because while they criticize Iran for not respecting the non proliferation treaty, they themselves have not been living up to the obligations under the NPT to take credible steps towards disarmament."

So will Brown's plan have any effect on Iran's nuclear strategy?

Both experts note that Britain really is a small player among global nuclear powers. They argue that Brown's message was not targeted for Iran, but rather for the majority of countries that don't have any nuclear weapons themselves, but are essential for shaping international opinion on a new nuclear non-proliferation regime. But they do believe Brown's plan will have implications for Tehran.

"It's part of the general trend which President Obama has ignited of creating greater international unity to confront violators of international rules like Tehran", says Meier. "I think Tehran has to become increasingly worried that its old strategy of dividing the international community, dividing for example the permanent members of the Security Council - Russia and China on one hand and the Western nuclear powers on the other hand - is no longer working."

What's more, says Valasek, steps like these could make it tougher for Iran to be as successful as it has been in the past in rallying non-aligned countries to its cause, just because they considered the US and Britain as hypocritical in their nuclear policy. 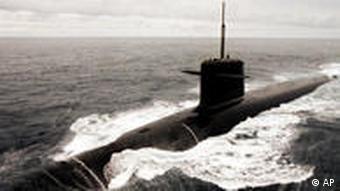 While Gordon Brown's intended goal was to give a boost to the non-proliferation effort launched by President Obama, his announcement will also have an unintended consequence for the second European member of the nuclear club: France.

Just like Britain, France has maintained up to now that it needs at least four submarines to maintain a credible deterrence posture. But the experts argue that, unlike Britain, France so far has been unwilling to discuss its nuclear posture and has been less then enthusiastic about President Obama's nuclear reduction initiative. "The effect of Gordon Brown's decision will be to put more pressure on France to rethink its own nuclear weapon program," says Valasek.

When Iran and the permanent Security Council members plus Germany meet in October, it'll be the first time Iran and the US hold formal talks in 30 years. But this is not the only reason why the meeting is important. (16.09.2009)

Reports that China is exporting gasoline to Iran are potentially burdening US and EU efforts to increase pressure on the government in Tehran. But the West has its work cut out for it to win China over, analysts say. (24.09.2009)