Western nations must get China on board on Iran issue | World | Breaking news and perspectives from around the globe | DW | 24.09.2009

Reports that China is exporting gasoline to Iran are potentially burdening US and EU efforts to increase pressure on the government in Tehran. But the West has its work cut out for it to win China over, analysts say. 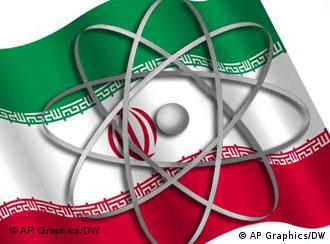 US President Barack Obama this week urged Chinese President Hu Jintao to back stronger measures against Iran in the UN Security Council. But China appears to be following its own interests, according to analysts. The Financial Times reported on Wednesday that China this month began exporting gasoline to Iran. This has prompted concerns that such a move undermines US-led efforts aimed at curbing Iran's nuclear ambitions.

"In my opinion, the method of China's foreign policy is to maintain a quiet and reserved stance toward political conflicts," Hanelt said. "This is clearly evident in the dealings with Iran."

He said China had often shown that where it is active in commodity markets, it doesn't get involved in domestic policies. This was the case in Sudan, Iran, North Korea or Burma. 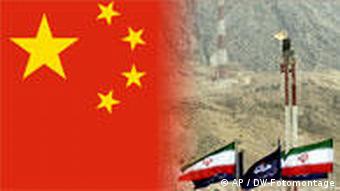 Francois Godement, professor and director of the Asia center at Sciences Po in Paris, said it went even a step further.

Though Iran has a wealth of crude oil at its disposal, it is forced to import refined products such as gasoline because it lacks the refining capacity. Fuel imports are currently not part of the sanctions imposed against Iran.

Can the West count on Moscow?

Obama's appeal to Hu is motivated by increasing pressure on the US president, said Dimitrios Argirakos, chairman of the board at the Duesseldorf Institute for Foreign and Security Policy.

"If Obama by the end of the year does not or cannot implement his domestic policy goals, he has to present success in his foreign policy," Argirakos said. "This will be the interesting question in the next months: how can the US get China on board?" 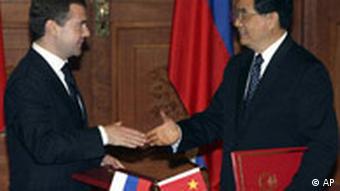 According to Hanelt, western nations are in a true dilemma.

"Its instruments against Iran are for the most part exhausted, as the US in particular has had no official relations with Iran for almost 30 years and therefore also has little possibilities of pressure," he said. It is China and also Russia who hold these instruments in their hands.

Russia has signalled that it could back sanctions if Tehran failed to make concessions in talks in Turkey on Oct. 1 with the six major powers negotiating with Iran over its nuclear program.

But Argirakos said Russia will proceed carefully. Its response followed closely on the heels of Obama's decision to scale back a US missile shield in Eastern Europe and could be seen as a positive reaction to that.

"Russia says it can imagine supporting further sanctions, but imagining is one thing and implementing something completely different," Argirakos said. "In the end, Russia could abstain from voting, save face and not have to vote against China."

China meanwhile on Thursday reiterated its opposition to sanctions on Iran over its nuclear program.

"We always believe that sanctions and pressure are not the way out," foreign ministry spokeswoman Jiang Yu told reporters in Beijing. "At present, it is not conducive to diplomatic efforts." 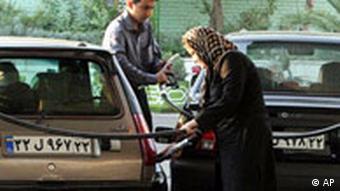 Iranians' high demand for gasoline is sparked by generous subsidies

Godement said criticism of China's gasoline exports to Iran will be deftly handled by the government in Beijing.

"There's going to be a smokescreen where China will start backtracking and telling the public that these are actions of companies outside China and not the government," said Godement, co-author of the book "A Power Audit of EU-China Relations." After all, Chinese oil companies were renowned for their competitiveness and acting by themselves, he said.

China's timing in the matter came as little surprise, according to Godement.

"We have chosen to forget that in most cases with countries which are under international sanctions in the past decade - whether you look at North Korea, Burma, Sudan, Zimbabwe or Iran - China has usually improved its economic profile with that country during the period of sanction," Godement said.

In addition, China had taken advantage of the recent western spat over the elections in Iran to gain closer ties to the country through the gasoline exports, he said.

A joint effort is vital

Godement said China could end up backtracking, as it had done in the past in Africa when the international pressure was too great.

"But it has backtracked only after it got economic benefits for itself, not just for the sake of public opinion or protest," Godement said.

Nonetheless, in Hanelt's opinion, the West ultimately needs China's support. He said it was the task of the international community to support the American direction on Iran.

"In addition to the Israeli-Arab conflict, the US-Iranian confrontation is a central problem in the Middle East," Hanelt said. "And if we have an administration in Washington that wishes to solve this problem through dialog, then it needs support not just from Europe, but also from Russia and Asia for this course so that this confrontation with Iran can be solved peacefully and diplomatically."

When Iran and the permanent Security Council members plus Germany meet in October, it'll be the first time Iran and the US hold formal talks in 30 years. But this is not the only reason why the meeting is important. (16.09.2009)

European Union calls on Tehran to return to negotiating table

At a meeting in Stockholm, EU foreign ministers renewed their call for Iran to return to international negotiations over its nuclear program - and said new sanctions would come if it continued its defiance. (04.09.2009)

After the five members of the UN Security Council and Germany issued a statement calling Iran to negotiating tables regarding its nuclear program, Iran has responded that it will only hold talks with the IAEA. (03.09.2009)