A former archbishop, Jozef Wesolowski, has passed away while awaiting trial for paying for sex with minors, Vatican officials say. He was the highest-ranking Catholic official to face accusations of pedophilia. 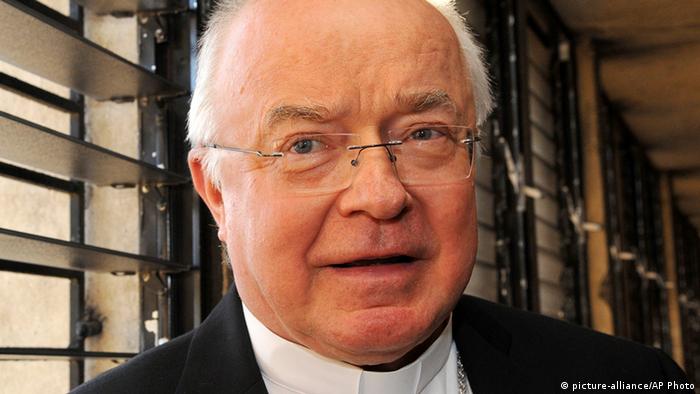 The 67-year old Wesolowski was found dead in on Friday, a Vatican representative said in a statement. The Polish-born defrocked priest was held under house arrest in the seat of the Catholic Church.

The initial checks "indicated that the death was from natural causes," a press statement said, adding that Vatican prosecutors ordered an immediate autopsy.

Wesolowski was stripped of his rank in the church hierarchy and reduced to a layman last year, after a church tribunal found him guilty of child abuse. This is the harshest penalty the Vatican tribunal can rule against a cleric under canon law.

Last month, Wesolowski was set to face a separate trial in front of a Vatican City state court. However, the former archbishop was moved to intensive care just hours before the first hearing, due to "sudden illness." The Vatican authorities did not publish details on Wesolowski's health problems.

The presiding judge then postponed the trial, without setting a new date.

Vatican prosecutors claimed that Wesolowski paid young Dominican boys for sex acts, during his post as the papal envoy in the Dominican republic between 2008 and 2013. His victims were "adolescents presumed to be between 13 and 16 years old," according to the court documents.

He was also accused of having an enormous amount of child pornography, and having accessed such materials from Vatican City.

The Dominican Republic also opened an investigation against Wesolowski, and there were similar reports coming from his native country of Poland.

The former Vatican ambassador Wesolowski was the highest-ranking church official in history to be charged with child sex abuse. He was ordained as a priest and bishop by his fellow Pole, Pope John Paul II.

His case was seen as an opportunity for Pope Francis to demonstrate his professed "zero tolerance" policy toward pedophiles in the Church, based on regulation introduced by the pontiff in 2013.

The child abuse scandal has been burdening the church for years, with many of the victims accusing the Vatican hierarchy of protecting the abusive priests.