A former Polish archbishop and diplomat has appealed against his defrocking after a Vatican tribunal convicted him of pedophilia. Jozef Wesolowski faces further criminal proceedings in Vatican City and possibly beyond. 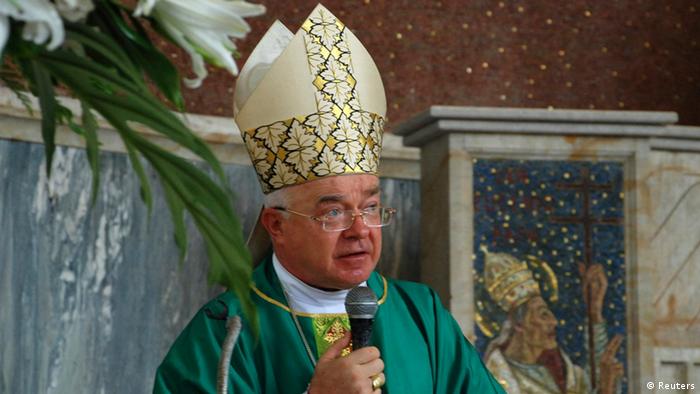 The Vatican announced Monday the former archbishop 66-year-old Jozef Wesolowski, who had served as the Vatican's diplomat for the Dominican Republic and former Holy See ambassador, had appealed against his defrocking.

In June, he was reduced to the status of a layman after being stripped of his diplomatic title and defrocked after being found guilty of child sex abuse and deemed unfit to be a priest by a Vatican tribunal. He was the most senior Vatican figure to be punished for such a crime. His was the harshest penalty the Vatican tribunal could rule against a cleric under canon law.

He now faces a separate criminal trial in Vatican City state courts - the first of its kind there - for sexual abuse and could face up to 12 years in prison. As he no longer has diplomatic immunity, Wesolowski could also face charges in the Dominican Republic, where there is a criminal investigation against him on allegations he paid boys for sexual acts, or in his native country of Poland.

He was recalled from his post as nuncio,or ambassador, to the Dominican Republic last summer after rumors broke that he had abused teenage boys.

Criminal proceedings against him will continue after his appeal is heard in a few weeks' time and "as soon as the canonical sentence becomes definitive," said Vatican spokesman Father Federico Lombardi.

The action against the Wesolowski "demonstrates the full and direct undertaking of the Holy See's responsibility even in such a serious and delicate case," Lombardi said. He added that Pope Francis was following the case very closely and that he took sexual abuse in the church very seriously.

Last year, Pope Francis called the abuse of children by priests an "ugly crime" and likened it to a "Satanic mass."

Activists trying to eliminate child sex abuse in South Africa have just ended a month-long campaign. They say such campaigns should run all the time. The issue raises disturbing questions about South African society. (09.07.2014)