The 93-year-old defendant has rejected any guilt throughout the trial, but admitted knowing about the gas chambers in the Stutthof death camp. Prosecutors said that he choose to "look away" instead of leaving his post. 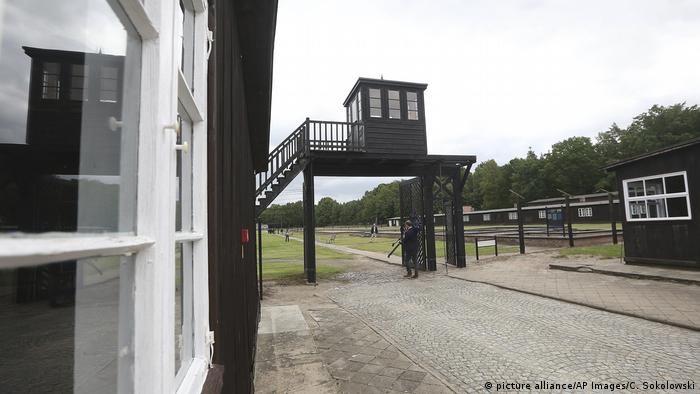 Prosecutors presented their closing arguments on Monday in the trial of former Nazi concentration camp guard, Bruno D, asking for a three-year prison term at the Hamburg court.

The 93-year-old is accused of being complicit in the murder of more than 5,000 people at the Stutthof camp during World War II. According to the prosecutor, the former SS guard knew of the crimes committed in the camp, but choose to "look away." He did not take the option of climbing down from the tower, giving up his weapon and saying "I can't do this anymore," Mahnke added.

"When you are a part of a mass-murder machinery, it is not enough to look away," the prosecutor said.

The defenders of Bruno D. said the accused has been a law-abiding citizen since the end of the war, and that he would never have been connected to the crimes had it not been for the broader crimes of the Nazi regime. More than 60,000 people, including Jews, political prisoners, and homosexuals, were killed in the camp near what is now Gdansk, Poland.

During the trial, the former guard argued that he was assigned to the camp because a heart condition prevented him from serving on the front line, and that he never subscribed to the Nazi ideology.

"I don't bear any guilt for what happened back then," D. told Judge Anna Meier-Goering last year at the Hamburg tribunal. "I didn't contribute anything to it, other than standing guard. But I was forced to do it, it was an order."

Bruno D. was 17 and 18 while serving in the Stutthof camp. Despite his now-advanced age, he is facing a juvenile court.

Prosecutors argued that his involvement was crucial to the killings because his time in the SS coincided with the "Final Solution" order to systematically exterminate Jews. If convicted, he faces a sentence of a minimum six months and a maximum of 10 years. A verdict is expected later this month.

The Nazis set up the Stutthof camp in 1939, initially using it to detain Polish political prisoners.

Germany has been focusing on cases against concentration camp suspects in recent years. However court proceedings are difficult to execute due to the advancing age of the suspects.

A case against Johan R, another Stutthof guard, could not be completed because of the suspect's heart and kidney issues.

Another case was dropped because the accused 97-year-old was too ill to appear before the court.