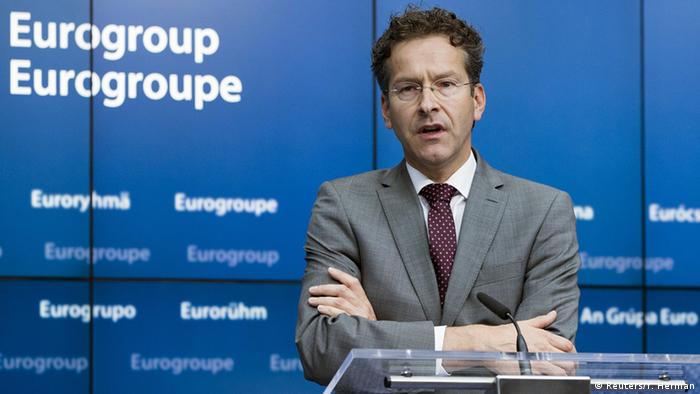 Following an extrordinary Eurogroup meeting, eurozone finance ministers have refused to extend a bailout program for Greece ahead of a June 30 deadline.

The Eurogroup is reconvening to discuss the "consequences" of a Grexit and "prepare for what's needed to ensure the stability of eurozone remains at its highest level."

"Given that situation, I think we might conclude that however regretful, the program will expire Tuesday night," Dijsselbloem said.

Greece is expected to repay the International Monetary Fund (IMF) 1.6 billion euros ($1.79 billion) or risk defaulting on its loan, which could force the Mediterranean country out of the eurozone and possibly even the EU.

Greek Finance Minister Yanis Varoufakis responded to Dijsselbloem's statement, saying a Grexit would result in "permanent" damage to the eurozone.

"The refusal of the Eurogroup today to endorse our request for an extension of this agreement for a few days or a couple of weeks...will certainly damage the credibility of the Eurogroup as a democratic union and I am very much afraid the damage will be permanent," Varoufakis said.

Varoufakis added that the Greek government was "absolutely determined" to find a solution on Saturday with the Eurogroup.

The Eurogroup's decision follows Greek Prime Minister Alexis Tsipras' announcement that its creditors' proposal would be put to a public referendum on July 5. While Greece's parliament would not have to enforce the results of the referendum, Tsipras said the Greek government would do so.

Without Greece's approval, eurozone finance ministers released a collective statement, stating that "euro area authorities stand ready to do whatever is necessary to ensure financial stability of the euro area."

"The Eurogroup takes note of the decision of the Greek government to put forward a proposal to call for a referendum, which is expected to take place on Sunday July 5, which is after the expiration of the program period," the statement added.

"The current financial assistance arrangement with Greece will expire on 30 June 2015, as well as all agreements related to the current Greek program including the transfer by euro area Member States of SMP and ANFA equivalent profits," the statement said.