The UK Independence Party (UKIP) has made major gains in local elections in Great Britain, siphoning off support from the Tories in their traditional rural strongholds. UKIP wants Britain to leave the European Union. 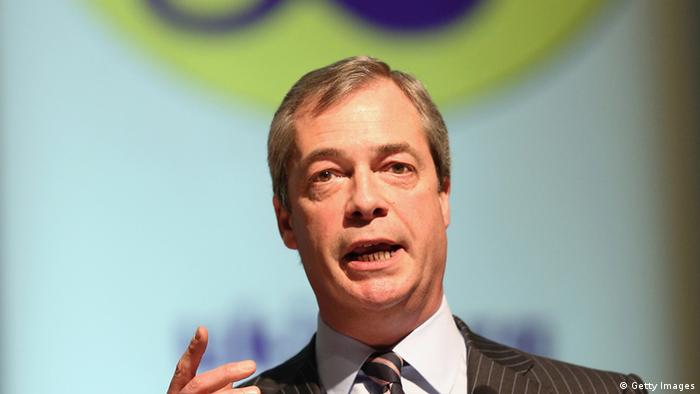 In local polls that covered 40 percent of the British electorate, the UKIP gained 139 council seats, according to results released on Friday. Prior to the local elections, the euroskeptic party only had 8 council seats, raising the possibility that UKIP could split the vote with the incumbent Conservative Party in the 2015 parliamentary elections.

More than 2,000 seats in 35 local authorities as well as two mayoral contests and one parliamentary by-election were contested in England and Wales on Thursday. Prime Minister David Cameron's Conservatives lost 10 local authorities in the polls, while maintaining 18 others. Despite their heavy losses, the Tories still won 1,116 seats, more than any other party in the mostly conservative rural areas. Turnout was 31 percent, according to the BBC.

"For the Conservatives, I understand why some people who have supported us before didn't support us again," said Cameron, whose government has implemented tough austerity measures. "They want us to do even more to work for hard-working people to sort out the issues they care about."

Pressure from the right

The UKIP wants Britain to leave the European Union and end what it calls the country's "open door" immigration policy. Cameron had once famously dismissed the UKIP as "fruitcakes, loonies and closet racists." But after the vote, the British premier said it was important "to show respect for people who've taken the choice to support this party."

UKIP party leader Nigel Farage (pictured above), a representative in the European Parliament, said that the result "sends a shockwave…through the establishment."

"Send in the clowns," Farage said on Sky News. "We have been abused by everybody, attacked by the entire establishment who did their best to stop ordinary decent people from going out and voting UKIP and they have done in big, big numbers."

Although the UKIP made major gains, it is unlikely to control any councils. And Britain's first-past-the-post electoral system means that the party will have to poll even better in general elections to win a large number of seats in parliament.

But the UKIP gains could put pressure on Cameron's Conservatives from the political right. The prime minister has already promised to hold a referendum on the UK's membership in the European Union after the 2015 elections.