Gathering near Vienna for a "Patriotic Spring," Europe's populist and far-right leaders have urged Britons to leave the EU. Attendees also blasted migration, calling for a restoration of national sovereignty. 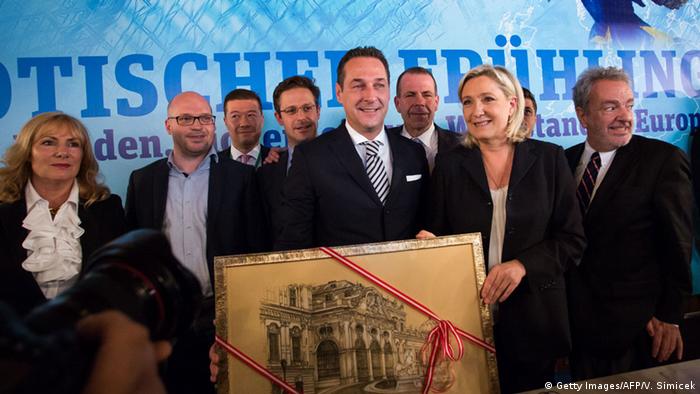 Leaders of Europe's biggest populist and far-right parties gathered Friday near Vienna, rallying against migration and the European Union while urging Britons to vote to leave the 28-nation bloc.

The gathering in Vösendorf saw a convergence of anti-immigration, euro-skeptic parties that have disrupted the European political establishment in the past year as the continent continues to grapple with a historic refugee crisis and economic weakness.

The meeting was hosted by Austria's Freedom Party (FPÖ), which almost won presidential elections in May and which is leading opinion polls ahead of the next scheduled elections in 2018. Politicians from nine countries attended the meeting, including Marine Le Pen of France's National Front, politicians from the Alternative for Germany (AfD) and Italy's Northern League.

The so-called political elites of Europe "are scared that the United Kingdom is regaining its liberty, its freedom to trade with whom it pleases," Le Pen told the crowd of some 2,000 people. "We want all the peoples of Europe to take back these liberties. The will of the people has to be respected," she said. 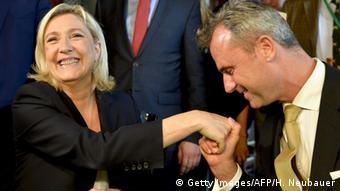 "France possibly has a thousand more reasons to want to leave the EU than the English," and all bloc members "need to question their relations with the EU," Le Pen added.

"We don't want Europe to be a carbon copy of the United States... We want a Europe of fatherlands," Strache said."The new fascism comes from the left and from radical Islam."

The gathering, called the "Patriotic Spring," was designed to strengthen cooperation among populist, anti-immigration parties that have been on the rise across Europe amid the arrival of a record number of refugees, recent militant attacks, and high unemployment. 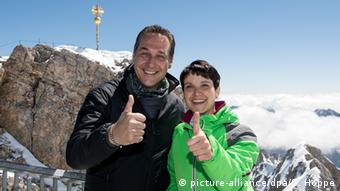 In Germany, where populist parties had thus far struggled to gain traction in the post-war era, the AfD has won significant support in recent state elections and could gain representation in the Bundestag in Berlin next year.

"Patriots love what Germany once was, what Germany could be," Pretzell said. "But they cry when they look at the current state of their country."

German Vice Chancellor Sigmar Gabriel has said views expressed by Alternative for Germany members remind him of those held by his Nazi father. Gabriel added some members of the party longed to return to the 1960s. (12.06.2016)

The Brits not ready to leave Brussels

How do you end a partnership between the EU and the UK after 43 years? Well, you don't have to do much at the start, writes DW's Bernd Riegert from Brussels, as the Brexit is likely to take years. (16.06.2016)