The biggest underwater volcano in Europe could erupt at any moment and cause a tsunami, according to new research. For residents of southern Italy, the Marsili is just one more disaster threat to live with. 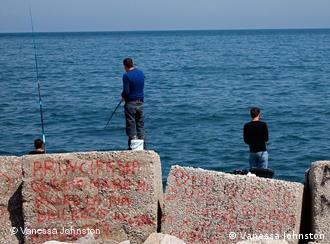 New research by the National Institute for Geophysics and Volcanology (INGV) in Italy, found that the volcano is losing magnetism and that its walls are weakening. Geologists say Marsili could collapse at any moment.

If the volcano's walls were to crumble, it would force thousands of tons of magma into the sea, setting off a tsunami.

"This could happen due to an eruption, seismic events - or another scenario - and these factors can change the equilibrium of the volcano," said Filipo Muccini, one of the authors of the report, who is based at the INGV office in the seaside town of Fezzano.

Geologists cannot predict when or how the Marsili volcano would erupt, but they predict a tsunami triggered by such an event would hit the coast of southern Italy, including the regions of Calabria and Campania, and the island of Sicily. 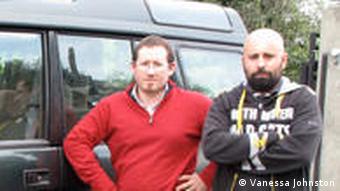 Researchers in Italy have found that the volcano's walls are weakening

Residents of southern Italy not alarmed

"No one is really aware of the issue and no one really feels threatened," Palermo native Elia Cusimano told Deutsche Welle. "I guess it's a problem of a lack of information. But then again, Sicily has several other volcanoes."

Southern Italians are no strangers to threats of natural disaster. Several active volcanoes can be found in the region, including Mount Vesuvis, Mount Stromboli and Mount Etna in Sicily - Europe's largest active volcano.

"Every year we get eruptions and the local people seem to have a very strange relationship with the volcano," said Cusimano.

"On the one hand they complain because their houses get destroyed from time to time. At the same time, they have a really high esteem for the volcano because it brings in a lot of tourism and makes the area really attractive."

Meanwhile, Cusimano said residents of Catania, the largest town near the Etna volcano, feel little threat that their city could go the way of the ancient cities Herculaneum and Pompeii, which were destroyed by the eruption of the volcano Mount Vesuvius.

The people of Sicily may not worry about volcanic eruptions on a daily basis, but geologists believe the threat presented by the Marsili is serious enough to require better observation. 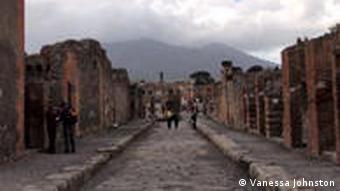 Despite the legacy of Pompeii, southern Italy's residents stay calm

Though scientists already use a central observatory to observe the volcano, Muccini said the station is not equipped to perform real-time checks and only stores and processes data from the sea floor.

But the data compiled so far indicates that the Marsili volcano is unique worldwide.

"The drastic decrease that we have recorded on the top of the seamount - especially for the magnetic and gravity field - are, perhaps, considered very exceptional," said Luca Cocchi, another author of the Marsili volcano report at INGV.

Marsili is just one of an estimated 5,000 active submarine volcanoes in the world. Although there is evidence that Marsili has been active in the past, the volcano has never erupted in recorded history.

According to Cocchi, the main obstacle to Marsili observation efforts - in the same manner as Vesuvius and Etna - is funding.

"In the case of the Marsili, we know very well its morphology and its evolution," Cocchi said. "But we don't at this moment if - how and when - it may erupt."

Britain and Ireland have again closed parts of their airspace as the Icelandic Eyjafjallajoekull volcano spews more ash into the atmosphere. However, the disruption looks set to be far less than last month's. (05.05.2010)

The giant plume of ash that recently erupted from an Icelandic volcano hurled the airline industry into chaos. Now parties are considering what lessons can be learned - because the next eruption is just a matter of time. (26.04.2010)

The volcano in southern Iceland began spewing an ash plume on April 14. A week later, Deutsche Welle asked Dr. Hazel Rymer, a volcanologist at the UK's Open University, about Eyjafjallajokull's effect on the environment. (22.04.2010)