A gathering of right-wing parties will bring together, for the first time, the heads of many of Europe's leading populist politicians. Members of the AfD and Front National will be there - much of the media won't. 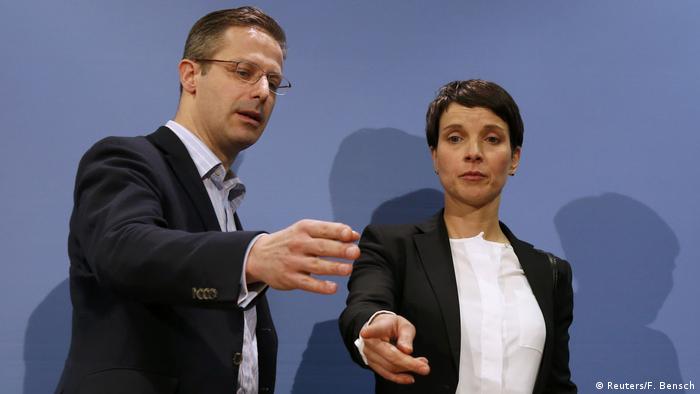 German public broadcaster ARD is considering legal action against the country's right-wing, populist party after it was denied access to an upcoming meeting of European nationalist leaders in Koblenz, western Germany.

ARD's program director, Volker Herres, slammed the cherry-picking of news organizations and journalists allowed to cover the event, saying the broadcaster's editors "condemn this massive encroachment against the freedom to report."

"It is a loss for our audience that we won't be able to report on the meeting of right-wing populist parties in Europe," the station said. "This gathering is of great importance for the future political course of this movement."

A faction of right-wing parties in the European Parliament is organizing the January 21 meeting, which will include members of France's Front National, Italy's Northern League, the Party for Freedom of the Netherlands and the Alternative for Germany (AfD).

The German anti-immigration party has risen to third place in public opinion polls ahead of the country's general election, which is expected in about nine months.

Pretzell said keeping public broadcasters away would benefit German viewers, who are required to pay a monthly fee for the service.

A summit to counter Europe

Ludovic de Danne, an advisor to Petry, was quoted by the Paris newspaper "Le Figaro" as describing the meeting as a "European counter-summit." It will mark Petry's first sit-down with National Front head Le Pen, with both women expected to discuss the overlap in their parties' policies, de Danne said,

ARD said it was told by the AfD that it was refused access to the meeting for "not meeting journalistic standards in its past reporting on the party" - a claim the broadcaster rejected.

"We reserve the right to take legal steps," ARD said.

A host of other highly regarded German news organizations were also being blocked from the event, including the "Handelsblatt" business daily, the weekly "Der Spiegel" and the "Frankfurter Allgemeine Zeitung" newspaper, according to Pretzell.

The AfD, which opposes Chancellor Angela Merkel's liberal refugee policy, has seen a surge in support across a series of state elections over the past year, and the party is now polling nationally at around 15 percent.