The European Parliament has proposed even tougher 2030 targets for car and van emissions than advocated by the Commission. Manufacturers whose fleets exceed the average goal would pay fines to fund re-training. 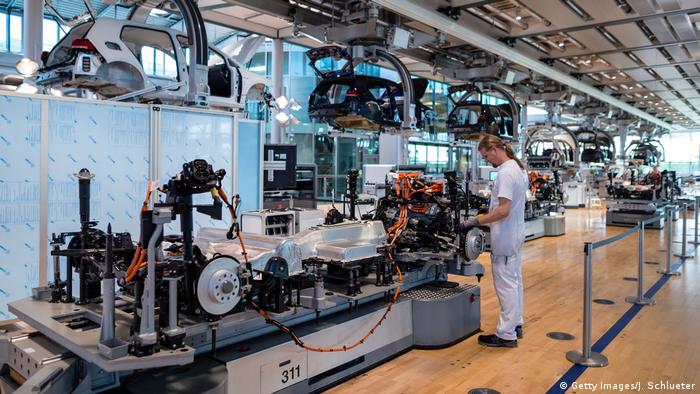 Europe's assembly voted in Strasbourg on Wednesday to press for a 40 percent drop in CO2 emitted by new cars and vans by the end of the next decade as part of its negotiating stance ahead of the latest round on talks on implementing the 2015 Paris climate change deal.

The next UN-led summit takes place in Katowice, Poland, in December.

The 40 percent target agreed in the European Parliament was a compromise between environmentalist lawmakers who had wanted a cut of up to 70 percent and industry lobbyists who argued such goals were not feasible. It's also a more stringent target than the one proposed by the European Commission.

MEPs in the parliament argued that accelerated decarbonization was required in transport — the only major EU sector in which greenhouse gas emissions are still rising.

The draft law, including a report adopted by most parliamentarians, will next be negotiated with the EU executive commission on October 10, a day after EU ministers deliberate on the package.

Existing EU rules set targets for the average emissions across carmakers' fleets. The next set kicks in in 2021, and will call for an average set of CO2 emissions no higher than 95 grams per kilometer driven. Wednesday's 2030 target proposal would be a 40 percent reduction of this 2021, 95 gram figure.

Manufacturers whose EU-wide fleet turned out to have average CO2 emissions exceeding the 2030 limit would have to pay fines into the EU budget — to be used for re-training workers in the automotive sector.

Parliament called on the European Commission to present, within two years, a plan for a real-world CO2 emissions test using a portable device.

Euro parliamentarians also decided on Wednesday to try to compel carmakers to ensure that battery-equipped vehicles with zero or close to zero exhaust gas emissions make up 35 percent of new car sales by 2030.

Those strictures were slammed by the European Automobile Manufacturers' Association (ACEA), whose chief Erik Jonnaert described them as "extremely aggressive" and a threat to Europe's 3.4 million jobs in the automotive manufacturing sector.

"There is no guarantee that we have the right enabling framework in place to facilitate this sudden transition to electromobility," said Jonnaert.

Lobbying by the car and oil industries had been led by a car-making Germany that had tried to hold "an entire continent to ransom over its failed diesel strategy," Poliscanova asserted.

On Tuesday, German cabinet ministers presented an unrelated plan to reduce nitrogen oxide emissions from diesel vehicles in Germany's most polluted cities related to the so-called "Dieselgate" emissions cheating scandal that began with VW and has since hit most German manufacturers. 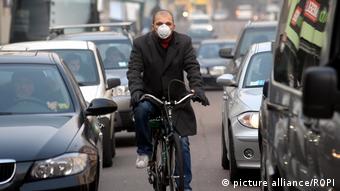 Greenpeace described the German government's decision to encourage some diesel owners to consider buying newer models  rather than forcing cars to be retrofitted in all cases — as an attempt to turn "emissions fraud into a sales bonanza for new cars."

Further battery-fitted cars are due to make their debut at the Paris Motor Show starting Thursday but analysts say the hard part could be consumer resistance to paying more for electrified vehicles.

More than 200 electric and plug-in model launches are scheduled globally over the next three years, according to Reuters. As a rule of thumb, these still tend to cost almost double the price of a comparable model using an internal combustion engine. Limited driving range, scarcity of public charging points, and concerns over the longer-term reliability of expensive battery packs are some of the other turn-offs for potential buyers.

Currently, pure electric cars account for just 1 percent of the world market, which is still dominated by the internal combustion engine. Shortfalls in global supplies of cobalt and nickel, materials necessary for making lithium-ion batteries, also help account for this.

The climate pact agreed by almost 200 nations in Paris in 2015 aims to limit the average global atmospheric temperature rise to "well below" 2 degrees Celsius (3.6 degrees Fahrenheit) above pre-industrial times, and to pursue efforts to keep it to 1.5 Celsius. The planet has heated up by about 1 degree Celsius on average since the industrial revolution.