EU lawmakers have approved the Eurosur border surveillance program, aimed at monitoring the bloc's external border. The vote comes just one week after at least 289 asylum seekers drowned off the coast of Lampedusa. 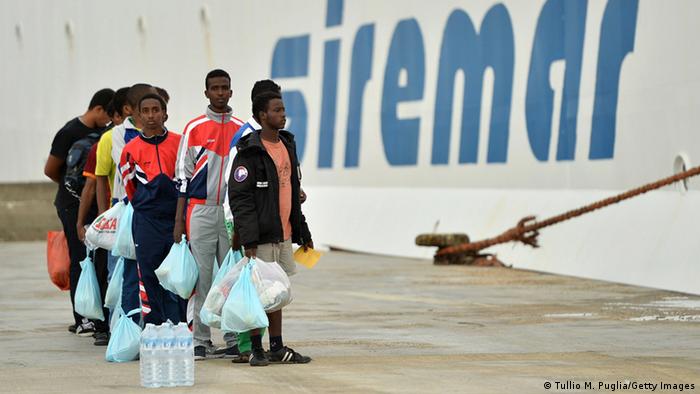 The European Parliament approved the Eurosur plan on Thursday in Strasbourg.

The European external border surveillance system, Eurosur, aims to reduce the number of undetected illegal migrants to the EU, including those who arrive by boat, and seeks to prevent cross-border crime.

The EU Commission plans to launch the new state-of-the-art surveillance system in December with a budget of 244 million euros ($332 million) between 2014 and 2020.

The program will gather information on boats believed to be carrying illegal migrants, fight trafficking networks and also help save refugees in distress.

The launch of Eurosur will include drones, satellite systems and high resolution cameras.

The approval comes just one week after a boat full of 500 asylum seekers, mostly from Eritrea and Somalia, sunk just off the coast of the Italian island Lampedusa drowning at least 289 people. Only 155 survived.

The October 3 accident is only one of numerous tragedies that have taken place as migrants from the Middle East and Africa cross the sea, often on poorly maintained or makeshift vessels. Over the past 20 years, an estimated 17,000 to 20,000 migrants have died while making the perilous Mediterranean crossing.

On Wednesday a visit by EU commission chief Jose Manuel Barroso to Lamedusa was met with fierce protests .

Some EU lawmakers say the system lacks muscle such as providing for more sea patrols in dangerous waters.