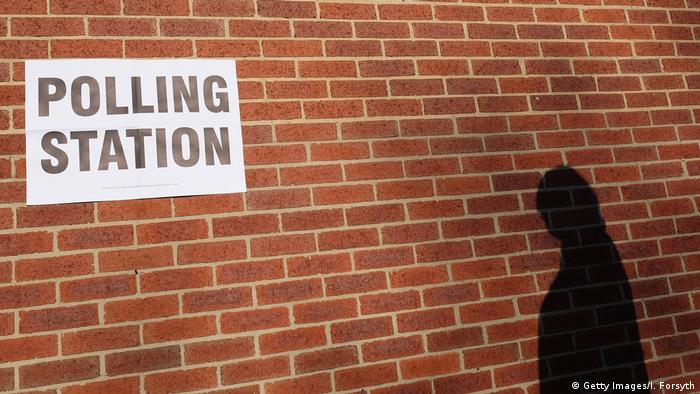 Some 400 million voting-age citizens of EU member states have begun electing their next European Parliament. Many of their non-EU neighbors, adults residing legally and often long-term in the EU, cannot.

Africa, Asia, the Pacific, the Americas, the Middle East and non-EU eastern Europe are their family origins; the 17.5 million adults retain their non-EU identity papers while working and living everyday lives within the bloc.

But they neither enjoy the right to vote nor to stand as candidates in elections for the European Parliament: a right that roving EU citizens who have settled in another member nation under the bloc's free-movement precepts have enjoyed since 1993, thanks initially to the Maastricht Treaty.

Despite the European Union's allegiance to the UN's 1948 Universal Declaration of Human Rights, including its voting-rights article, No. 21, the EU's Charter of Fundamental Rights still draws the line between citizens and their non-EU neighbors.

"Every citizen of the Union has the right to vote and stand as a candidate," states the Charter, alluding to the term "EU citizen" clarified in the 2009 Lisbon Treaty.

Requests for exact figures on resident non-EU nationals of voting age living within the bloc went to the European Statistical Office (Eurostat) in Luxembourg and the European Union Agency for Fundamental Rights in Vienna.

Both entities replied respectively that "unfortunately" they did not have such data at "this level of detail" and had "not done anything [research] on this topic."

Instead, DW was directed to a cumbersome EU electronic database from which it extrapolated estimates, using the assumption that eligibility for voting starts at age 18.

Eighteen applies in all but three of the 28 EU members: Greece allows voting at 17 and Austria and Malta at 16, according to the European Parliament administration.

Data for the age groups 18 and 19 had to be ignored in the end, because fine details were lacking, so the count started at age 20.

The result: Excluded by definition from the European Parliament election were an estimated 17.5 million voting-age non-EU residents.

Worldwide, the right to vote or suffrage is generally limited to citizens of countries.

But in some 60 nations, resident foreigners are allowed to vote under widely diverging electoral laws, though mostly in municipal polls and rarely in national elections.

Those countries include Uruguay, which requires 15 years of residency, and New Zealand, which allows foreign nationals to vote "if you hold a resident visa or a permanent resident visa and have lived in New Zealand continuously for 12 months or more."

Citing Berlin as an example, Citizens for Europe (CFE) told DW that 404,000 residents of non-EU nationality living in Germany's capital would be excluded from having an electoral voice when Germany stages its EU parliament vote on Sunday.

Such residents have lived "in the EU for five, 10, 20 or more years," the CFE added. "They have grown up in the EU, studying, working, paying taxes and starting families." The group demanded "fair" electoral rights for third-country nationals within the bloc.

Though such residents contributed "significantly" to the EU's development — as sports club athletes and cultural creators, for example — they were treated as "second-class persons," even when their lives were "directly affected" by the decisions of the European Parliament, said CFE. 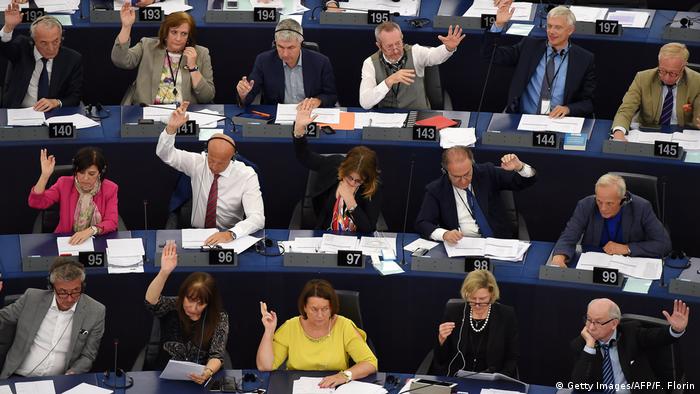 European Parliament in 2017: where was the representation for millions of non-EU residents?

They were also denied participation in European Citizens' Initiatives — a formal procedure adopted by the EU in 2011 requiring the European Commission to receive submissions on critical issues.

Seats in Strasbourg were allocated according to population size — with third-country nationals counted but without being able to exercise suffrage, according to the CFE.

It calculated that the estimated 17.5 million disenfranchised persons equated to "about 33" of the European Parliament's current 751 seats (assuming Britain was included).

"That is absurd," said CFE spokespersons Severine Lenglet and Martin Wilhelm, adding that a European Union impacted by globalization needed an "inclusive, fair" electoral law change based on place of residence within the bloc.

Formal calls for electoral rights for third-country nationals within the bloc go back to the early 1990s.

In 2007, a briefing paper for the European Parliament's civil liberties committee noted that the Council of Europe, as well as EU institutions, had "for quite some time supported the idea," but concluded that the ultimate decision lied "in the hands of member states."