European Court of Human Rights presidency will test Spano | Europe| News and current affairs from around the continent | DW | 17.05.2020

As Robert Spano assumes the presidency of the European Court of Human Rights, he faces backlogged applications and critics who call the ECHR "activist." Allies say Spano is up for the job; detractors voice their doubts. 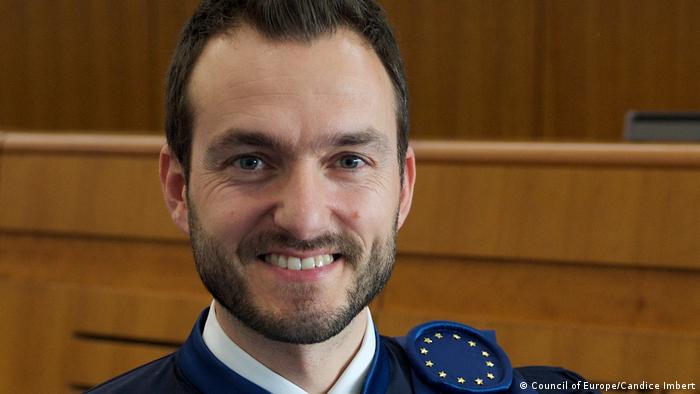 The European Court of Human Rights is facing critical challenges. Internally, the ECHR faces more than 60,000 active petitions. Externally, the court is coming under increasing fire — especially from officials in the United Kingdom and Russia who accuse the court of being too "activist."

ECHR Judge Robert Spano will confront these challenges when he begins his three-year term as president of the ECHR on Monday. Born in Reykjavik to an Icelandic mother and Italian father, he will be the first president of the court from Iceland. At 47 he will also be the youngest president in the ECHR's history.

Before joining the court in November 2013, Spano began teaching law at the University of Iceland in 2006 and was elected dean of the faculty in 2010. From 2010 to 2013, he served concurrently as Iceland's parliamentary ombudsman, overseeing complaints against regional governments and governmental departments. He will need to employ his skill in diplomacy and administration to deal with the ECHR's issues.

Read more: What you need to know about the MH17 trial

According to an email in which Spano lays out his priorities for his three-year term as president seen by DW, he knows the problems that the ECHR faces. In the email, he writes that he wants the court to process applications in a reasonable time: "in particular those important cases which affect democracy, the rule of law and human rights protection in Europe."

Read more: The Alevis' fight for recognition in Turkey

Spano also wants to "foster an active dialogue with constitutional and supreme courts" in the 47 countries that are party to the European Convention on Human Rights and to increase the visibility of the ECHR's work through social media. Working more closely with national courts and increasing awareness of the ECHR's work would help it to push back against accusations of activism.

Current and former colleagues say Spano has the temperament for the job. "He is very intelligent, very well organized and extremely capable," said Adalheidur Johannsdottir, who was vice dean of the faculty of law at the University of Iceland under Spano, and is currently serving as dean. "We very often have their stereotype that judges need to be old, but think the fact he is relatively young is actually a strength. With his presidency, I think the court has excellent opportunities to continue developing positively." 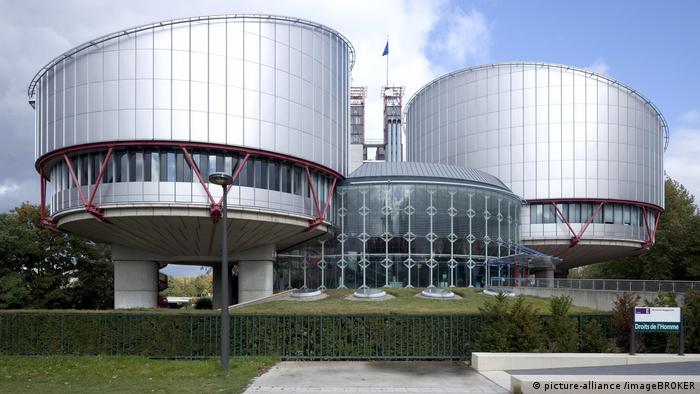 The ECHR is based in Strasbourg, eastern France

The ECHR has faced instances of criticism in recent years, with some countries accusing the court of handing down activist rulings that allegedly interfere with national sovereignty.

Russia's uneasy relationship with the ECHR worsened in 2012 when the court overturned a Russian Constitutional Court decision that said a male soldier could not take the same parental leave to look after his young children as a female soldier could.

In addition, senior British ministers, including current Foreign Secretary Dominic Raab, have often voiced concern that UK court judgments can be overturned by EU courts. In 2014, Raab authored an amendment to an Immigration Bill that would have made it mandatory to deport any foreigner convicted of a crime, in violation of the European Convention of Human Rights, which the EHCR enforces. The bill was voted down.

Despite this criticism, over the past decade the ECHR has given more room to national courts to interpret human rights law — rather than becoming involved itself. Spano himself is known in European legal circles for coining the phrase "Age of Subsidiarity."

Spano has used this to defend the ECHR when national officials have called it activist. He counters that it has become more democratic.

Laurens Lavrysen, a postdoctoral researcher at Ghent University's Human Rights Centre, said this reasoning gave an indication of how Spano might try to protect the ECHR from accusations of activism.

"As a judge and as a scholar, he has written quite a lot that he is willing to accept there is significant scope to reasonably disagree on the view of human rights in particular cases," Lavrysen said. "In his view, the ECHR should also be willing to defer to decisions taken by the domestic courts, on the condition they are based on a reasoned assessment."

Deferring more often to national courts might help reduce criticism that the ECHR is becoming too involved in domestic affairs and could also mean fewer cases are added to the court's backlog. In 2017, for example, Spano sided with the majority in dismissing an accusation that Spain was violating human rights when officers illegally pushed people back across the border into Morocco, and on May 5 he and other judges ruled that Belgium does not need to protect people who apply for visas for human rights reasons at its embassies and consulates.

Read more: Pussy Riot's Maria Alyokhina's 'Riot Days' are not over yet

Lavrysen said Spano's approach might not be the best strategy.

"I'm always a bit skeptical of his optimism on the willingness or the capacity of domestic courts," he said. "If you look at political developments in Europe and Turkey, there are a number of countries where you can see the independence of courts being undermined."

Away from the courtroom, Spano is an accomplished singer who is still a member of Iceland's Fostbraedur Male Choir — he was given a nine-year leave for his work at the ECHR. A YouTube video shows him belting out a medley, including Ben E. King's "Stand by Me," at a private school reunion in 2012.

As the ECHR's president, Spano will have to work hard to find a different kind of harmony and encourage solidarity between states and the ECHR.

Russia punished for forcing asylum-seekers to live in airport

Germany is well within its legal rights to hold a convicted sexual killer in preventative custody says the European Court of Human Rights. The man had completed his initial jail term ten years ago. (05.12.2018)