European and American rivers in worse condition than previously believed | Environment| All topics from climate change to conservation | DW | 30.09.2010

European and American rivers in worse condition than previously believed 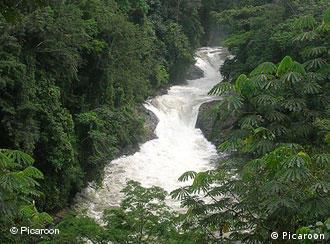 The harder rivers are to reach, the better condition they're in

Pollution, dam building, agricultural runoff, loss of wetlands and the introduction of invasive species have been globally analyzed for the first time to understand the risks posed to our water systems.

The study finds that nearly 80 percent of humans live in areas where river waters are highly threatened, posing major problems to both human water-security and aquatic environments for thousands of species of plants and animals that are at risk of extinction.

The study was published in the Nature this week. It was led an international team including Charles J. Vorosmarty of the City University of New York, and Peter B. McIntyre, of the University of Wisconsin-Madison.

"Rivers around the world really are in a crisis state," McIntyre said. 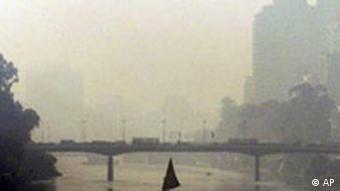 More than 30 of the world's 47 biggest rivers, which represent half of the global runoff of freshwater, are under at least "moderate" threat, and eight of them are rated as being under very high threat in terms of water security for humans.

Fourteen are considered as being under very high threat for biodiversity.

The study integrated maps of 23 different stressors and merged them into a single index to make its results more comprehensive and easier for government and policymakers to act on.

"In the past, policymakers and researchers have been plagued by dealing with one problem at a time," McIntyre said. "A richer and more meaningful picture emerges when all threats are considered simultaneously."

One of the major findings was that decades of work to protect rivers in the United States and much of Western Europe from pollution have been ineffective.

"What made our jaws drop is that some of the highest threat levels in the world are in the United States and Europe," McIntyre said.

Rivers with the smallest human populations, such as in the arctic region and other inaccessible areas of the tropics, were in the best health, according to the study.

"In the industrialized world, we tend to compromise our surface waters and then try to fix problems by throwing trillions of dollars at the issues," Vorosmarty said. 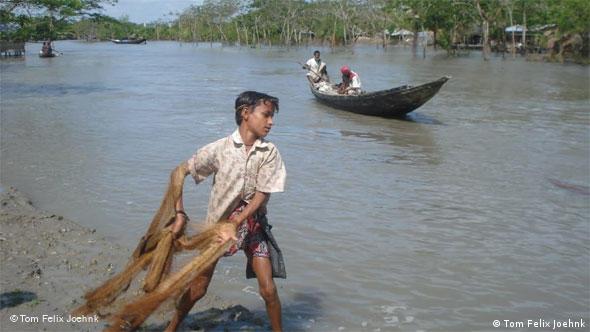 McIntyre added that he hoped industrialized nations' unsuccessful attempts to control pollution and protect biodiversity would aid efforts in the developing world.

Instead of investing billions of dollars in remediation technologies, strategies such as protecting watersheds, for example, can often nip the problem in the bud – providing cost-effective water-treatment solutions.

"What we've discovered is that when you map out these many sources of threat, you see a fully global syndrome of river degradation," Vorosmarty said. "We know it is far more cost effective to protect these water systems in the first place."

Though investment has benefited 140 million people in rich countries by reducing the risk of extreme water scarcity by 23 percent, the lack of investment in developing nations threatens some 3.4 billion people.

"Most of Africa, large areas in central Asia, and countries including China, India, Peru or Bolivia struggle with establishing basic water services like clean drinking water and sanitation," the study said.

"Without major policy and financial commitments, stark contrasts in human water security will continue to separate rich from poor." 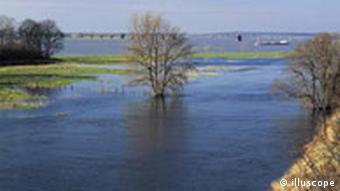 Understanding and responding to the threats to water security require new methods to make diagnoses and to act on the findings.

"Our study demonstrates that diagnosing and then limiting threats at their local source, rather than through costly remedies and rehabilitation, is a more effective and sensible approach to assure global water security for both humans and aquatic biodiversity," Vorosmarty said.

The study evaluated 23 environmental stressors but did not account for some factors, including pharmaceutical compounds, mining wastes and massive inter-basin water transfers, because of insufficient information.

Since they were unable to take all factors into account, the study's authors said their analysis created "conservative" estimates of the threats posed to rivers.

The tension between India and Pakistan over Kashmir has its traditional roots in territorial disputes and wars but the need to secure natural resources is threatening to add a new dimension to the conflict. (02.09.2010)

A new set of geographic inventories released on Monday catalogs marine species by region, providing a window into biodiversity in the world’s oceans and seas – and the largely man-made threats to rich marine ecosystems. (03.08.2010)