Widespread storms and flash floods have killed three people in Italy in the wake of Europe's heat wave. Meanwhile, hail has wiped out crops in Italy and Austria. 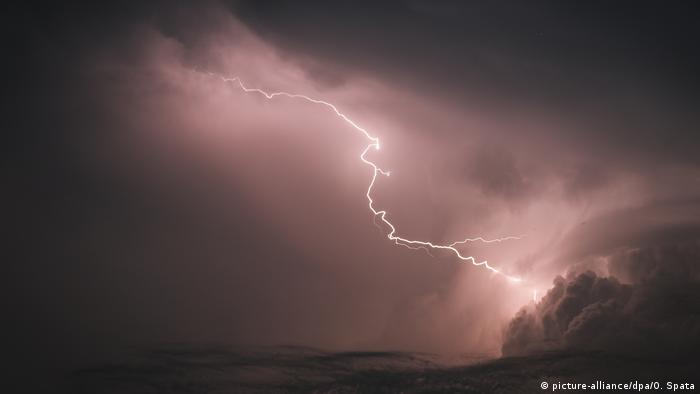 Three people, including an alpine runner, died in severe weather in Italy over the weekend. Lightning stuck as the 45-year-old Norwegian was running in an ultra-marathon high in Italy's Dolomite Mountains on Saturday, reported Italian media. She died later from severe injuries.

A mini-tornado killed a woman motorist near Rome's Fiumicino airport. Winds lifted the 26-year-old's car and smashed it against a railing early Sunday.

Flash-flooding near Arezzo, south of Florence in Tuscany, caught a 70-year-old man. His car was found by emergency services in a mud-filled canal.

Worst hit by hail was the Arezzo region. 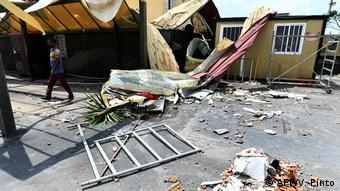 A fuel station near Rome was also wrecked by the tornado

Losses in cereal and vegetables, as well as to winegrowers also ran into the millions.

Tirol was left coping with mud and stone landslides.

A thunderstorm over Mainz forced a halt to an outdoor "Mallorca party" broadcast by public ZDF television. Presenters and guests retreated into a makeshift studio.

For the coming week, the German DWD Weather Service forecast temperature highs of between 25 and 31 degrees.

It predicted more storms and hail over Bavaria and parts of eastern Germany.

German public ARD television said on Wednesday that the next report from the International Panel on Climate Change (IPCC), due in August, would itemize climate zone shifts towards the Earth's north and south poles.