The trade union umbrella organization DGB has called for a longer break than the typical 30 minutes for lunch, as is common in Mediterranean countries. Last month, Germany recorded its highest-ever June temperatures. 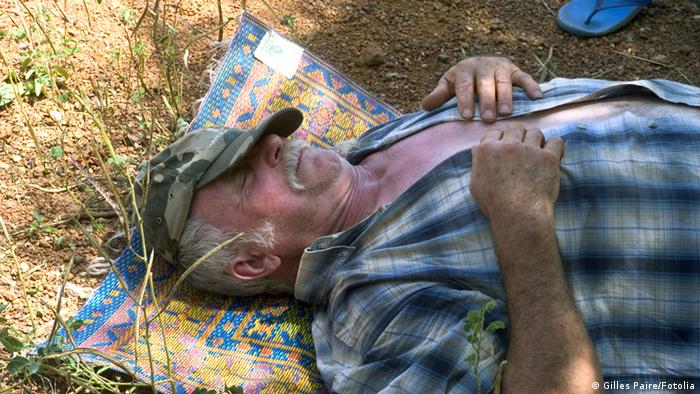 In light of the recent record-breaking heat wave in Europe, the German Trade Union Confederation (DGB) has said it will press for workplaces in Germany to offer employees a "siesta"-style midday break, as is common in Mediterranean countries.

"Southern countries already do it — during heat waves, we also need a siesta in Germany," said DGB spokeswoman Annelie Buntenbach on Saturday.

Buntenbach said it was the employers' responsibility to make sure workers had a place to recuperate during the hottest parts of the day.

"It helps, for example, to have rest areas, where one can shut one's eyes for an hour or so," she said, adding that a proper siesta meant more than just the usual half an hour lunch break.

"Indeed, people need to turn off for a longer period of time," in periods of intense heat.

Last month, Germany saw the highest temperatures ever recorded in the month of June, with the mercury reaching 38.9 degrees Celsius (102 degrees Fahrenheit) in some areas. Several heat-related deaths were reported in Germany, France, Italy, and Spain.

As a heat wave continues to scorch parts of Western Europe, a wildfire has broken out in northeastern Spain and France measured its highest-ever June temperature. The heat is expected to continue into the weekend. (27.06.2019)

Munich police scolded female sunbathers for exposing their breasts along the Isar River. The incident prompted a backlash and greater regulatory clarity over what women can put on display in public. (28.06.2019)