Munich police scolded female sunbathers for exposing their breasts along the Isar River. The incident prompted a backlash and greater regulatory clarity over what women can put on display in public. 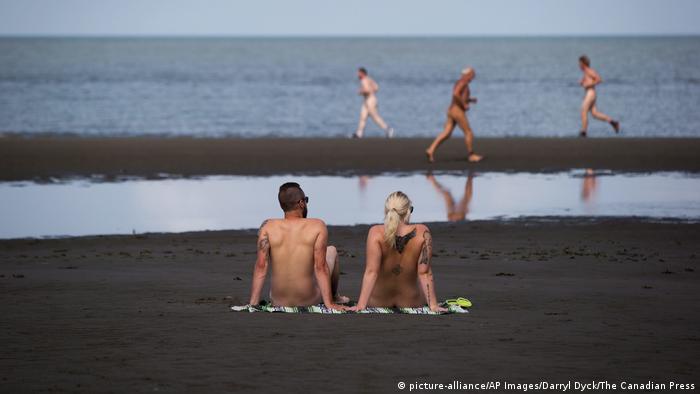 The city of Munich in southern Germany has started allowing women to bathe topless after police scolded female topless sunbathers for exposing their breasts along the Isar River.

According to German media, five "intimidating" security guards approached the women last Friday. Onlookers, who deemed the guards' behavior menacing, told the Süddeutsche Zeitung that they then stripped off in protest.

"We even took off our bikinis out of solidarity," one observer said.

Police were then called to the scene and demanded the women cover up their breasts.

The incident prompted the city council to change the local bathing ordinance during a session on Wednesday. The new rule allows anyone to bathe topless so long as they "completely cover their primary reproductive organs."

The ruling Christian Social Union (CSU) agreed to an emergency review of the city's bathing ordinance after a request by the Greens.

The original ordinance had stated that swimwear must be worn outside designated nudist areas, but it was ambiguous about what constituted "swimwear."

"I couldn't understand it if men were allowed to lie topless in the sun, but women could not," the Greens' Dominik Krause told the Süddeutsche Zeitung.

Women in Munich have not been alone in removing clothing to keep cool amid soaring summer temperatures.

Police in the northern German city of Kiel spotted a bizarre traffic violation on speed cameras last Saturday: a naked man cycling at 47 kilometers per hour (29 miles per hour) in a 30 zone. Police reprimanded the man for not wearing a helmet.