Europa League: Gladbach suffer humiliation of their own making

Gladbach weren't the only Bundesliga side to lose in Europe this week, but they were the only ones hammered by a team few fans across the continent will have heard of. The honeymoon period is over for Marco Rose. 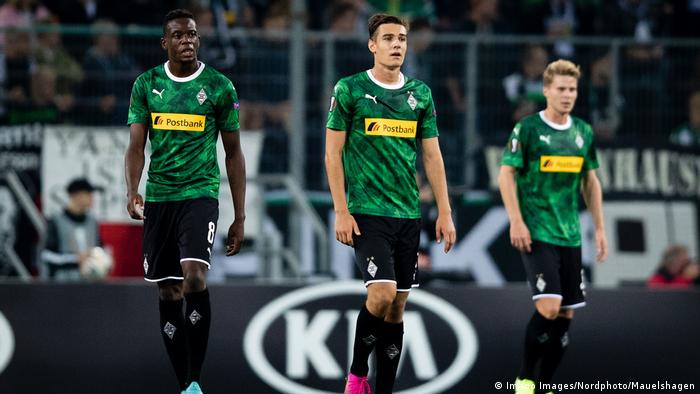 Gladbach's largest ever home European defeat arrived courtesy of a team sitting third in the Austrian first division. This was Wolfsberger's first ever Europa League group-stage match, but it was their hosts who looked out of place.

Gladbach's defeat was well deserved too, a matter made all the worse by the fact they fielded a full strength starting XI. There were no excuses, not that any spring to mind after a result this embarrassing.

This was supposed to be a gimme; Gladbach getting a win under their belts off the back of a win in the derby against Cologne. Head coach Marco Rose has otherwise had a stuttering start to life in the Foals' dugout, but here was a chance to show the fans what his football really looks like. Given that his old club was RB Salzburg, Rose appeared the ideal man to negotiate a win against the little known opposition from across the border. Instead, serious question marks will now be raised about his suitability for his biggest role so far.

It wasn't only that Gladbach conceded four goals, it was the manner in which they conceded them - a series of hapless decisions aided by poor concentration and a complete absence of communication.

Goal one: a nutmegged defender, unchallenged cross, goalkeeper beaten from a ludicrous angle. Goal two: a free header from a cross. Goal three: a player runs half the length of the pitch before his tame shot is parried straight back at him for a simple tap in. Goal four: a header from a cross. As sporting director Max Eberl told Nitro afterwards: "The players should sit in the changing room and ask themselves what just happened."

Of course, some of the Gladbach fans won't have got to experience the full humiliation. Many decided to leave at halftime, with the score already at 3-0 to the visitors. 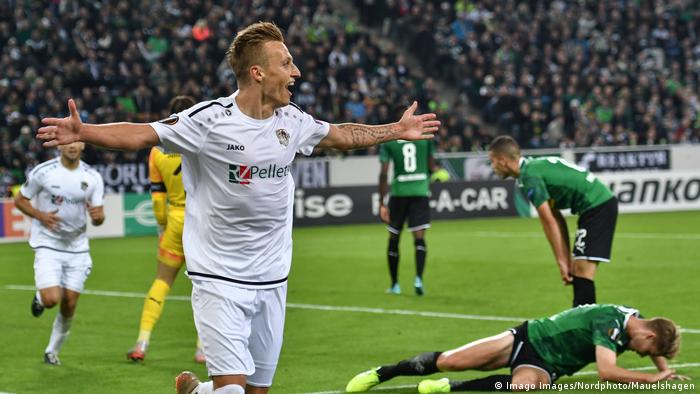 Gladbach players look broken as Wolfsberg make it 2-0 in the first half.

Gladbach weren't the only Bundesliga club to have struggled in Europe this week. Eintracht Frankfurt and Bayer Leverkusen also lost after poor showings, but Gladbach's defeat stands out for all the aforementioned reasons. "This was a rude awakening. We didn't just lose, we got hammered," Eberl said afterwards.

There has been a strange lack of cohesion to Gladbach so far this season. Alassane Plea's goals have papered over the cracks of anemic displays. Losing Thorgan Hazard in the summer can't have helped, but that doesn't explain the defensive errors.

Rose's side now have an important stretch of fixtures. They host Fortuna Düsseldorf before a trip to struggling Hoffenheim in the Bundesliga. Then October arrives and with it very tricky trips Istanbul and Rome to get their Europa League campaign back on track. After that, Gladbach return to domestic action to face Eintracht Frankfurt and Borussia Dortmund.

Rose needs to find a way to fire his players up, get his tactics nailed down and pray for a little luck if he's to make it through that run of fixtures. Whatever he needs to do, he must ensure that anything like tonight never happens again.