Marco Rose: The man primed to bring attacking football back to Gladbach

Borussia Mönchengladbach have secured the highly coveted signature of Red Bull Salzburg head coach Marco Rose. What's the story behind the promising coach with a penchant for attacking football? 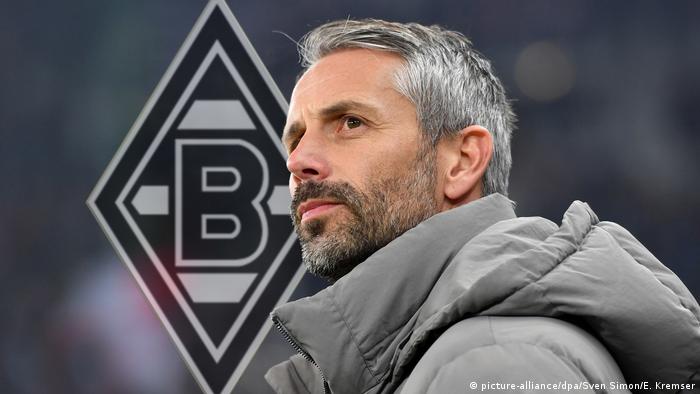 On Wednesday, Marco Rose finally ended the speculation regarding his future by announcing his decision to join Borussia Mönchengladbach in the summer.

"There wasn't just one offer, there were a few more," revealed the 42-year-old. "I've decided to seek a new challenge in the Bundesliga, which I'm really looking forward to. Gladbach are a great club with big ambitions and a great fan culture. Those are both things which excite me."

Fresh from announcing Dieter Hecking's impending departure, the Foals have moved fast to quash any lingering uncertainty regarding the club's future.

"In Salzburg, Marco Rose has produced six years of fantastic work and we're delighted that he'll be joining us as of next season," said sporting director Max Eberl.

While it remains to be seen whether Rose will be taking charge of a side in Europe next season, DW takes a look at what has led to him being one of the most in-demand coaches on the continent.

A lefty from Leipzig

Born in Leipzig, Rose is the grandson of one-time German international Walter Rose – a top tier footballer either side of World War II. His own playing career started in Germany's second division with VfB Leipzig in a five-year stint that was brought to an abrupt end when the club went bankrupt. It was during eight seasons with Mainz that the left-back made a name for himself under Jürgen Klopp, as the club twice won promotion to the Bundesliga in 2002 and 2005. "I was a totally dependable leader, but I wasn't an easy player to deal with and I had a bad temper," admits Rose.

Stepping up with success

Rose took his first step in football management after dropping into the Mainz reserves as a player/coach. A one-year stint with Lokomotive Leipzig saw a successful survival battle in the fourth-tier before Red Bull Salzburg offered him an avenue to further his footballing education. After impressing with Salzburg's youth sides and winning the UEFA Youth League in 2017, Rose was seen as the natural successor to Oscar Garcia later that year. His debut season saw the Austrian outfit crowned champions.

The 2017-18 campaign also included an incredible European run that took Salzburg to the semifinals of the Europa League. The club had never made it past the quarterfinals in eight previous attempts. Rose's brand of attacking football was a breath of fresh air until they ultimately got knocked out by Marseille. The wins over Dortmund and Lazio in the knockout stages will forever be firmly etched in the club's history books. Despite getting ousted by Napoli in the last 16 this season, Salzburg underlined by their attacking reputation by being the second-highest scoring team in the competition at the time and played their part in the elimination of 'sister club' RB Leipzig.

With his high-octane style triggering interest in his services from all corners, Rose received further endorsement from Klopp, who recently referred to him as the "most-hyped manager" when talking to Sky Austria. "I trust Marco in everything," the Liverpool boss said in a video message. "Marco can have any job and could do any job too." Though his choice of Borussias has differed to Klopp, his approach to the game and concept of club philosophy do not.

Before Salzburg managed to produce a miracle in overturning a 4-2 first leg deficit in last season's Europa League quarterfinal tie with Lazio, Rose provided some keen insights into just how he works: "We're working in a field, in which things must be to the maximum. Maximum attitude and maximum performance. We've always got to be at the limit." As he looks to take the next step in his career, the big question is whether Gladbach are ready to go to the limit with him.